The speculation, debate and conversations about Ohio State never end, and Lettermen Row is always ready to dive into the discussions. All week long, senior writer Austin Ward will field topics about the Buckeyes submitted by readers and break down anything that’s on the minds of the Best Damn Fans in the Land. Have a question that needs to be tackled, like the one today about how Ohio State and the health of Shaun Wade? Send it in right here — and check back daily for the answers.

What's up with Arnette and Wade's health?

The decision fit the definition, truly going right up to game time before Ohio State made the call that Shaun Wade wasn’t going to play at Michigan.

The versatile defensive back went through all of the warmups, dressed for the final walk-throughs before kickoff and didn’t seem to be showing many signs of pain with his undisclosed injury. But the Buckeyes didn’t see a full-strength Wade and didn’t want to push it — certainly not with the potential of playing three more games, even if the rivalry carries its own importance separate of the national championship.

Wade doesn’t usually command much of the spotlight on a star-studded defense. But just in case there was any doubt about his importance to the incredible turnaround of the Silver Bullets, the fact that he wasn’t out there in the first half couldn’t have been more clear as Michigan went through one of the most productive stretches any Ohio State opponent has had all season.

The Buckeyes adjusted in the second half, wound up getting some key plays from the backups in the secondary and eventually tightened up the pass defense to a level where the Wolverines only completed 4 of their last 23 attempts. Ohio State can survive without Wade, but its ceiling is a hell of a lot higher when he’s on the field — which he’s expected to be on Saturday in the Big Ten title game. 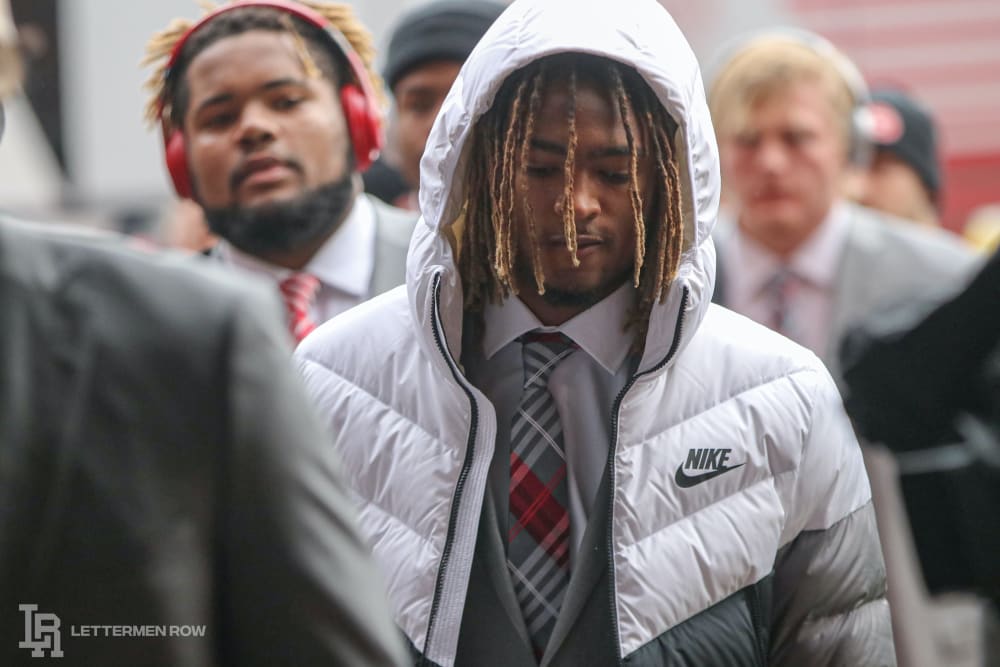 “I think certainly his absence was felt,” Ohio State coach Ryan Day said. “But especially late in the game, I thought Amir Riep stepped up to make a huge interception, we had a huge fourth-and-3 breakup. So while the chemistry was a little different at times, I thought he stepped up and played really well.

“It was close [for Wade], we just determined that he wasn’t quite ready. We wanted to be smart with that, and I think we made the right decision. So, we’ll keep letting him heal up, and he should be ready to roll for this week.”

The Buckeyes have played all injuries close to the vest this season, so it’s unclear what exactly slowed down the momentum Wade had been building. But based on his pregame routine at Michigan, it’s not the kind of injury that would appear likely to linger much longer, which will be bad news for Wisconsin.

The redshirt sophomore has been one of the best all-around defensive playmakers even without drawing much individual attention, leading the team with 8 passes broken up, intercepting a pass, chipping in a pair of sacks and forcing a fumble. When he’s added back into the equation alongside Jeff Okudah and Damon Arnette at cornerback, there simply isn’t much room to operate for opponents who are trying to deal with three future NFL Draft picks at that position.

Shaun Wade will be facing a decision about whether or not he’s ready to declare for the next level after the season. But the Buckeyes know they’ll have him for at least this postseason, and that championship march starts in Indianapolis this weekend.