COLUMBUS — The real show at Ohio State is on hold.

So for now, a simulated, hypothetical version is the best that can be done heading into the weekend that was supposed to be a showcase for the Buckeyes in the spring game.

The chance for a bunch of early enrollees to get their first experiences in the Horseshoe will have to wait. An opportunity to make final impressions in position battles for a few key starting roles won’t be there. And there will obviously not be a big crowd of Ohio State fans on hand to evaluated the progress for the three-time defending Big Ten champions.

Obviously, that also means there isn’t a game for Lettermen Row to cover on Saturday afternoon. Instead, that means Austin Ward and Jeremy Birmingham took matters into their own hands, staging a draft and arguing over who would win a matchup between two teams that are both loaded with talent thanks to the enormous collection of talent at Ohio State. 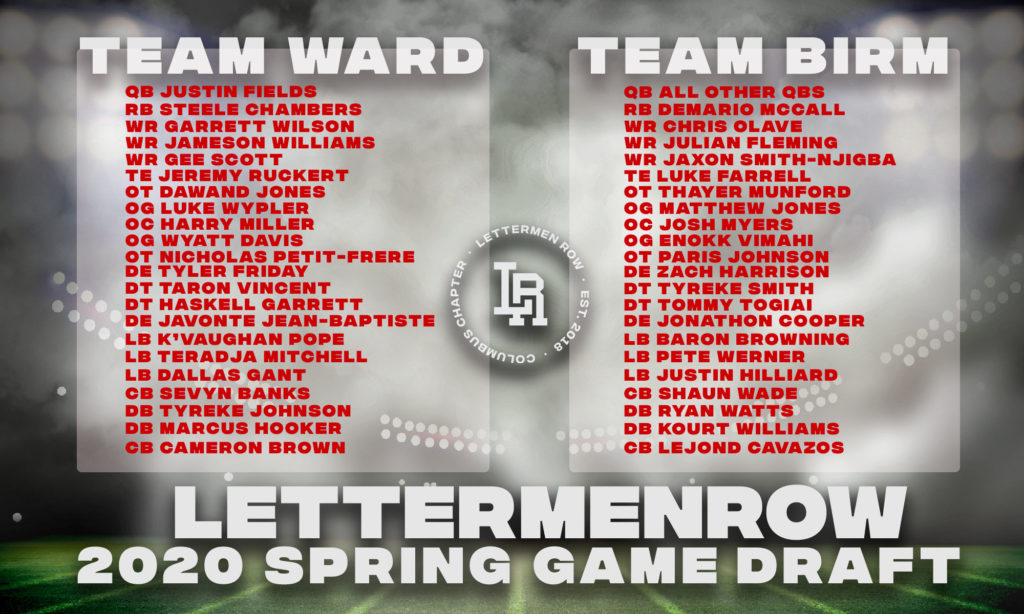 Nothing can replace the real thing, of course. Losing almost all of spring camp was a setback on the field for the Buckeyes, and they are still hoping at some point to get those workouts back. But there isn’t going to be an exhibition at Ohio Stadium this year, and the program certainly understands why as it has stressed the health and safety of players, coaches and fans since the moment the pandemic started spreading.

“Weâ€™re taking one day at a time, and weâ€™re not sure what the future brings,â€ Buckeyes coach Ryan Day said in a conference call. â€œEach week kind of unveils something new that might be coming down the road. So, weâ€™re just going to keep doing the best that we can, and we tell the staff that the No. 1 thing is taking care of their health and their family, then secondly communicate the best we can with our players to try to help them navigate through these times. 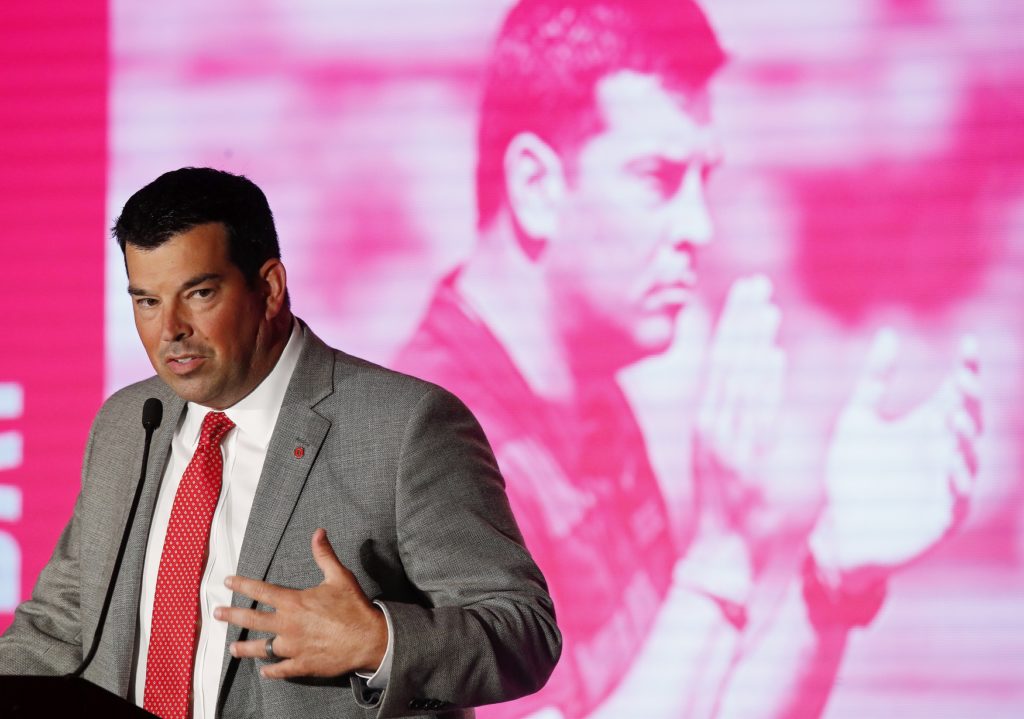 â€œItâ€™s a very strange and unique time. Certainly our thoughts and prayers are with everyone who is being affected by this health wise and their loved ones. Itâ€™s been a unique time for our players and our staff, for sure.â€

Somehow, some way, football figures to return as life eventually gets back to normal.

But until then, it’s still fun to pretend and imagine that there was an Ohio State spring game on Saturday. And watching these two teams battle it out would undoubtedly be worth the price of admission.