Ohio State redshirt freshman quarterback Tate Martell has entered the NCAA transferÂ portal, a move that allows the 2017 Gatorade High School Player of the Year to openly discuss his future with schools around the country and officially crack the door for him to transfer out of the program.

Martell’s time with the Buckeyes has been tumultuous from the start. But as recently as the final week of 2018, he was adamant that he’d remain in Columbus and compete for the starting quarterback job with incoming transfer Justin Fields and true freshman Matt Baldwin.

What happens from here for the Buckeyes and Martell? Lettermen Row is breaking it down with the important things to know moving forward.

Does Tate Martell have to transfer from Ohio State?

Entering the NCAA transfer portal does not guarantee that Martell is leaving the Buckeyes. But it does give him the option to do so and allows other schools around the country to contact him within the NCAA rulebook.

So as it stands now, Martell is still a part of the Buckeyes football program and could choose to stay at Ohio State. The timing of his decision is worth noting though, because there are no more football activities in Columbus until later this month and the deadline for starting classwork in the second semester is Jan. 20.

It seems Martell is hoping to find a new school before then, but if he doesn’t, he could return to Ohio State and compete for the starting job that he believes he’d win. 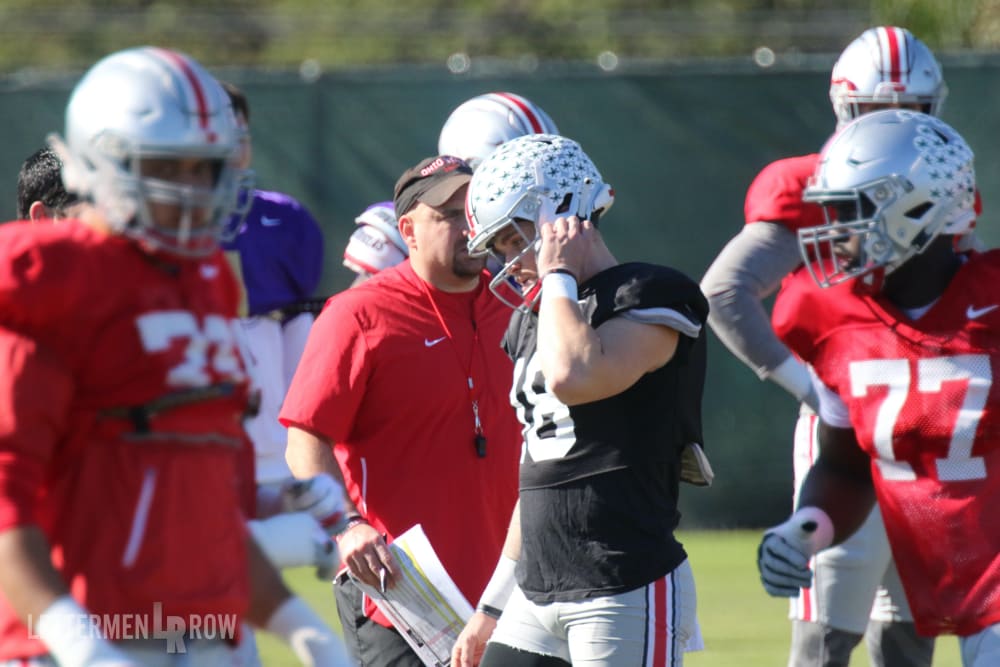 What happened with Ohio State and Tate Martell?

There have been transfer rumors swirling about Martell from the moment he arrived on campus with Ohio State. The Buckeyes have dealt with that situation for more than a year, and a number of different times in the last year there have been times when it appeared he might be close to leaving the program — including when he didn’t show up with the rest of the team on hotel check-in day in August.

While it’s not wise to put too much stock into unsubstantiated rumors, when they continue to arise and usually involve the same parties, it does become harder to ignore.Â There are also two sides to every story, and Martell’s assertions in December that he’d return to Columbus and compete for the starting position seemed genuine.

What isn’t known, though, is what he believed about the upcoming quarterback competition.

Lettermen Row sources have indicated that the Buckeyes planned to go into the spring with a wide-open competition for the quarterback position, with Martell, Baldwin and Fields each starting on even footing. Sources close to Martell have indicated that the redshirt freshman believed the spot at starter should be his to lose, however.

As the announcement of Justin Fields to the roster became official, those same sources close to Martell believed Fields was likely to get preferential treatment and be given a better chance to win the job. That is ultimately what seems to have changed Martell’s mind about competing through the spring: The belief that he’d get a fair chance to become the starter.

If Tate Martell transfers from Ohio State, where does he go?

If Martell does leave Ohio State in the very near future, there are a handful of schools that have already expressed interest in the three-time national championship winner quarterback from Las Vegas.

Miami recently added Martell’s good friend and former teammate at Bishop Gorman High School Bubba Bolden, and it will be a top contender to land him. So is West Virginia, as new Mountaineers coach Neal Brown could be in the market for a dynamic quarterback.

Other schools of interest include UCLA, USC and Oklahoma. At this point, though, the Sooners have not reached yet out according to Lettermen Row sources.

The biggest question with any transfer in today’s NCAA climate is whether or not a waiver for immediate eligibility would be granted. Sources close to Martell have indicated that the 5-foot-11, 215-pound quarterback would attempt to win an NCAA hardship waiver, though the path for doing so isn’t cut-and-dried. 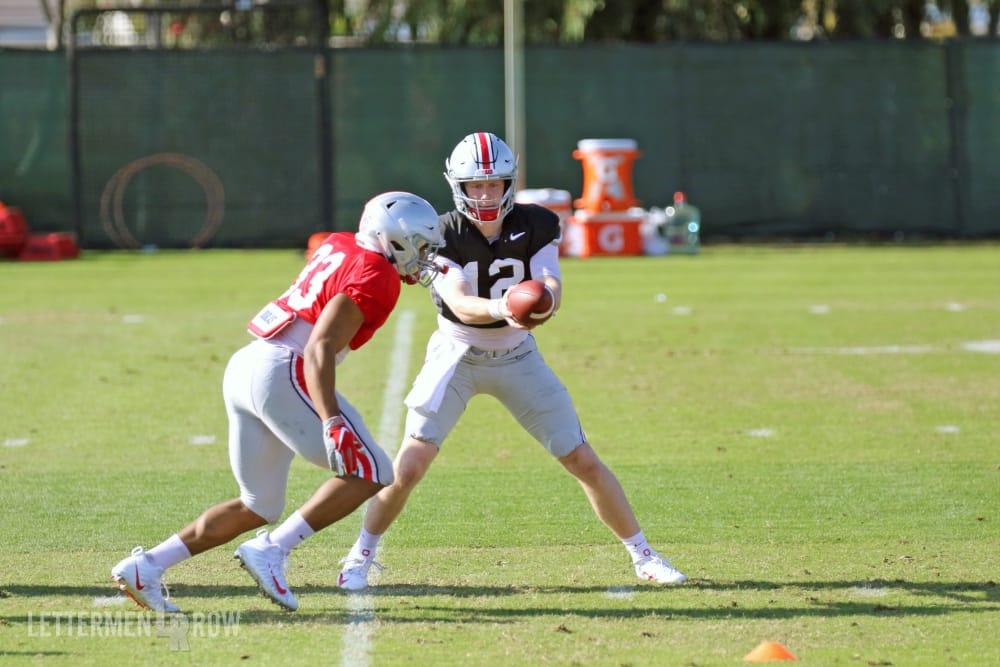 What will Ohio State do if Tate Martell transfers?

Ohio State went after Justin Fields because it wanted to make sure it had a fourth scholarship quarterback on the roster — and Fields is among the most talented players in the country. If Martell leaves, Ohio State will be back to three players at the position and would potentially enter the spring with Fields, Baldwin and graduate transfer Chris Chuganov as the only scholarship quarterbacks.

The Buckeyes did not land a quarterback in the Class of 2019 during the early signing period, and with only three weeks before the second signing period, the odds of adding one are low. That means it wouldn’t be a surprise to see Ohio State make overtures towards another graduate transfer at quarterback this spring.

If a decision isn’t reached on eligibility for Justin Fields in the near future, the Buckeyes may be forced to act quickly to bring on another quarterback for the 2019 season.