Urban Meyer had inklings way back during spring practice that maybe this would be his final season. The Ohio State coach admitted there was frustration over the summer that also kept that thought in his mind. And when the intense pain was knocking him to his knees on the sideline in October, Meyer was finally on the brink of accepting that his days in the profession at his beloved alma mater might be numbered.

But thereâ€™s also an intense competitor that was never buried under the surface at all. That version, the one that drove him to become one of the all-time greats in college football history, was battling with the husband, father and grandfather who needed to hang up the whistle.

Finally there was a winner over the last 48 hours after one more Big Ten championship. And Meyer can hand the reins over to Ryan Day after the Rose Bowl and head home to Shelley and the kids with absolutely no regrets.

In fact, there was really no other choice.

â€œThe style of coaching that I’ve done for 33 years is a very intense, very demanding,â€ Meyer said. â€œYou can ask our former players the expectation, the way I’ve been. And I’ve tried to delegate more and be CEO-ish more, and the product started to fail.

â€œI didn’t feel like I was doing right by our players and by [athletic director] Gene [Smith]. And the challenge was: Can I continue to do that in that style?â€

The answer was no. And it was always going to be no from the second Meyer opened up about his arachnoid cyst and the intense pain he was dealing with doing everything from blowing a whistle to watching his team in the red zone. 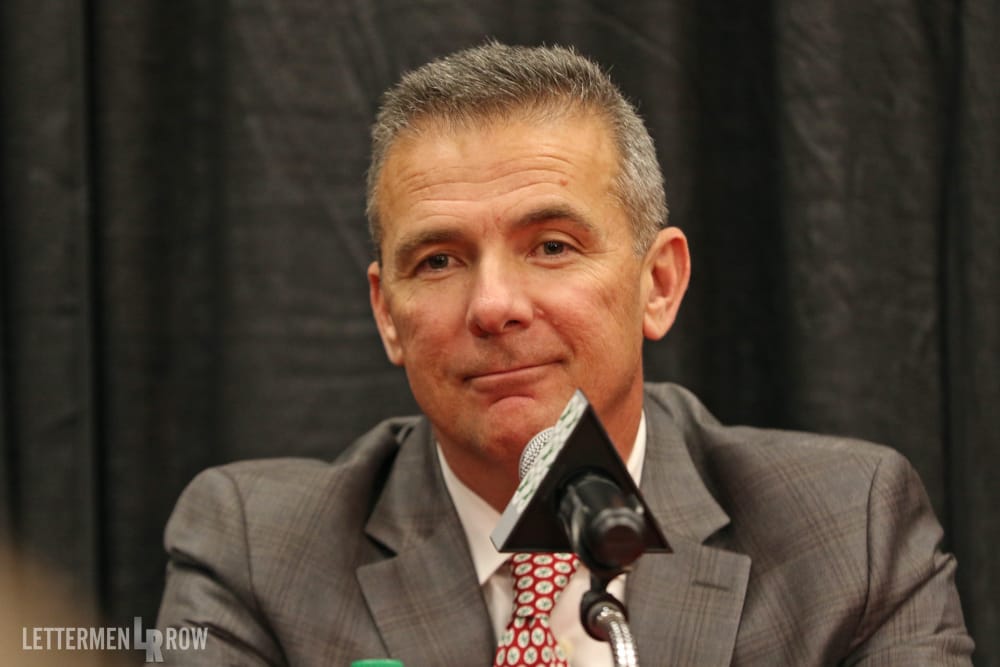 There will always be parts of Meyer that will bristle at this decision, that will take the cyst as a personal challenge to overcome on the way to winning championships. Thatâ€™s why one of the first questions and most-repeated topics on Tuesday was whether or not he was really, finally done with coaching.

But there is good reason to believe Meyer about his intentions moving forward now, and they were lined up to his left in the second row at the Fawcett Center looking on as the family man took control. And if there was anybody doubting that this decision was inevitable, the tears, hugs and special moments the Meyers all shared after the last two wins might as well have been blinking neon signs.

â€œFirst of all, that was one of the greatest moments in our, maybe, life to beat our rival â€” seven years in a row,â€ Meyer said. â€œAnd the first people I always try to share with, everybody knows that I’m always asking, â€˜Where they at, where they at?â€™ All due respect to everybody here, I want to share it with the people I love the most. I’m always looking for them.

â€œYou drop a pass, you drop this, someone’s two-point conversion gets caught, this is a tough deal now. And we’ve lived it our entire lives, Shelley and I and our kids and our family. And so I can’t tell you the exact time, walking off the stadium against our rival in that last game, things started to cross my mind. Going into Indianapolis, started to cross my mind. I wanted to go longer.â€

That desire was trumped by another one, and Meyer ultimately made the right decision.

Ohio State, in turn, made a smart one by promoting Ryan Day internally to fill the void on top of the program and continue building on the foundation Meyer is leaving.

Itâ€™s a difficult task, thereâ€™s no question about that. The move is also not without some element of risk since Day has only been a head coach for three games in an interim role. But his cutting-edge offensive acumen is reminiscent of a younger Meyer, heâ€™s spent the last couple years learning under his wing â€” and heâ€™s going to benefit from being surrounded by a bunch of other staffers who know and understand how the program should operate. 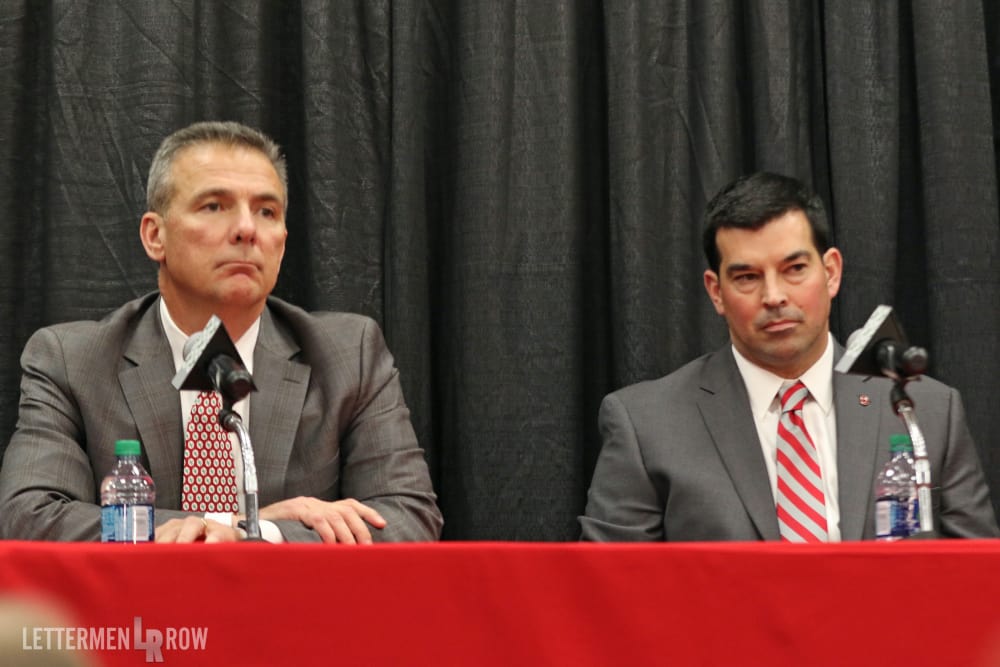 Ryan Day will take over the Ohio State program for Urban Meyer after the Rose Bowl. (Birm/Lettermen Row)

“I think Coach Meyer and I, the values and morals and what our beliefs are, we share a lot of the same things in common,â€ Day said. â€œAnd I think anytime there’s a change in leadership, there’s a different personality, there’s a different style involved with it, different demeanor. But we share so much in common that there’s going to be a lot that’s carried over.

â€œThe footprint that he’s left here and the infrastructure is strong. And knowing that and being here for two years and seeing exactly how it’s been done gives me great confidence. But itâ€™s very humbling to be taking over for Coach Meyer after what he’s done here.â€

All Meyer did was put together one of the most impressive seven-year runs in the history of the program.

There are three new Big Ten championship titles and a national championship trophy in the lobby that werenâ€™t there when Meyer was hired. The recruiting success has never been better. The graduation rates and Real Life Wednesday programs have elevated Ohio State to a level off the field that matches what it has done in the Horseshoe.

That work has Meyerâ€™s fingerprints all over it.

But those canâ€™t be seen without letting go, and Meyer was wise enough to recognize it was time to do it.