So when the Buckeyes once again needed to make a move to complete the coaching staff, they didn’t need to look far to find somebody who understands the program and already has the trust of the guy in charge.

Multiple Lettermen Row sources confirmed that Ryan Day moved relatively quickly to promote a staffer from within for the second straight year, elevating Fleming to a full-time role to fill the void left by the retirement of co-defensive coordinator Greg Mattison. Ohio State has not publicly confirmed the hiring yet, but Day is expected to announce the move during his National Signing Day press conference on Wednesday.

Day should also be addressing what is expected to be the new assignment for special-teams coordinator Matt Barnes, who will have an expanded role in the secondary as Fleming takes control of the kicking game moving forward. 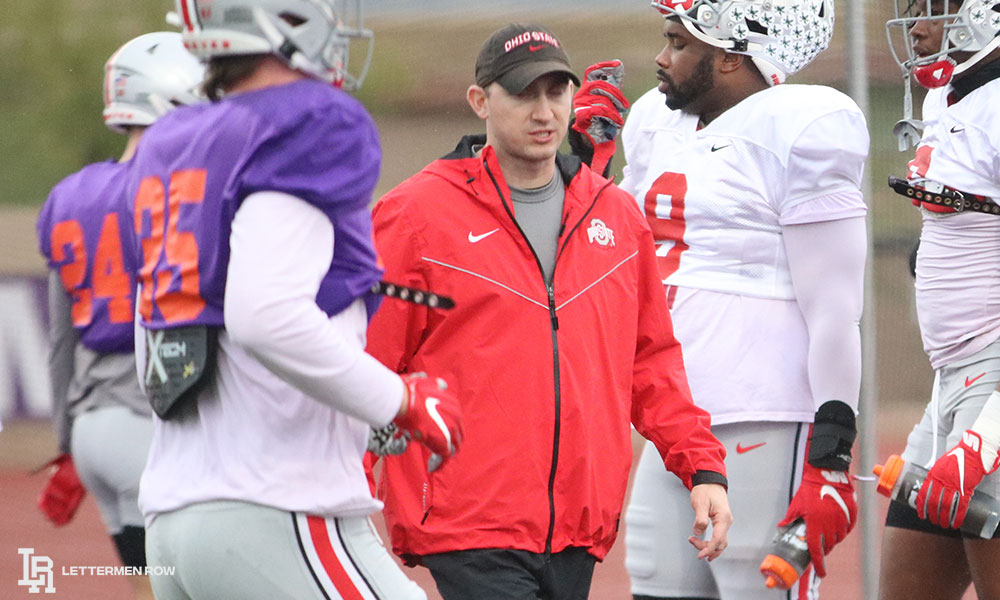 Ohio State is adding Parker Fleming to the coaching staff in a full-time role. (Birm/Lettermen Row)

â€œI think we have a really good group of guys there right now who are versatile, so weâ€™re going to look at all options,â€ Day said earlier in the offseason. â€œIs there somebody else out there who can take Gregâ€™s spot in that same exact role that he did? Or are we going to just move some things around and reassign some of the job descriptions? Thatâ€™s all up on the table.

â€œWeâ€™re working on that now and looking at all different options. Iâ€™m not really set on what exactly that role needs to be. Just want to put the best group together and give our guys on defense the best chance to be successful.â€

The Buckeyes had opened up the possibility of a national search and had the flexibility to hire in multiple positions thanks to the versatility Barnes brings the staff. But in the end Day elected to stick with a familiar face with plenty of institutional knowledge, keeping Fleming in the program to continue his second stint with the Buckeyes after initially launching his career as a graduate assistant under Urban Meyer before spending time as a full-time staffer at James Madison and Texas State.

Now Parker Fleming is ready for the next step up in his career. And Ryan Day once again has a complete coaching staff.