COLUMBUS — There’s no question Justin Fields will be the first Ohio State product taken off the board in next week’s NFL Draft.

Draft experts and analysts seem to change his landing spot by the day — but he’ll be taken somewhere in the first round. After Fields, though, the next Buckeyes player picked is an unanswered question. In his latest mock draft, ESPN draft guru Mel Kiper Jr. doesn’t have a single Ohio State player going in the top two rounds outside of Fields.

Ohio State had 14 former players invited to this yearâ€™s NFL Combine — the most of any school. Something has to give, right?

“I’d say Pete Werner has got a really good shot,” Kiper said. “You know, he showed what he did in coverage with [Pat]Â Freiermuth, what he’s done in terms of making plays down the field in coverage and he tested really well. I think he tested above and beyond what people have thought he would. I think Baron Browning as well would be right in there with Werner.

“Two linebackers there that certainly have a great opportunity.”

Lost in the buzz of the Justin Fields throwing session at Ohio State’s Pro Day was Werner’s performance. The linebacker measured in at 6-foot-2 and 238 pounds and pushed out 20 reps on the bench press. But it was his 39.5-inch vertical jump and 4.58-second 40-yard dash that has captured Kiper and other NFL scouts. Those numbers are comparable to the top linebackers at the 2020 NFL Combine.

For all Werner did during his time in Columbus, his athleticism wasn’t talked about much. Known more for his no-nonsense approach and physicality, he flew under the radar in his three years as a starter. What he brought to the Silver Bullets was his stability paired with a reliableÂ production level. And holding Penn State tight endÂ Pat Freiermuth to a season-low three receptions for 46 yards has helped his draft stock, too. 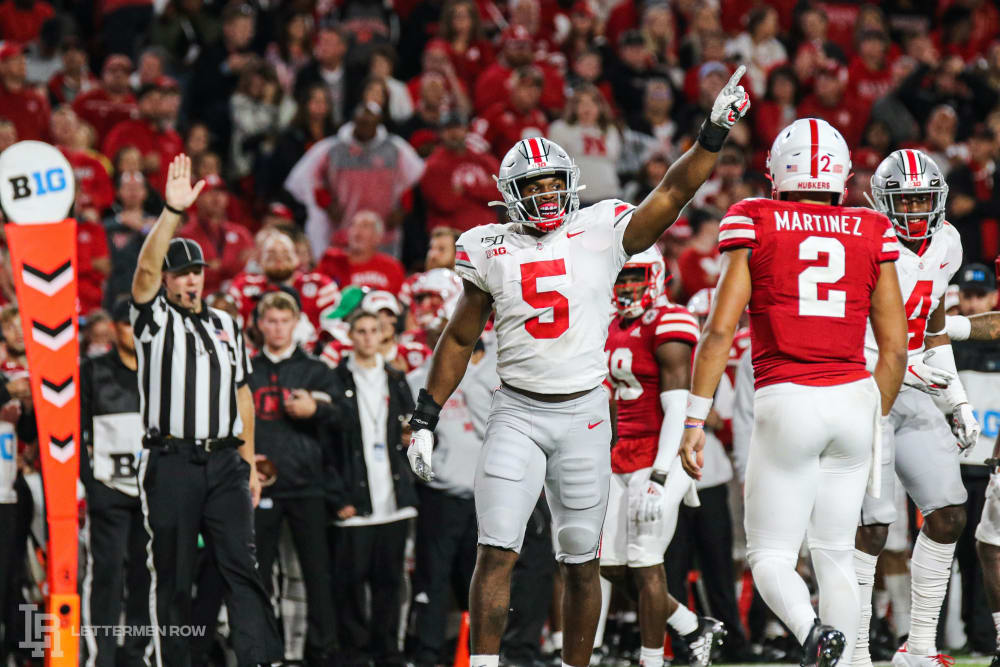 Ohio State linebacker Baron Browning could go in the third round. (Birm/Lettermen Row)

Browning’s versatility is attractive to NFL teams. When the Buckeyes needed a middle linebacker last season against Michigan State, the outside linebacker moved inside. He had a breakthrough junior season and could’ve left for the NFL but opted to return, building his draft stock.

His raw talents that made him a top-20 recruit coming out of high school are still there, too. Projected initially as an outside linebacker in high school, he switched to the inside when he got to Columbus. Browning’s ability to be an all-around defender make him even more attractive to NFL franchises.

Kiper has Werner as the No. 6 outside linebacker in this year’s draft. Originally a late-Day Two or early-Day Three pick, his Pro Day put him in solid position to be drafted relatively early. As for Browning, some see him going in the third round. Kiper has him as the seventh-best inside linebacker on his board.

For the first time since 2015, Ohio State will probably only see one player — Justin Fields — taken in the top two rounds of the NFL Draft.Â That’s fine. When the draft wraps up next Saturday, odds are strong the Buckeyes will have the most players picked this year.

Whether Baron Browning or Pete Werner go before each is the unknown. But both endow the necessary skills to excel at the linebacker position at the next level, something the top draft expert thoroughly believes.