COLUMBUS — A fresh start at linebacker for Ohio State doesn’t necessarily have to mean fresh faces.

And if a new scheme is all it takes to unlock some of the clear potential for the Silver Bullets, the Buckeyes may not need to dramatically shake up a lineup that has all three starters from last season back in the fold.

Maybe changes will happen. Or perhaps the glimpses of athleticism, a heady ability to read what’s happening on the field and a knack for making some truly timely plays will mean Pete Werner isn’t going anywhere at linebacker for the Buckeyes.

It’s still quite early in spring camp for any kind of sweeping prediction. But in putting together any sort of projection for the Buckeyes at the second level, Werner isn’t somebody who just be overlooked just because he was on the field for some of those well-known struggles last year under a different position coach.

“It’s competition,” new Ohio State linebackers coach Al Washington said last week. “And it’s kind of like: Next Man Up right now. We have so many guys, you kind of have to roll them and try to put guys in different spots. But they’ve been competing, and I’ve been pleased with that part of it. 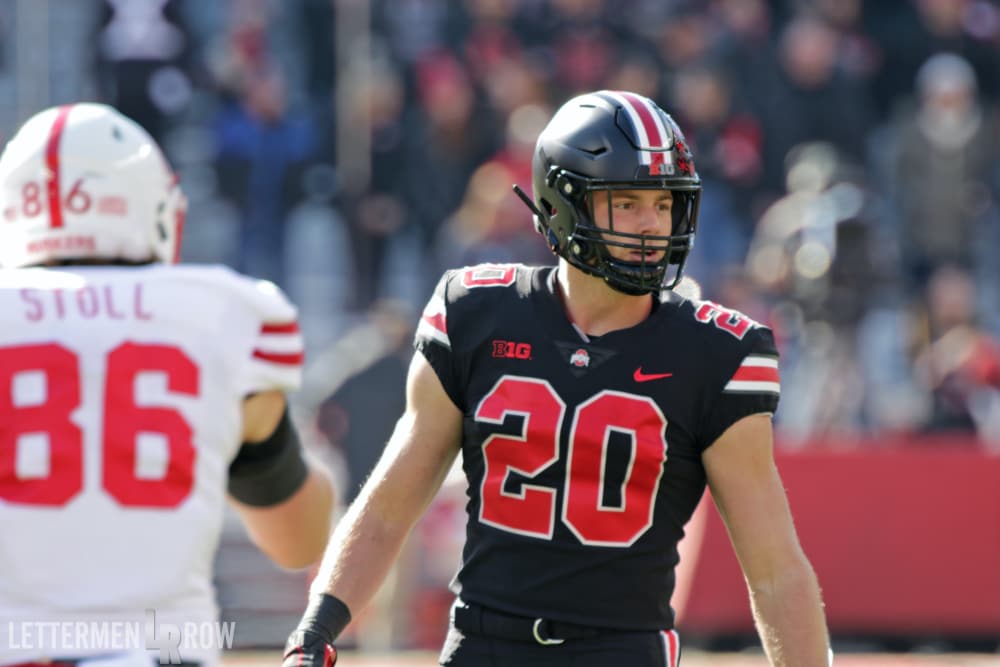 “Those guys like Pete Werner, Justin Hilliard, Baron Browning, those guys have been here and they’ve got equity. You respect that, and that stuff matters.”

The Buckeyes can also throw Malik Harrison and Tuf Borland into that conversation thanks to their previous experience. Harrison, in particular, is pretty much a lock for a prominent role again after he put off the NFL to spend another season with the Buckeyes — but if he’s the only one, Werner is at least continuing to do what he can to stay in the rotation as well.

What does Pete Werner do that makes him valuable on defense? How can he take the next step after getting a year of experience under his belt? Will the new scheme set him up for more success? Former Ohio State linebacker Zach Boren was in the film lab breaking it all down in his latest episode of BuckIQ with an eye on Werner.