â€œItâ€™s like a lot of things, you get a transfer kid and you always go, â€˜Thereâ€™s a skeleton someplace. Why is this kid leaving?â€™â€ Streiff told Lettermen Row this week. â€œYou kind of worry about it. Iâ€™d met his mom [Nancy] and dad [Greg] while Pete was here on a visit, but I hadnâ€™t physically seen Pete yet.

Still, Streiff continued to seek a flaw of Werner — anything that would have tempered Streiffâ€™s growing enthusiasm in the budding prospect when Werner arrived at powerhouse Cathedral midway through Wernerâ€™s prep career.

â€œWe got into the summer, weâ€™re doing workouts, getting ready to play and I keep looking for a chink in the armor, like, â€˜Whatâ€™s up? Whatâ€™s wrong? Whereâ€™s he missing something?â€™ But there wasnâ€™t one,â€ Streiff, a 34-year coaching veteran who recently ascended to the Cathedral athletics directorâ€™s chair, said. â€œThat was the beauty of it. Heâ€™s one of the handful of transfers Iâ€™ve had who came in and worked out perfectly. It could not have been a more pleasurable experience. There’s not a harder worker around.

All the things he’s doing now at Ohio State was him from Day One with us. Itâ€™s fun to watch him take off and explode now.â€

The rise is really starting now with the Buckeyes. 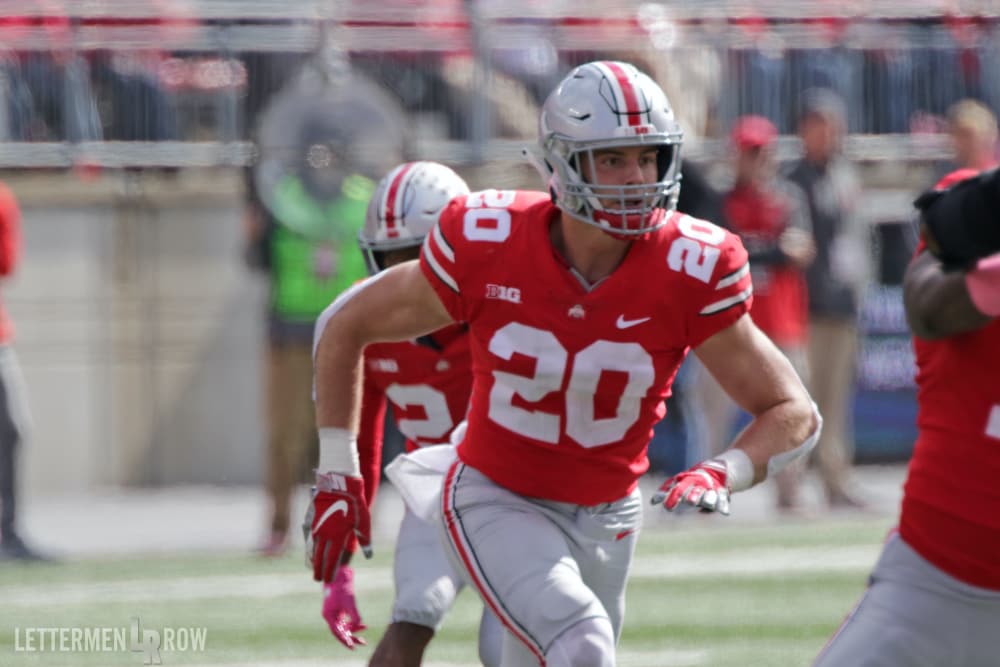 Ohio State linebacker Pete Werner is coming off the best performance of his career with 10 tackles last week for Ohio State. (Birm/Lettermen Row)

Werner last week against Minnesota uncorked a career-best 10-tackle performance. His role has continued to expand for the No. 2 Buckeyes (7-0), who have been besieged by injuries to defensive starters and earlier this week learned All-American Nick Bosa opted not to return this season.

â€œYeah, a little bittersweet,â€ Werner said of last weekâ€™s 30-14 win against the Gophers. â€œHard question to answer about how [improvement], but like [defensive coordinator Greg Schiano] said, weâ€™ve got to keep on chopping, learn from this.

â€œFrom guys being hurt, guys gotta step up and get going. … People have got to step up and thatâ€™s what weâ€™ve got to do.â€

Werner has amassed 19 tackles, four of them behind the lines of scrimmage, in the past three weeks. He also showcased the versatility against Minnesota that enabled him to earn All-State honors at two different positions in two different seasons at Cathedral. Werner ranged sideline-to-sideline to make plays for an Ohio State defense that shut out the Gophers over the final 41 minutes and limited the visitors to 226 yards offense across their final seven possessions.

â€œWe got beat more off the slant than the run,â€ said Werner of an Ohio State defense that allowed 14 points and 176 yards on Minnesotaâ€™s first three possessions. â€œSo they were having me stick out a little bit more on the wide receiver thinking that I wouldnâ€™t come in, then run there and then they would get a run of 2 or 3.â€

Streiff recalled Wernerâ€™s ability to flash into different positions as something that quickly separated Werner on the high school level.

â€œItâ€™s kind of a crazy story,â€ recalled Streiff, who has 17 former players on Football Bowls Subdivision rosters and seven of whom will be on the field Saturday when Ohio State visits Purdue. â€œHe ran and moved well enough, we played him basically at a safety spot but ended up being man-on against some heavy run teams. We could put him on the short side of the field playing corner against the tight end on the backside of a formation and just turn him loose and let him run.

“Some of the man-to-man stuff I saw him do last weekend against Minnesota, heâ€™s physically capable because we had asked him to do it. He was All-State as a defensive back as a junior and the best linebacker in the state as a senior.â€ 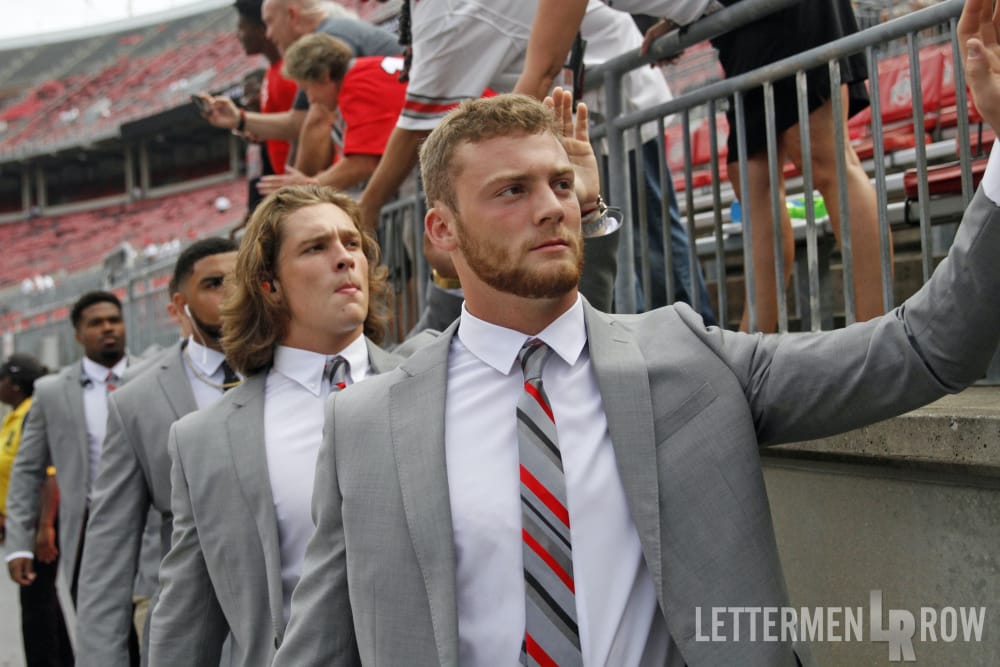 Werner likewise wasnâ€™t always headed to Ohio State. In fact, he first had verbally committed to another resident in this weekâ€™s top 25 — fourth-ranked Notre Dame.

â€œHe was getting offers, and then Notre Dame offered — and thatâ€™s one of those handful of schools that when you get an offer as Midwest kid, you kind of become enamored with it,â€ Streiff said. â€œPete had a couple really good visits to Notre Dame and made his commitment there. I donâ€™t know exactly how Ohio State finally got going with him, but Coach Meyer became relentless. He saw something in Pete that he just was relentless.â€

So Meyer pleaded with Werner, despite his Irish commitment, to simply check out the Horseshoe.

â€œ[Meyer said], â€˜I get it, youâ€™re committed. But come take a visit. It was the Michigan-Ohio State game,â€ Streiff said of the classic 2016 rivalry showdown. â€œIt was a great football game. One of those where he just was like in awe.â€

Then Meyer made a business move that basically on the spot ensured Werner would choose the Buckeyes.

â€œUrban Meyer grabbed him and said, â€˜Hey, sit in this room for a second, Iâ€™ve got somebody I want you to meet,â€™â€ said Streiff, whose duties as athletics director will keep him from Saturdayâ€™s game in West Lafayette, Ind. â€œ[Nike founder] Phil Knight had about a 15-minute conversation not even about football but about business with Pete. He comes back, his eyes were about to bulge out of his head, and said he had just met with the president and CEO of Nike one-on-one about business.

â€œAt that point, Coach Meyer was kind of a shark in the water who smelled blood and basically said, â€˜Iâ€™ve got a chance now.â€™ He kept chasing, I think Pete finally realized this guy really wants me, itâ€™s the best fit for me, and itâ€™s where I need to go. The rest is history.â€

Yet as the Buckeyes chase history again this season, the rest is just getting started for Werner.