COLUMBUS â€” The Ohio State quarterback competition has added another candidate: Quinn Ewers is on the way.

The superstar five-star quarterback Ewers has officially announced his intentions to reclassify to the class of 2021. He will skip his senior season of high school football and enroll at Ohio State in time for fall camp this month. Ewers now enters a Buckeyes quarterback room already littered with competition.

Ewers was expected to be a senior at Southlake (Texas) Carroll High School this fall, but he elected to graduate early, leave his hometown and enroll with the Buckeyes in August rather than January when he was originally slated to join the roster. Now he can begin learning the Ohio State playbook months before the original plan with hopes of cashing in on his Name, Image and Likeness while starting to compete for snaps on the practice fields.

Ewers was unable to sign any endorsement deals as a high school player because of Texas state law. He is now free to do so after he officially enrolls at Ohio State, and he could potentially earn seven-figure endorsement deals.

“This is not a financial decision,” Ewers tweeted. “This is about what is best for my football career. At 18, and with one final class about to be completed to earn my high-school degree, I feel it’s time to get the jump on my college career that is available to me. I am eager to start learning from coach Day and the rest of the coaching staff.” 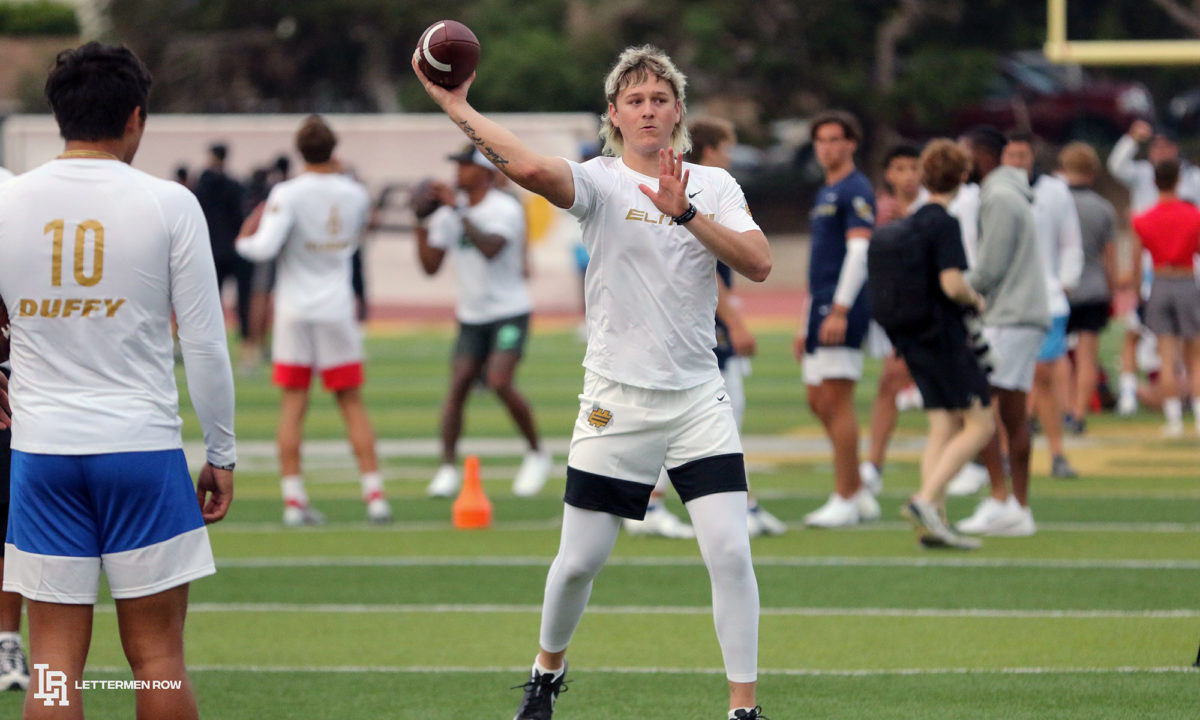 Ohio State quarterback Quinn Ewers has reclassified to the class of 2021. (Birm/Lettermen Row)

Ewers will have a major uphill battle to win the starting quarterback job in just four weeks of training camp — or potentially less depending on when he arrives and is cleared for action. C.J. Stroud and Jack Miller have both been in the program for more than a year. Stroud is the projected starter. Freshman five-star Kyle McCord enrolled in January and has had months to learn the playbook. Ewers is certainly well behind in those aspects.

But the five-star Ewers is the highest-rated recruit to pick the Buckeyes in the modern recruiting era. He has the arm strength and skillset to be an early factor in the Ohio State quarterback room.

He’ll have a chance now to prove himself at the collegiate level. Quinn Ewers is skipping his senior season of high school in Texas to come to Ohio State early.

The intrigue in the Ohio State quarterback room in training camp is increased.