The country’s top-ranked quarterback always draws a crowd. He doesn’t talk to the media much, so for people who’d never seen Ewers in person before, he was the key target.

Cade Klubnik was standing about 10 yards away, alone. I walked over and asked him if I could talk to him for a minute.

“Well sure,” Klubnik said laughing. “No one else wants to.”

That of course, isn’t true. Plenty of folks wanted to talk to Klubnik. However, a large percentage of the media in attendance was there to cover Ewers. He’s the story, the headliner almost always.

Klubnik doesn’t want to dwell on it, because he knows who he is. He’s different than Ewers but the two have a lot in common. They’re two of the country’s best high school quarterbacks, they’re both from Texas, and they’re both leaving the Lone Star State for greener pastures in college.

And it’s growing friendship between the two that they want to focus on. These two high school rivals know some will try and create a rivalry instead.

It’s story very similar to what happened in the summer of 2017 when Justin Fields and Trevor Lawrence went toe-to-toe at theÂ Elite 11. For their part, Quinn Ewers and Cade Klubnik aren’t buying it.

“I don’t feel a rivalry,” Ewers said. “I feel more of a friendship. Cade is a great guy. We’ve got a lot of things in common too. I know a lot of people want it to be a rivalry but at the end of the day, we’re friends.” 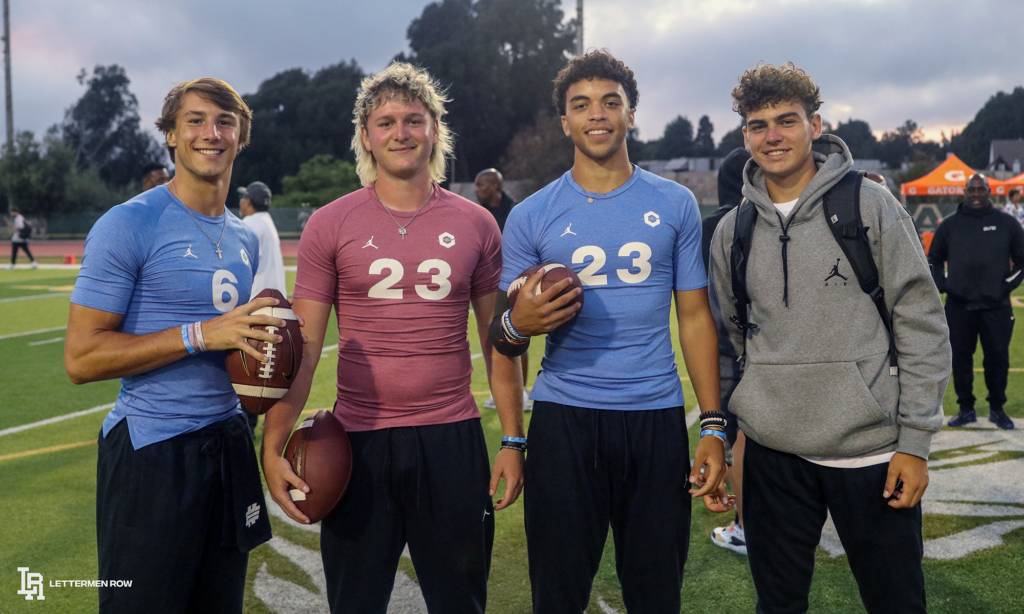 It’s a friendship that is somewhat new. Both young quarterbacks had heard of each other through the years, though. Todd Dodge, Klubnik’s coach at Westlake (Austin) High School is the father of Ewers’ coach, Riley, at Southlake Carroll. The two Texas powerhouses met this past January for a state title tilt at AT&T Stadium in Arlington. Klubnik bested Ewers that day. When the game was over, Klubnik sought out his would-be rival to offer support, finding Quinn Ewers understandably upset.

“It really showed his character,” Ewers said. “For him to do that, just after the game, he could have been celebrating. But he looked for me and wanted to acknowledge me and that meant a lot.”

Klubnik says it was just the right thing to do.

“I’d never talked to Quinn in my whole life before that moment,” the Clemson commit said. “When we finished that game, it just felt like God put in my heart ‘go say something to him.’ It was super weird. I literally had to run over there and say something to him, just tell him ‘Bro, you’re one of the best quarterbacks I’ve ever seen.'”

Since that first meeting, and throughout their time in California, things have been different. Both Ewers and Klubnik know they’re likely to meet again on the field. Maybe this season, maybe down the road in a College Football Playoff. Maybe even in the NFL. They’re friends, but they’re both intense competitors and last year’s game is on both their minds.

“I think he’s still bitter about that game,” Klubnik joked. “He’sÂ too nice to me now. But me? I loved that game. It wasÂ such a good game. Really though I think most anyone else here would just not talk to me. Quinn is too nice to me.”

Ewers doesn’t admit to being bitter, of course. But he’s definitely motivated. His goal is simple: he wants to be the one consoling Klubnik the next time. That is driving him.

“My biggest goal right now,” Quinn Ewers said. “Is to get back to the state championship game and to come through with a win this time.”