The summer offseason is in full swing, and Lettermen Row is trying to survive it with our annual Position Week breakdowns. By the time all nine units at Ohio State have been covered, training camp and media days will nearly have arrived — and the return of football in the Horseshoe will be just around the corner. Let’s kick it all off with the Buckeyes quarterbacksÂ and commitment Quinn Ewers.

Maybe not about a clean-cut appearance, though the shaggy bleach-blonde mullet has taken on a life of its own with what the Southlake Carroll quarterback thinks is an even approval rating for his hairstyle.

He has little interest in attention. It certainly follows the top-ranked player in the country everywhere he goes, though Ewers does nothing to court it beyond throwing ridiculous touchdowns and is far more interested in talking about his team than himself.

And he’s definitely not concerned about outside opinions of his recruitment. By now there are well-practiced defenses up to steer away from that topic, and any conversation built around his choice of Ohio State after decommitting from Texas last fall is going to be a short one. 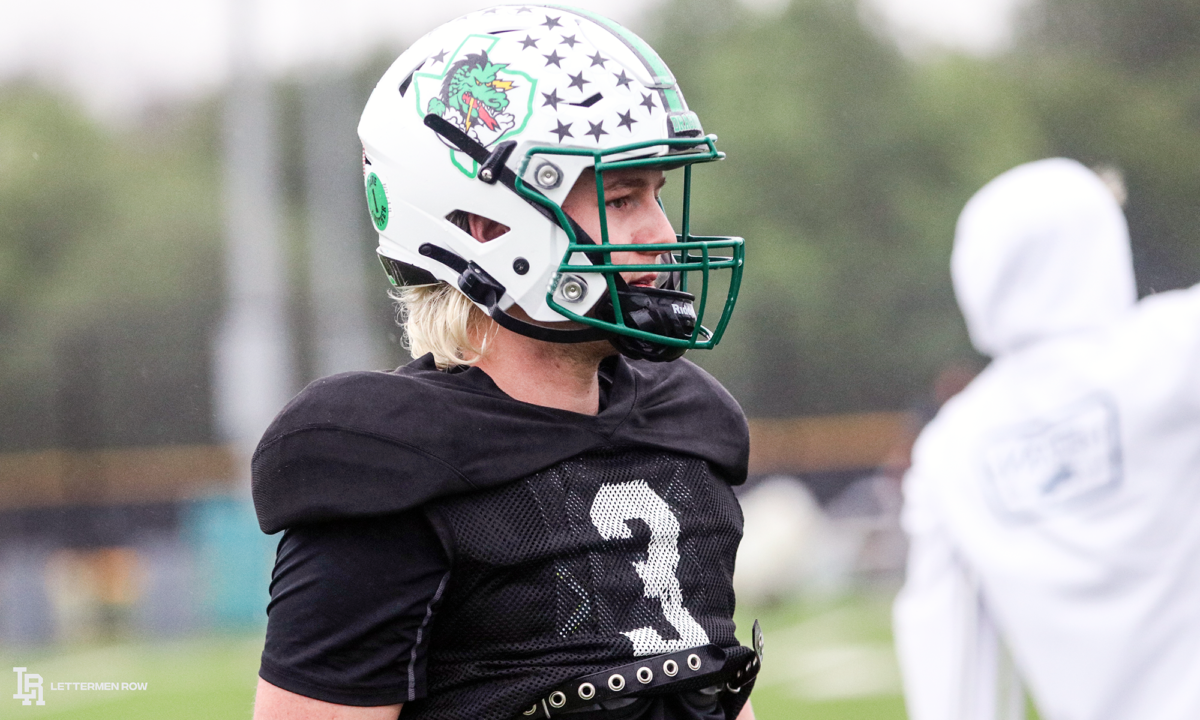 But his teammates? Ewers is more than happy to talk about Protecting the Tradition with the Dragons and dive into the ping-pong battles they have away from the field.

Hunting and fishing? Pass the rod, grab some camouflage and get ready to hear about intense family competitions.

Musical tastes? Hey, there are perks to being QB1 in Texas, and it’s not a coincidence that Texas-Country rocker Koe Wetzel is on the speakers when a spring practice kicked off earlier this month.

Yeah, Quinn Ewers is passionate — on his terms, not for anybody else.

“Iâ€™m not trying to put the spotlight on me,” Ewers told Lettermen Row. â€œI just have my own style. Iâ€™m just trying to be me.”

It’s that style, of course, that catches the eye first.

The hair spilling out of the back of a white Southlake helmet would be noticed even if his physical presence or the way he casually flicks 45-yard deep balls didn’t stand out immediately. It’s probably not going to stick around forever, and there is some debate between his parents and at least one of his favorite targets about whether it will survive all the through his anticipated signing date with the Buckeyes in December.

But Ewers seems to have given that little thought when Lettermen Row visited in early May. Instead he was looking ahead to a weekend on the lake and trying to figure out what else needed to be accomplished before the end of spring camp after putting on an absolute clinic during a scrimmage on the indoor field at Southlake Carroll. That mentality is exactly what made him so appealing to coaches around the country while also continuing to strengthen his bond with his tight-knit circle of Dragons.

“He’s pretty quiet,” Southlake Carroll wide receiver Landon Samson said. “He doesn’t like going out in the limelight. If you ever asked him about his recruitment, he would never talk about it. In the locker room when he started getting status, he would never come in and celebrate that or anything. He was so quiet about everything, I didn’t even know he had half of the offers he had until I went on Twitter one day. 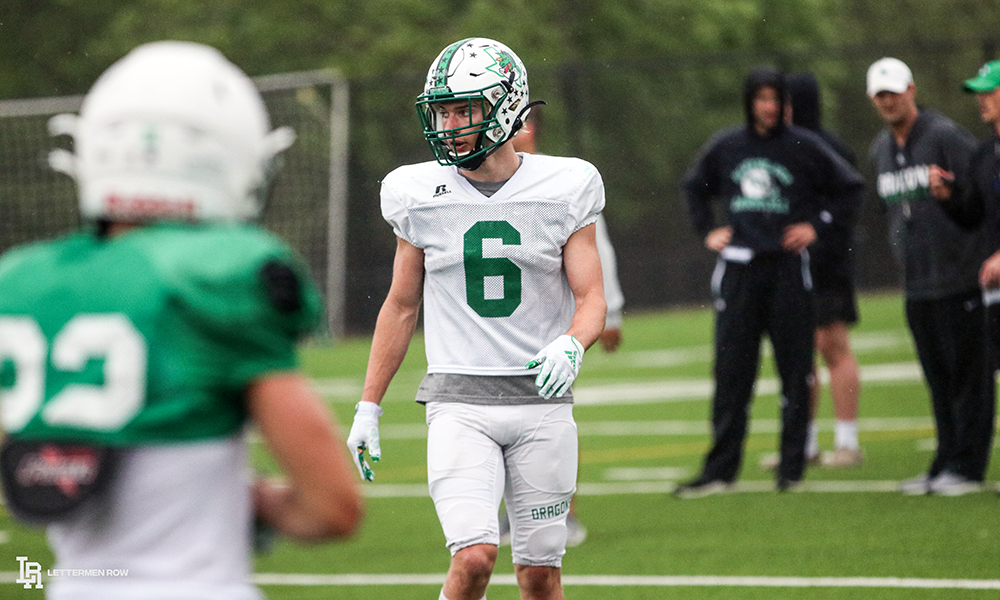 “On the field? It’s entertaining. He had a Pat Mahomes moment in our scrimmage where he was rolling to his left and dropped down [to a crazy angle] to throw it to me across the middle, right in my stomach. He’s a special talent, there’s no other way to explain it. It’s a miracle some of the stuff he can do.”

Ewers has a knack for making those difficult throws look routine, as he did on one rainy afternoon in Texas as he worked through the Southlake Carroll playbook while uncorking accurate, strong-armed throws from every conceivable angle.

He’s more than happy to dive into the process of working on his mechanics and the importance of developing confidence with off-platform throws, and it provides another peek into the passion that drives him. Add that to the file with UFC fights, his favorite Bible verse (Luke 17:21, emblazoned on his right arm) or playing video games with his buddies. Then remember to steer clear of what motivated his decision to decommit from the instate Longhorns to pledge to the Buckeyes.

“He avoids the spotlight,” his dad Curtis Ewers said. “He’s a team supporter, and he’ll always be the first to tell you that. I just try to be dad, mom is mom — and he’s got interests off the field that aren’t football. Now, everything is a competition with him and me. But it’s hunting, fishing, having fun. We really try to spend a lot of time away from football, and that family-oriented stuff means a lot to him.

“Being a dad, you always want your kid to be That Kid. I’d hate to say there was a day or time when that happened, because he’s just always exceptional at throwing the football. But there’s a lot more to him than just throwing the ball. As the game has progresses, he’s just continued to maintain that right mentality that has kept him at the top.”

That work isn’t done, and Quinn Ewers still has a full season chasing a coveted state title in Texas ahead of him.

Make no mistake: He cares deeply about that, and not at all about how he looks doing it.

“Everybody has an opinion about [the hair],” Ewers said. “But I think it’s like 50-50. Either way, if they say they want me to keep it or they don’t want me to, I’m keeping it anyway.

That approach is working just fine so far for Quinn Ewers.

And he doesn’t care to change it.