COLUMBUS — There was no plan to commit to Ohio State following the first game-day visit to campus for Reid Carrico.

On Monday night, the country’s top-ranked inside linebacker in the Class of 2021 according to 247Sports.comÂ committed to the Buckeyes just about 48 hours after returning home from watching them topple in-state foe Cincinnati on Saturday. The decision came easily for the 6-foot-3, 230-pound Carrico, even if it wasn’t the plan.

“[Linebackers coach Al] Washington and I had a long talk on the phone Sunday night,” Carrico told Lettermen Row on Monday. “It was almost like he was coaching me already. It just felt right to commit, and after seeing the atmosphere for games at the ‘Shoe, it just all came together.

“The coaches were really excited and juiced about the whole situation. Iâ€™m glad that they feel as good about it as I do.”

Carrico is the nation’s 34th-ranked player according to 247Sports, checks in at No. 126 in the composite rankings and is Ohio State’s top in-state linebacker target in the junior class. The Buckeyes offered Carrico in April as his recruitment officially took off this spring thanks to that offer as well as opportunities from Clemson, Alabama, Georgia and pretty much every other major program in college football. Intriguing situations for Carrico with the Tigers and Kentucky slowed things down a bit for him, but in the end the chance to stay close to home and play for Ohio’s team was too much to pass up. 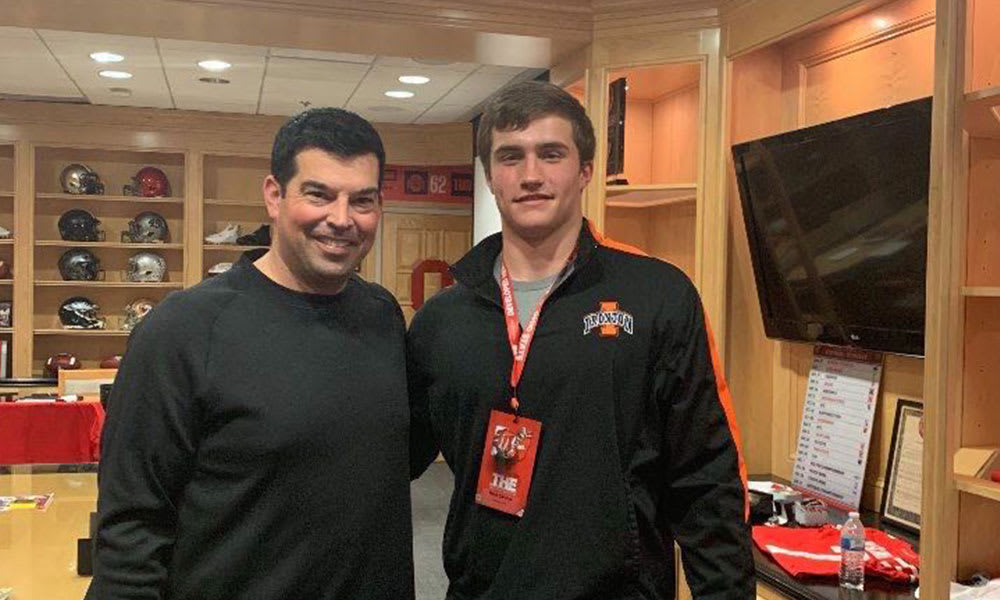 “The best in Ohio are supposed to go to Ohio State,” Carrico said. “Thatâ€™s the next level. Thatâ€™s everyoneâ€™s dream growing up, playing for the Buckeyes.”

Carrico is the fifth commitment in Ohio State’s 2021 recruiting class and the fourth player from Ohio to pull the trigger already. Carrico joins 5-star defensive end Jack Sawyer, 4-star wide receiver Jayden Ballard and 4-star offensive lineman Ben Christman as juniors are already locked in with the Buckeyes in a loaded junior class in Ohio.

With his recruitment behind him, Carrico is eager to just focus on football now and not recruiting.

“It feels awesome,” he said. “No more pressure. I just get to go play football now.”

And now Reid Carrico knows he’ll do that at Ohio State.