The speculation, debate and conversations about Ohio State never end, and Lettermen Row is always ready to dive into the discussions. All week long, senior writer Austin Ward will field topics about the Buckeyes submitted by readers and break down anything that’s on the minds of the Best Damn Fans in the Land. Have a question that needs to be tackled, like the one today about Ohio State and the possibilities for Reid Carrico as part of Linebackers Week? Send it in right here — and check back daily for the answers.

Can any of the freshman LB’s crack the two deep and who could have a instant impact on the defense?

The list of options only includes a single name for Ohio State.

But the fact the program only signed one linebacker in the previous class actually reveals plenty for the Buckeyes — starting with how highly they think of Reid Carrico and potentially offering strong clues about the future makeup of the defense.

Considering that Ohio State knew it was facing the loss of four veterans after last season, it would have been reasonable to expect linebackers coach Al Washington to bring in more than one freshman to help restock for the future. But with the Buckeyes increasingly looking for more versatility and likely shifting toward more hybrid looks, it’s also understandable why it would be content with just the homegrown talent from Ironton. Carrico has all the physical tools to play an inside linebacker role, and he also arrived fully aware of the culture and expectations that come with joining the Silver Bullets.

If the Buckeyes only felt the need to add one signee to the unit, Carrico was just about the ideal fit in every way. 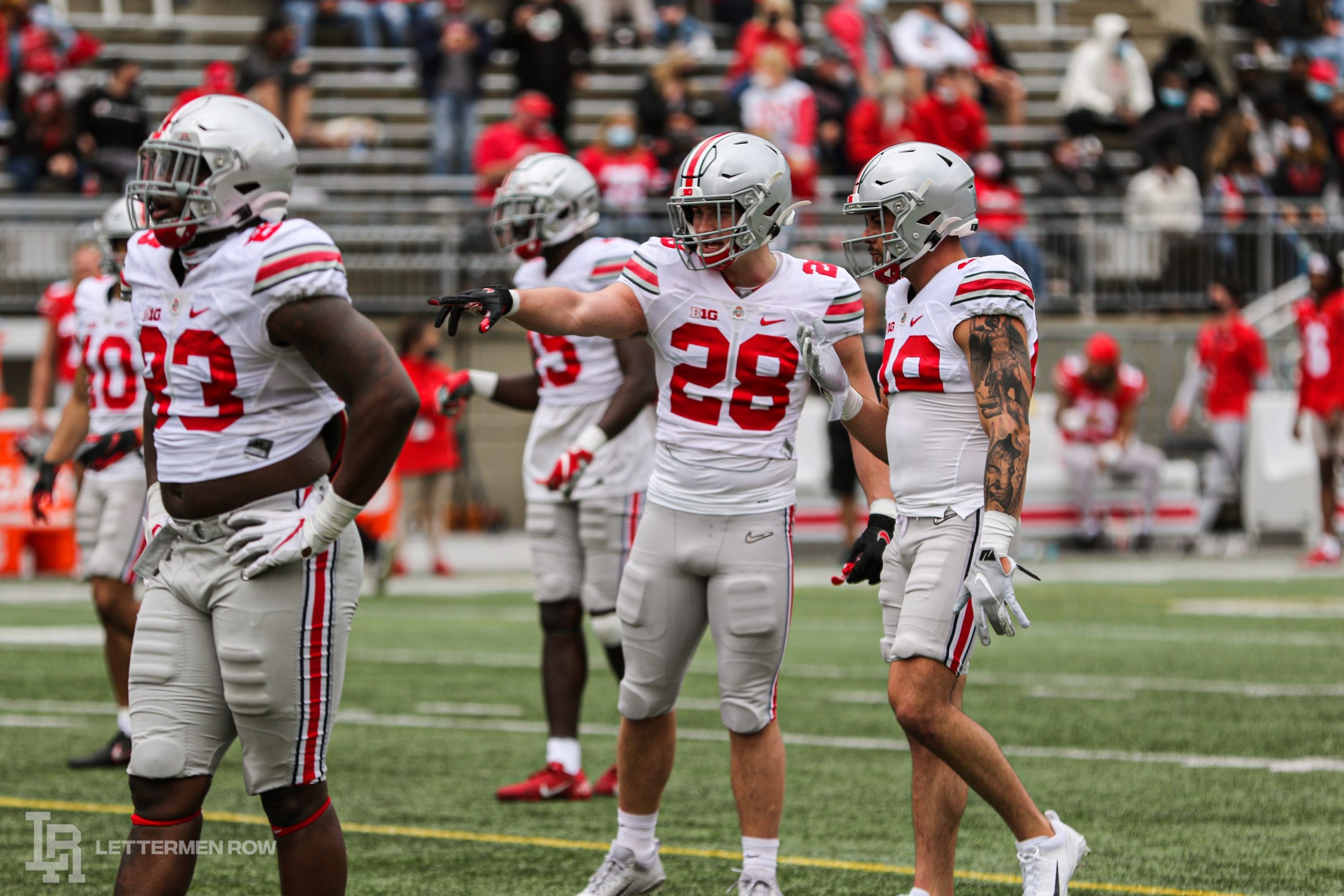 “I think thatâ€™s going to be a very big part in his success at Ohio State, being able to handle adversity,” Ironton coach Trevon Pendleton told Lettermen Row. “Not everything is always going to go your way. Youâ€™re going to have days that arenâ€™t as good as others. Having that resilience and that calloused attitude to be able to draw back on things you went through in high school, some program things, itâ€™s going to allow him to ultimately push through and see some light at the other end during his time in Columbus

“He holds himself to a high standard. Heâ€™s a guy who is never satisfied.”

That hard work is already paying off with the Buckeyes, who peeled off Carrico’s black stripe in April during a productive spring camp for the early enrollee. Carrico, though, is obviously still quite early in the development process. Despite the head start on campus and clear potential as a future starter at Ohio State, it would be a tall order for him to crack the rotation at such a demanding position as a true freshman — even with a relatively thin depth chart at the position.

Ohio State has since tried to address the need on defense by nudging Steele Chambers over to linebacker and working to get USC transfer Palaie Gaoteote cleared through an NCAA eligibility-waiver process to bolster the unit. That would have been a tall order for a true freshman, and it probably wouldn’t have been fair or realistic to put that weight on Carrico’s shoulders right away. That doesn’t mean he won’t prove to be up for the task, and there will certainly be opportunities available to him.

So, at least for the time being, Ohio State isn’t likely to be leaning on the one-man linebacker class. But Reid Carrico was tabbed by the Buckeyes for a reason, and he represents the future for the Silver Bullets.