Ohio State football recruiting can be a wild ride full of twists and turns as recruits from all over the country maneuver their way to signing day. Lettermen Row is here to help navigate the tumultuous roads by getting to the heart of the matter with the young football players and Ohio State coaches and staff members themselves. Today’s guest is Richard Young, the country’s top-ranked 2023 running back.

That, just about 18 months later, seems pretty prophetic. Young is the country’s No. 1-ranked running back in the Class of 2023 and has offers from 35 colleges. Those schools read as a who’s who of college football’s elite programs.

Get the point? The young running back is a big-time player. He’s beenÂ the target at running back for the Buckeyes in the 2023 class and he’ll make his first visit to Columbus this week. 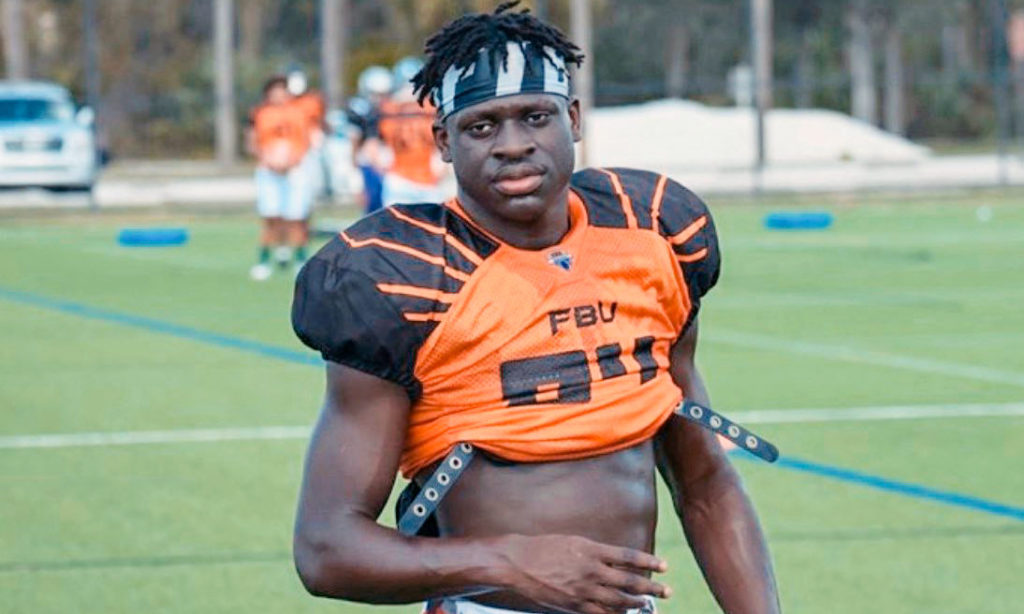 Richard Young is a major target for every big-time program in the country. (Richard Young/Twitter)

That trip will give Richard Young the chance to finally meet Tony Alford in person. The pair have grown as close as they can over the last few months. Chaney’s relationship Alford, one that began a handful of years ago when Ohio State was recruiting a different player from the high school, has helped the Buckeyes grow into a legitimate contender for the 6-foot, 210-pound Florida star.

Why is Tony Alford so important to Richard Young? How much does he talk with fellow 5-star prospects Brandon Inniss and Trey Webb about teaming up in college? What does he hope to learn about the Buckeyes during his two-day trip to Ohio?

The big-time talent joined Birminology on Lettermen Row to talk about his recruitment, his plans for the summer and more.