COLUMBUS — The most important item on the Ohio State shopping list was available in the transfer portal, and Ryan Day had no issues diving in there to land a quarterback.

The Buckeyes could also use an offensive lineman or two, and there are some enticing options currently on the market there as well.

Ideally, Day will put the finishing touches on his first roster with the program with a couple additions acquired in a way that generally isn’t the preferred method at Ohio State — and truthfully still isn’t how he wants to land players. But if guys with the potential to win instant eligibility like Justin Fields or graduates who are already cleared like Jonah Jackson or RJ Proctor are available, the Buckeyes are never going to turn their back at a chance to improve.

“We want to recruit guys when they’re freshmen, sophomores, guys who want to be Buckeyes, build relationships over time,” Day said. “We don’t want to rely on that.Â However, since there’s been such a change with this transfer portal, grad transfers becoming available, we have to be able to adapt, look at those things in order to be competitive.

“At the end of the day what matters is winning championships.” 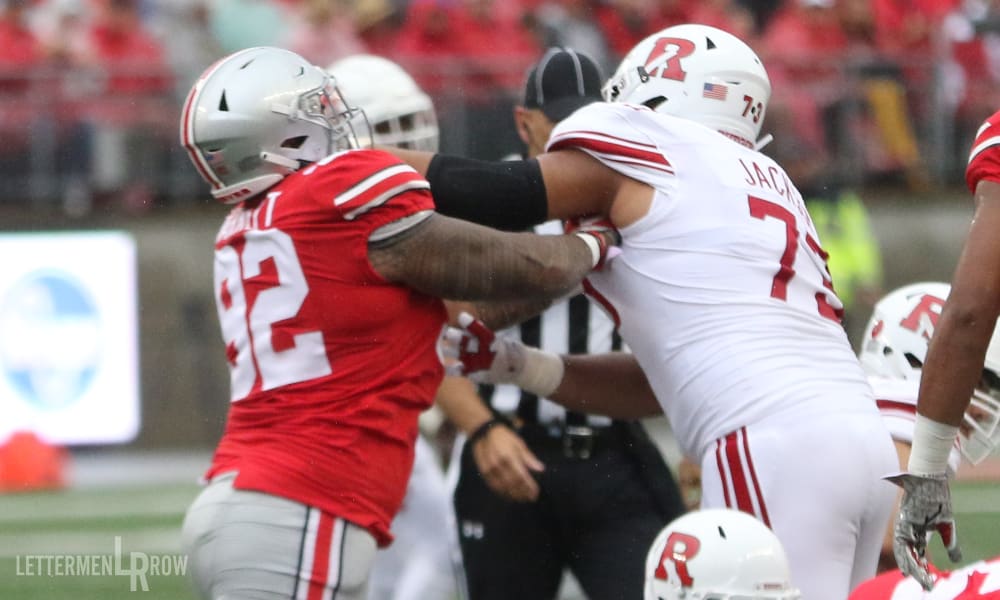 Ohio State has been involved in the recruitment of Rutgers graduate transfer Jonah Jackson. (Birm/Lettermen Row)

There is no question that bringing in the highest-rated recruit in school history at the most important position in the game has the potential to bring more championships to the Buckeyes. And with the offensive line depth not where Day wants it, landing experienced blockers like Jackson or Proctor could also directly impact the chances that the two-time defending Big Ten kings add to their trophy collection.

But the portal also goes two ways, and Ohio State has already seen backup quarterback Tate Martell and reserve linebacker Keandre Jones use it to make exits elsewhere. This is all still relatively new for both coaches and players as the NCAA has tweaked the transfer process with an eye on giving the student-athletes a bit more flexibility and power in the process.

And while the graduate-transfer market in particular has the chance to be a major asset for a powerhouse program like Ohio State, Day is trying to tap the brakes a bit and has already spoken out about some rule changes he’d like to see put in place to manage it. 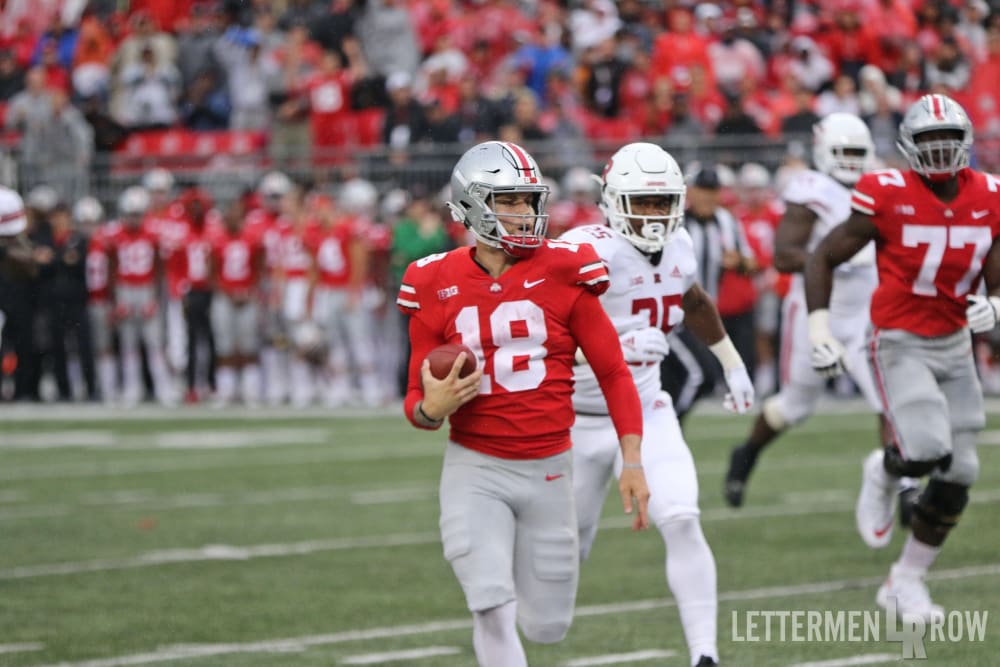 “I am in favor of somebody transferring sitting out and getting the year back on the back end,” Day said. “I also am in favor of capping the transfers to two per institution per year, per calendar year. But I’m willing to listen to other arguments.Â It’s ever evolving. To say where it’s going to be in two to five years, I don’t know that. We have to evolve with the times to be competitive. We need to be involved with that.

“It might be one of those things down the road where we have to designate part of our recruiting department just towards that. We have to make sure we’re adapting with that. But we’re very, very careful about that. It has to be a need, it has to be a fit. We spent a lot of time recruiting these kids since they’ve been freshmen and sophomores, most of them. We bring them into a culture we take seriously. To bring somebody in has to be a great fit.”

The Buckeyes have done that once with Fields already this offseason, and that move checked all the boxes.Â Ohio State isn’t finished shopping around, either.

In the future, Ryan Day wouldn’t mind if he was capped at just two transfer spots to fill on his roster. But until that’s the max, he’s not going to limit his options to make his program better.