Ohio State football recruiting can be a wild ride full of twists and turns as recruits from all over the country maneuver their way to signing day. Lettermen Row is here to help navigate the tumultuous roads by getting to the heart of the matter with the young football players and Ohio State coaches and staff members themselves. Today’s guest is Ohio State 2021 tight end commit Sam Hart.

It’s been six months since Sam Hart committed to Ohio State and a lot has changed in the world, including a number of major adjustments to college football recruiting.

Hart, the country’s No. 16-ranked tight end in the Class of 2021, committed to the Buckeyes on Dec. 30 and was planning on making his first trip back to Columbus this month but has seen his plans, like every other recruit, wiped out by Covid-19 and the subsequent recruiting dead periods that have happened as a result of it. 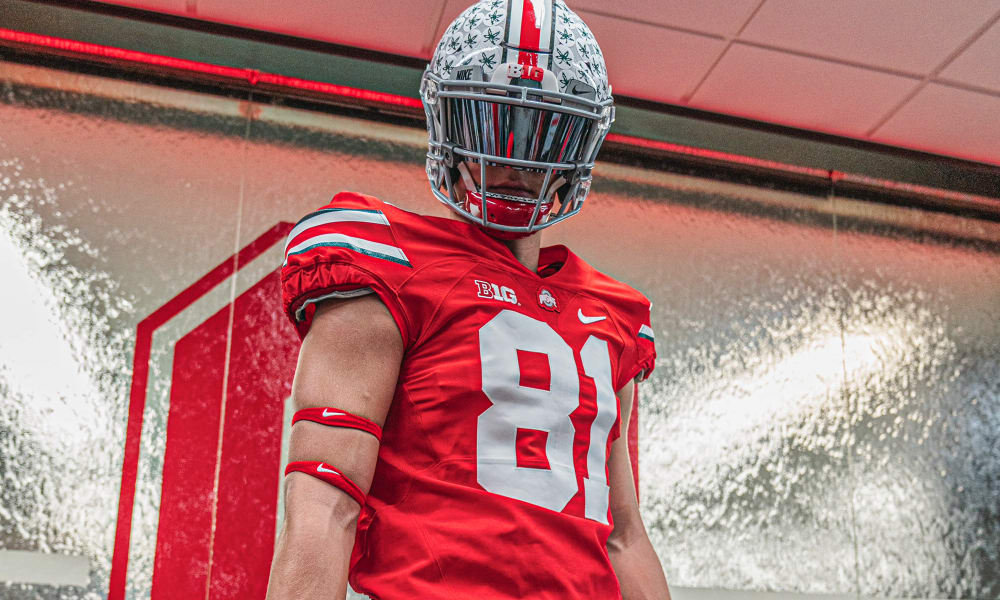 The 6-foot-5, 225-pound Hart has tried to stay busy in the wake of the changes, though. He won a state title as a heavyweight wrestler, redeeming himself after a runner-up performance as a sophomore and has since been working hard as he prepares to enroll at Ohio State next January.

Hart was also working hard to help the Buckeyes land a second tight end in the Buckeyes top-ranked recruiting class. He grew close to top tight end target Hudson Wolfe, who chose to commit to Tennessee, despite the somewhat uncomfortable feeling of trying to reel in his own on-field competition.

What else has Sam Hart been up to? Has he had any doubts about his decision to commit to Ohio State when he did?