The speculation, debate and conversations about Ohio State never end, and Lettermen Row is always ready to dive into the discussions. All week long, senior writer Austin Ward will field topics about the Buckeyes submitted by readers and break down anything that’s on the minds of the Best Damn Fans in the Land. Have a question that needs to be tackled, like the one today about the potential of a cornerback like Sevyn Banks? Send it in right here — and check back daily for the answers.

"Sleeper" player who will make that next jump to household name via Shaun Wade?

Shaun Wade already has dibs as the next Ohio State cornerback who tends to be quieter while letting his elite technique and first-round NFL Draft stock speak for itself.

That takes care of filling Jeff Okudah’s spot in the Buckeyes secondary. But who will fill the role as the brash, physical playmaker for BIA now that Damon Arnette is gone?

It’s still early in this reshuffled preseason training camp to really know for sure since the pads aren’t even on at the Woody Hayes Athletic Center yet. But Sevyn Banks has been making plenty of noise dating back to a quick glimpse at his improved frame and technique back in March, and he left no doubt on Tuesday night after practice that confidence won’t be a problem for the junior as he looks to become a regular in the rotation for the first time in his career.

“I’m taking it day by day right now, but I just can’t wait to get on the field and show out,” Banks said after practice on Tuesday. Â “I always came in to ball, and thatâ€™s never going to change.

“Whoever is here, no matter what is going on, I’m just going to do me.” 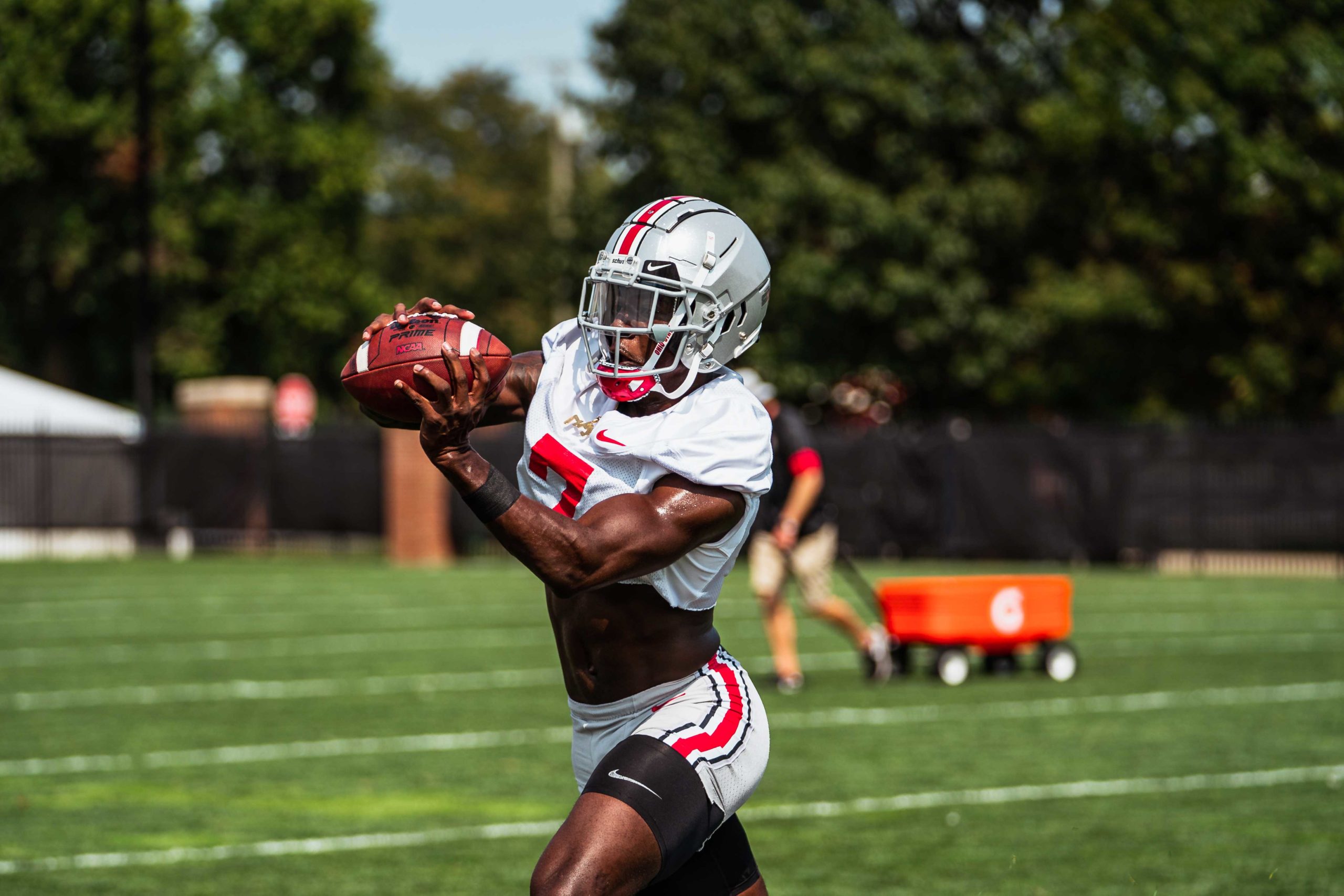 Ohio State cornerback Sevyn Banks is looking to nail down a spot in the rotation. (Courtesy/Ohio State Dept. of Athletics)

That approach is usually smarter than trying to emulate any predecessors, and for Banks it makes even more sense because he’s built a bit different than Arnette. Banks is taller and carries a bit more weight, and the offseason program clearly treated him well even with the interruptions due to the pandemic as he reported to campus looking like he’d been chiseled out of granite. But he undoubtedly carries himself with the kind of outspoken swagger that helped fuel Arnette’s rise into the first round of the NFL Draft.

Before getting too carried away with the Banks hype train, though, it’s important to remember that he’s still inexperienced despite playing in all 14 games last season after putting himself on the map by returning a blocked punt for a touchdown two years ago in the rivalry win over Michigan. There is plenty of work left to do, and Cameron Brown is more than capable of rising to stardom in his own right for what will probably be another three-man rotation at cornerback.

But when it comes to picking somebody who is not only poised to have the spotlight shining his way but also fully prepared to embrace it, Sevyn Banks is a safe bet to make sure the world knows his nameÂ andÂ his number.