COLUMBUS — There will be no doubt before kickoff this week: Ohio State is going to have the entire starting lineup available with a championship on the line.

That doesn’t necessarily mean the Buckeyes are all at full speed, particularly at quarterback with Justin Fields expecting to be somewhat limited with a knee brace protecting his sprained left knee. Obviously the broken right wrist for cornerback Damon Arnette didn’t magically heal overnight, and Jonathon Cooper is now set to miss the rest of the regular season as he redshirts.

But Ohio State has no pending game-time decisions as it heads to Indianapolis to defend the Big Ten crown against Wisconsin on Saturday night. And that means after missing the win over Michigan last week, Shaun Wade has full clearance to return to the secondary — once again giving the Buckeyes complete first-team units on both sides of the ball when it matters most.

â€œI think certainly [Wade’s] absence was felt,â€ Ohio State coach Ryan Day said early in the week. â€œIt was close [last week], we just determined that he wasnâ€™t quite ready. We wanted to be smart with that, and I think we made the right decision.

“So, weâ€™ll keep letting him heal up, and he should be ready to roll for this week.â€ 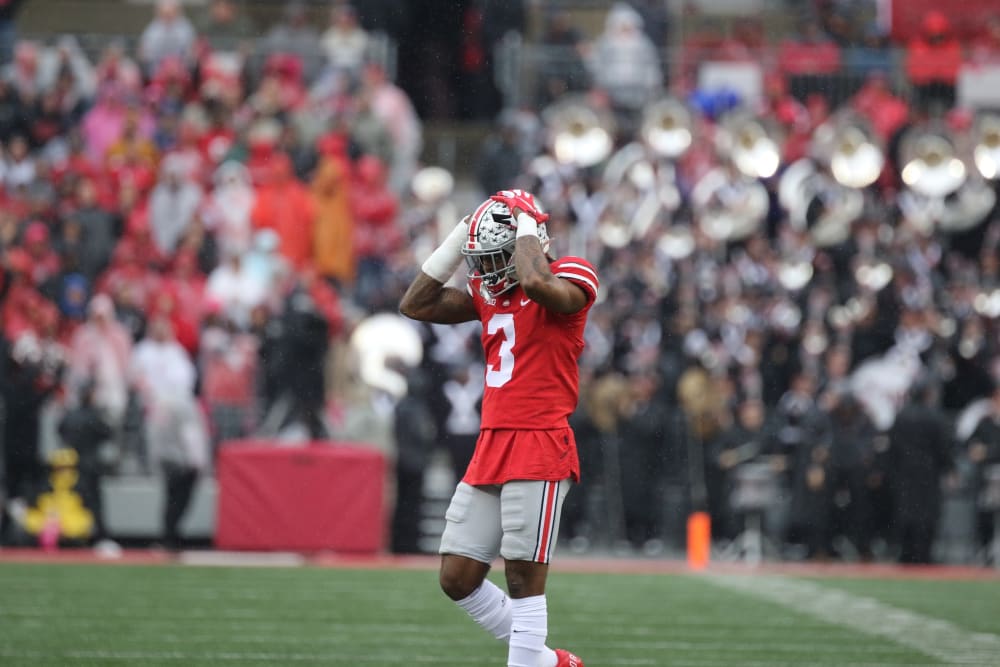 Ohio State cornerback Damon Arnette is playing through a broken wrist for the Buckeyes. (Birm/Lettermen Row)

After another few days to recover and get back on the practice field, Wade got that clearance when the program released its availability report on Friday morning before hitting the road for the rematch with the Badgers.

The dynamic defensive weapon will also be joined by Damon Arnette in the secondary after the fifth-year senior missed a few snaps in the second half last week as he continues to deal with pain in his wrist and what sources have told Lettermen Row was a minor back injury. Arnette had already pronounced himself ready to go this week, and that was also validated by his name not appearing on the Ohio State unavailable list — which also no longer includes backup safety Josh Proctor.

“I mean, pain is real relative, you know,” Arnette said. “I’ve got a broken wrist. But it’s like, it don’t hurt too bad. … [Last week the absence] was something else, but I’m good now.”

So is the rest of the Ohio State starting lineup. And it will enter the conference title matchup with all of its top talent ready to roll.