COLUMBUS — Shaun Wade is going to be on the field for Ohio State, there’s no question about that.

The tricky part is finding exactly the right spot for him.

Wade can obviously play cornerback, and he arrived on campus with the Buckeyes as one of the best prospects at the position in the country. The redshirt sophomore is also big enough and more than willing to line up at safety. He can play in the slot in the nickel package, and he’s also an aggressive tackler who can fly around near the line of scrimmage and make tackles for loss.

For an Ohio State defense that right now is putting an absolute premium on versatile skills, there are few players on the roster with more flexibility and athleticism than Wade. So, one way or another, expect to see him in the rotation plenty for the Buckeyes both on Saturday in the spring game and throughout the fall once the new coaching staff decides on the best ways to deploy him.

“What I think is best for Shaun is to learn how to play inside,” new Ohio State co-defensive coordinator Jeff Hafley said. “Whether you call it a safety or a nickel [cornerback], I mean, that’s invaluable for him. I want him to be able to play outside, play corner. Inside, play nickel and have the ability to drop back. 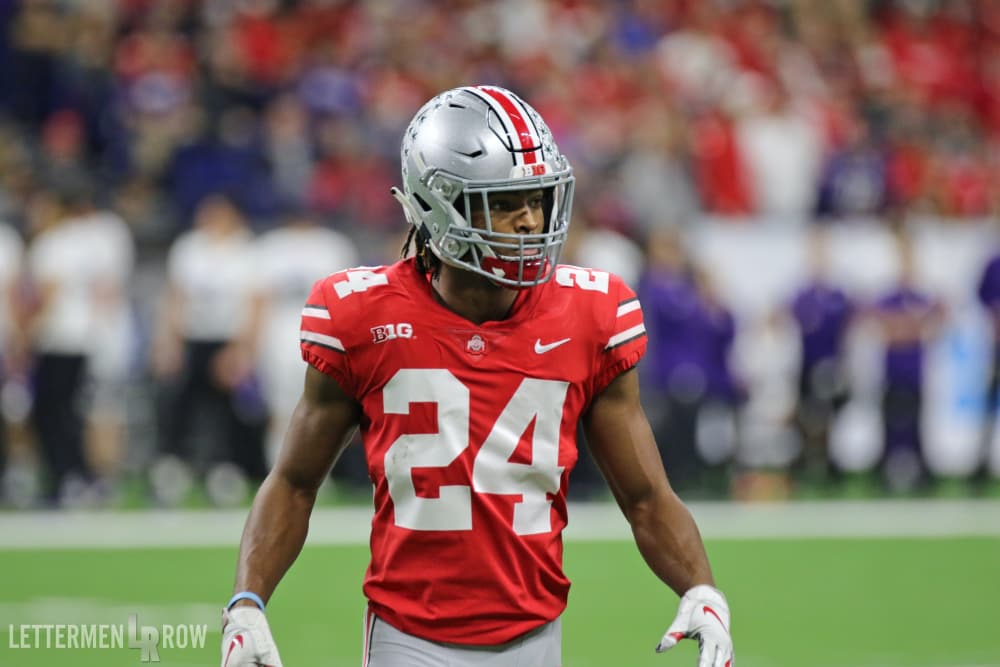 Ohio State defensive back Shaun Wade can line up all over the field for the Buckeyes. (Birm/Lettermen Row)

Wade has already proven that he can provide a boost for the Buckeyes, emerging last season from something of a complementary role to lead the team in interceptions with three. Certainly that total is relatively modest given the high standards in the Ohio State secondary, but Wade’s knack for finding the football obviously stood out when he had a chance to contribute — and sets the stage for perhaps an even more productive season in a revamped scheme under Hafley.

Where does Wade fit best for the Buckeyes? What helps him stand out as a candidate for more playing time at Ohio State? How can he take the next step? Former Buckeyes cornerback Chimdi ChekwaÂ popped into the Lettermen Row film lab to break down Shaun Wade and his play in the secondary in his first episode of BuckIQ.