COLUMBUS â€” Preseason honors never matter for Ohio State, and they weren’t what brought Shaun Wade back for another season.

But now they’re the only honors to go by for the Buckeyes after the Big Ten squashed all hopes of a national title trophy and individual awards all over the most talented roster in the country.

As the award watch lists and preseason All-America lists continue coming out and continue including players who won’t be on the field this fall, Wade is on nearly all of them.

The Bednarik Award watch list, the Lott IMPACT Trophy watch list, numerous All-America teams, including the Associated Press, which decided to still vote for players who can’t play due to conference football shutdowns.

Wade was slated to be an All-American. And he should be treated like one. Give him a tree in Buckeye Grove.

Wade, who passed up millions of dollars to come back to Ohio State for another shot at a national title, was expected to be a shutdown cornerback. The only reason he wasn’t one last year was because he had two first-round picks in front of him at the position. He’s widely known as a no-brainer first-round pick next spring. He didn’t have to come back to school. He chose to. 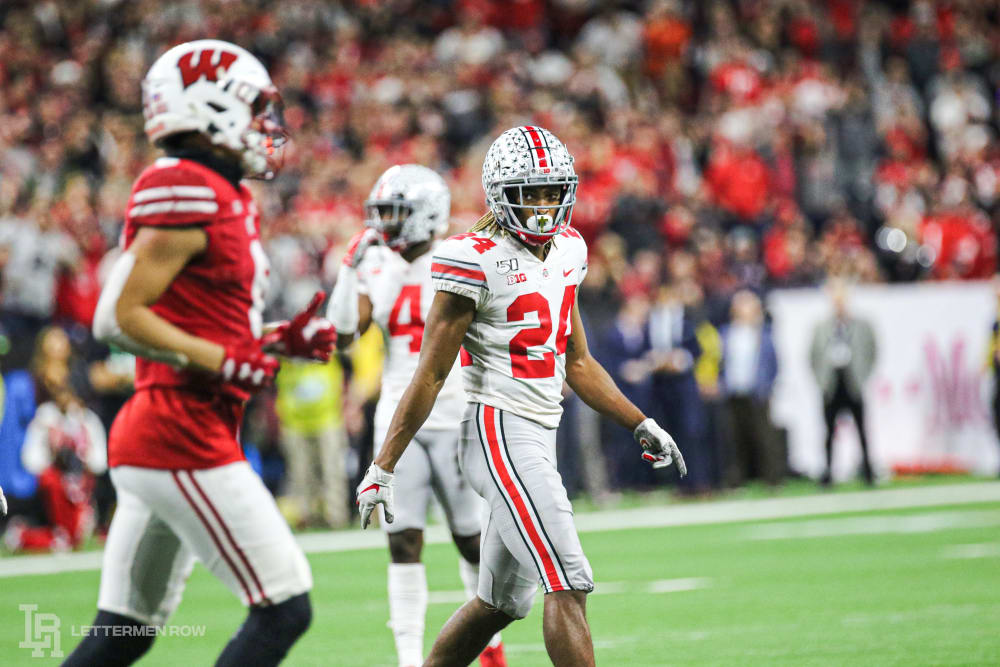 Shaun Wade would have been an All-American this season at Ohio State. (Birm/Lettermen Row)

Now with no season to play due to the combination of Covid-19 and ineptitude on the Big Ten’s side, the Ohio State football program should honor what Wade has accomplished — and what he should have this season — with the tree.

â€œI think it means the world, first of all, that he came back,â€ Ohio State secondary coach Kerry Coombs said. â€œMy conversation with Shaun about this was: You donâ€™t become a first-round pick because you came back. You donâ€™t get to be a top-10 pick because you came back. A year older doesnâ€™t make any difference, right? Youâ€™ve got to go to work, and youâ€™ve got to get started. There are things that youâ€™re going to have to do to make this happen.â€

Wade worked all offseason, most of it at home amid the pandemic. He put in the work necessary to earn a tree after the year, when he could have added a few individual awards and a couple trophies. He was selected as a captain due to his work ethic and ability.

And he didn’t get the chance to show it.

Even with the lack of a chance to prove anything, Wade is still considered one of the best cornerbacks in the country. He should’ve had opportunities to prove he belongs on the outside locking the league’s best wide receivers down. The conference didn’t allow it, despite cries from parents, athletes and coaches.

Wade knows what kind of player he would’ve been this season.

Thanks to the Big Ten’s quick trigger, canceling the season in early August, Wade doesn’t have a chance to lead the Buckeyes to a national title and boost his draft appeal. Ohio State shouldn’t compound the Big Ten’s mistake with one of its own. Give Shaun Wade an All-America tree.

This year, and this year only, let the preseason All-America team matter.