COLUMBUS – Sonny Styles is next in line.

Versatility has been the key buzzword over the past few recruiting cycles for Ohio State, especially defensively, as it continues to grab movable chess pieces for Kerry Coombs and Co. to work with.

That’s exemplified with guys such as Craig Young and Ronnie Hickman in 2019, Kourt Williams and Lathan Ransom in the 2020 class, Jaylen Johnson in the 2021 cycle and C.J. Hicks in 2022. That’s just to name a handful, but they help represent where this defense is shifting.

Styles might just take that evolution to another level.

He has a chance to be among the most special, versatile players the Ohio State defense has had on that side of the ball in recent history, and he’s been preparing to be exactly that for a long time.

Styles’ father, Lorenzo Styles, was a three-year linebacker at Ohio State in the 90s, a time when linebackers were known only to be thumpers and run-stoppers. However, he wanted Sonny to get to know as many positions as possible. That’s paid off in a major way for the country’s No. 3 overall player in the 2023 class.

“When I was younger, I used to play defensive end,” Sonny Styles said. “I was still playing safety, but our safety was like an outside linebacker, and then when I came to high school now I’m playing free safety. So he kind of prepped me for it already. 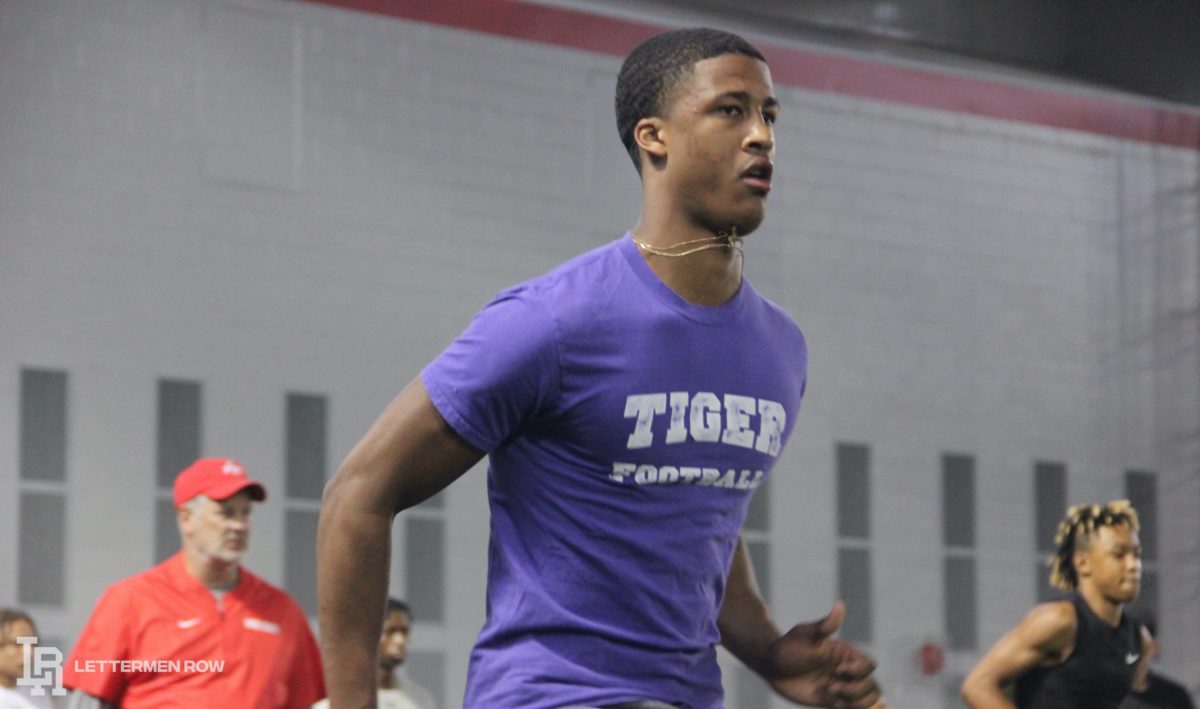 Sonny Styles is one of the most special, versatile football talents in America. (Zack Carpenter/Lettermen Row)

“My dad kind of made me into that. He already had a plan down for a long time, really. He always says he’s always had a plan for me and my brother.”

That plan and Ohio State’s plan for the future of its defense seem to be crossing paths at the perfect time. Sonny Styles already got a taste of that this summer.

The Pickerington Central star didn’t waste time making the short drive over to Columbus upon the end of the recruiting dead period. He was put through a workout that was exactly what he expected on June 2, the first of Ohio State’s one-day summer camps.

Styles is a 6-foot-4, 214-pound five-star prospect. He is listed as an athlete in his recruiting profile, but if he was given a specific position he would no doubt go down as the No. 1 safety or No. 1 linebacker in the class.

Styles possesses arguably the most impressive array of athletic gifts in the country among his 2023 peers, and he stacks up well against many of the players a year ahead of him. That’s why he’s at the top of the list of the Buckeyes’ most crucial targets in his class.

He already runs official times of 4.67 in the 40 and 4.22 in the shuttle. When he landed a broad jump of 11.5 feet in April, he was only inches away from clearing the entire white stripe laid down for him at the Under Armour Camp Series. When he only tallied a 32-inch vertical, the same kid who has been jamming two-handed dunks on opponentsâ€™ heads since eighth grade called it disappointing.”

“I think I can touch at least 40,” said Styles, who would be a Division I basketball player if he focused on that as his future collegiate sport.

He has the athleticism and skillset to translate into an All-American safety in college. But looking at Styles and talking with others about him, there’s a near-unanimous opinion that he will easily tack on enough weight over the next two years and when he gets into a college strength-and-conditioning program to have the ability to play outside linebacker. If that’s not enough, he also has the explosiveness to be a dynamic pass-rusher. 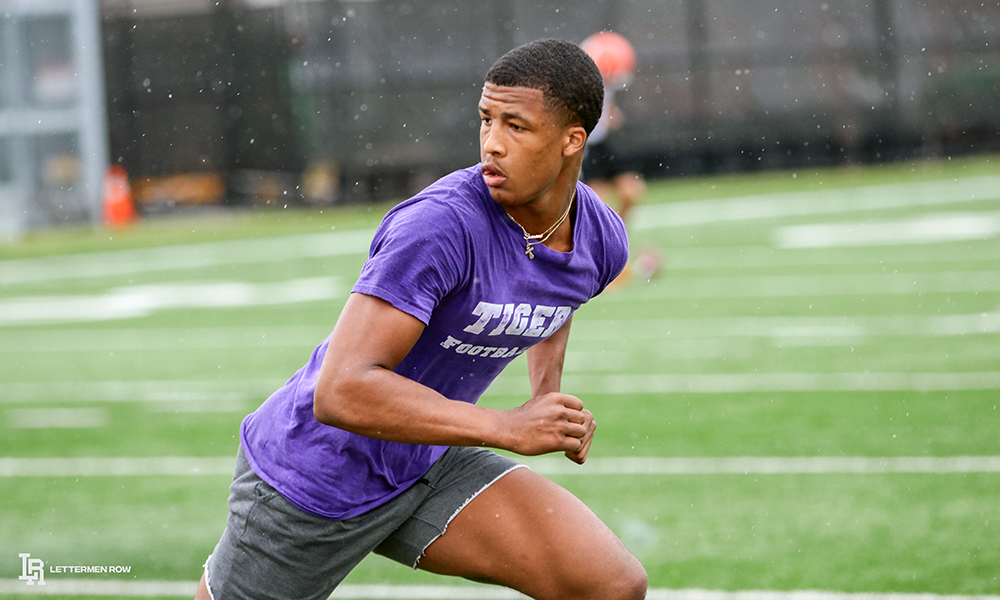 On top of the past several years of learning those positions with his dad, it helped give Styles an even more refined understanding of a defense as a whole.

“That was my favorite part of the visit was working out with them,” Styles said. “That’s what I really liked. I really liked how they worked all three levels of the defense. That’s what I thought was pretty cool. It was really cool working with Coach Johnson. That was my first time ever really talking to him. Coach Washington called him The Godfather.”

Styles shares similar traits to a player many believe could be Ohio State’s most unique and dangerous weapon during the 2021 season if he’s utilized properly – Craig Young.

This season projects to be the one in which we finally find out if the Bullet can match the hype and if it will match the vision that the Buckeyes staff has had since 2018. If Young or Hickman – the other sophomore expected to compete to be the defense’s top bullet – are as effective as projected, we could see a permanent shift in Ohio State’s philosophy.

As the Buckeyes experienced at the hands of Alabama in January, and as Clemson did against LSU in the previous seasonâ€™s national championship game, explosive offenses win rings. Ohio State is already set up to have one of those for the next several seasons with the way it’s recruiting.

In order to keep up with the SEC Joneses and sit on the College Football Playoff throne, though, they have to continue revolutionizing their defense to combat a sport where offense is king.

Sonny Styles has the right stuff to become one of the most important pieces on a national championship-contending defense. His mentality also aligns perfectly with where most colleges envision seeing him on the field.

“I don’t care,” Styles said when asked what level of the defense he wants to play. “I just want to be able to make a lot of plays all over the field. So that’s why I like the Bullet because you can just do a lot of stuff. We’ll be back covering. I was talking to Coach Coombs, he told me I could start almost where a middle linebacker would be and go back and cover the deep posts. I could start 10 yards off the ball or come off the edge. Just a lot of different stuff. So I really liked it. Just really making plays all over the field.”

Only question remaining is if he will be making those plays for Ohio State, Notre Dame or The Field.