The speculation, debate and conversations about Ohio State never end, and Lettermen Row is always ready to dive into the discussions. All week long, senior writer Austin Ward will field topics about the Buckeyes submitted by readers and break down anything that’s on the minds of the Best Damn Fans in the Land. Have a question that needs to be tackled, like the one today about Ohio State and Taron Vincent? Send it in right here — and check back daily for the answers.

What, if any, current injuries should we be concerned about for 2020?

Some patience was always going to be required for Taron Vincent at Ohio State.

But the second year in the program wasn’t supposed to be part of that test for the five-star recruit, and by the end of it Vincent was clearly ready to be done waiting.

In a jubilant locker room after the Big Ten championship victory for the Buckeyes, Vincent joked that there was still time for him to contribute in the College Football Playoff if the doctors would let him. But after spending all season dealing with a shoulder injury, his real focus was on making sure he would be ready to compete on the field by March — again getting to be a defensive tackle instead of an extra helping hand for position coach Larry Johnson.

“Definitely by spring ball I’ll be 100 percent, for sure,” Vincent told Lettermen Row last month. “It’s been hard to watch all my brothers ball out. But I’m proud of all of those guys, DaVon [Hamilton], Jashon [Cornell], BB [Landers] — they were getting what they deserve. I’m so glad for them.” 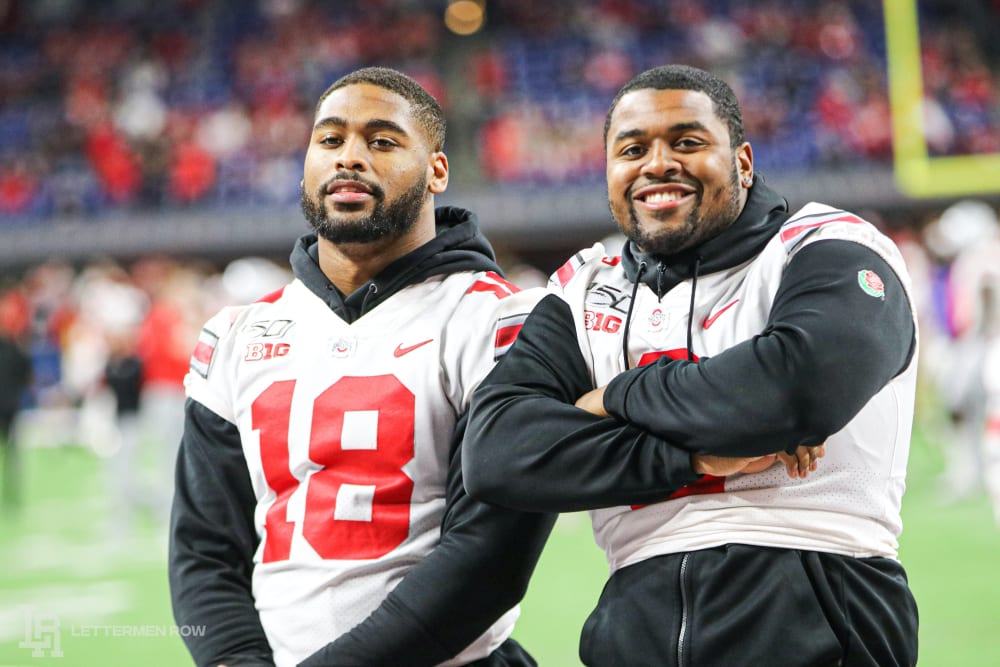 Those three names obviously weren’t randomly drawn out of a hat. And with Ohio State needing to replace all those veterans on the interior of the defensive line, a healthy Vincent will be in the thick of the Rushmen reload as the program looks to defend that conference crown yet again.

After getting a taste of action as a true freshman while appearing in 10 games and making three tackles, Vincent wasn’t able to contribute at all last year thanks to his preseason injury. And while there were early whispers that he might try to play through the pain, the training staff obviously won that battle and kept him sidelined until he was back to full strength.

Thanks to the emergence of that senior trio as one of the most fearsome in the country, Vincent’s absence was never really that noticeable on the way to the College Football Playoff. But the depth took an obvious hit when the season ended, and now Vincent will need to live up to the lofty projections for his career alongside Tommy Togiai, Haskell Garrett and Antwuan Jackson.

Like Taron Vincent, that entire unit has had to wait for a turn to really have an impact with the Buckeyes. But the chance to shine is finally coming, and the Rushmen will certainly need them to make the most of it.