COLUMBUS — At some point stardom seems inevitable for Teradja Mitchell.

The Ohio State junior can deliver bone-rattling hits. He’s had multiple years to develop physical tools that were already impressive when he arrived on campus as the nation’s top-ranked inside linebacker. The work ethic and motor for Mitchell has never been questioned.

Maybe he wasn’t quite ready as a true freshman, and certainly injuries slowed him down as a sophomore. Even this year, he is still going to have to contend with a depth chart that has four veterans with some starting experience returning. But eventually everything figures to fall in place for Mitchell, and nobody around the Buckeyes has any doubt about how much potential he brings to the Silver Bullets. 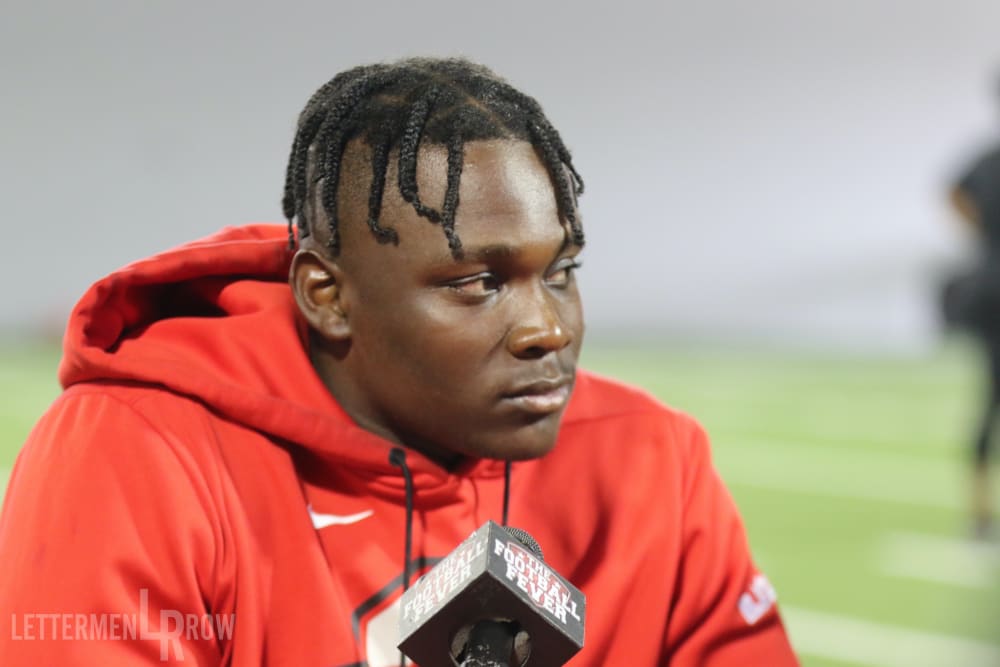 “His time is coming.”

When exactly will that moment arrive? This spring was going to be an important one for him coming off the nagging injuries last season to show what he could do and potentially push his way into the rotation. Obviously only getting three practices in March wasn’t ideal in that respect, but Mitchell has been around the program long enough that it’s not going to be a make-or-break deal for him once football activities resume on campus.

In limited chances, Mitchell has already shown just how physical he can be, his command of the defense and his instincts for finding the football. And in some form or fashion, he has to be part of the plans moving forward for Ohio State.

What makes Teradja Mitchell so exciting to Ohio State? Now that he’s healthy, can the junior linebacker make a big jump into the lineup for the Buckeyes? How high is the ceiling for the hard-hitting defender? Former Ohio State linebacker Zach Boren broke down a few clips and answered those questions in the latest episode of BuckIQ.