COLUMBUS â€“ Just about two weeks after landing a scholarship offer from Ohio State, 2022 cornerback Terrance Brooks has committed to the Buckeyes.

The Little Elm (Texas) 4-star defensive back took his official visit just one week after landing that scholarship offer. Now he’s quickly ended his recruitment with a verbal pledge to Kerry Coombs on Wednesday. He told Lettermen Row when he was offered that he’d give Ohio State a legitimate look despite what seemed at the time to be a late offer from the Buckeyes.

“Itâ€™s not too late,” he said. “It means a lot to have them recruiting me and showing me that I am a priority.”

That was reiterated on his first and only visit to Columbus. The Buckeyes made sure Brooks knew he was a real target in their plans to refill the secondary.

Lettermen Row is breaking down the commitment of Terrance Brooks and what it means for Ohio State, the Big Ten and the entire 2022 recruiting class.

The son of former NFL defensive back Chet Brooks, Terrance Brooks looks like a prototypical Ohio State cornerback. He runs well — he’s been a sprinter on the track team at John Paul II (Plano, Texas) — and though he’s not a burner, he has excellent hip turn and instincts in pass coverage. He has active hands and isn’t afraid to play physical in run support. With an 80-inch wingspan and 6-foot-1 and 195-pounds frame, he can play a traditional outside corner spot or help the Buckeyes in the slot — or even back at safety if totally necessary.

There is a lot to like on film, and there is a bit of Marshon Lattimore in his game. He’ll need to get a little bit faster to reach that kind of NFL upside. But the Buckeyes strength and conditioning program should be able to help there.

Terrance Brooks was offered relatively late in the recruiting process, but he was not a Plan B option. The Buckeyes just had another focus in Toriano Pride who they initially felt could provide a better return on the time investment. When Pride let Ohio State know he was heading to Clemson, Brooks landed his offer and the relationship built quickly from there.

The Buckeyes now have five defensive backs committed in the Class of 2022. Four of them are being recruited at corner. That sounds like a lot, but the current roster will turn over quite a bit after this upcoming season. Plus, at a place like Ohio State, there’s never going to be a shortage of big-time defensive back talent.

There does, however, need to be some delicate dancing from here through signing day for Kerry Coombs and Ryan Day. Concerns have already arisen in the commitment of Ryan Turner, Jaheim Singletary and Jyaire Brown — and the more cornerbacks that get recruited, the harder it is to keep those three early commitments happy. Some may suggest that the need for continued cornerback recruiting is actually byproduct of those concerns, though. If the committed players weren’t discussing and taking other visits, it’d be easier for Ohio State to wrap up that position.

The Buckeyes wanted four cornerbacks for a reason. Kerry Coombs has long preferred to rotate three longer, outside corner types â€” Singletary, Turner and Brooks â€” and to use another body type, like Brown, inside.

Life is all about perspective, right?

Ohio State continues to terrorize the state of Texas on the recruiting trail. Terrance Brooks is the No. 13-ranked player in The Lone Star State. The Buckeyes already have a commitment from Quinn Ewers, the state’s No. 1 player and Caleb Burton, the No. 9-ranked player. Ohio State is also still in hot pursuit of the No. 6 and No. 19-ranked players, Omari Abor and Kam Dewberry respectively, as well. 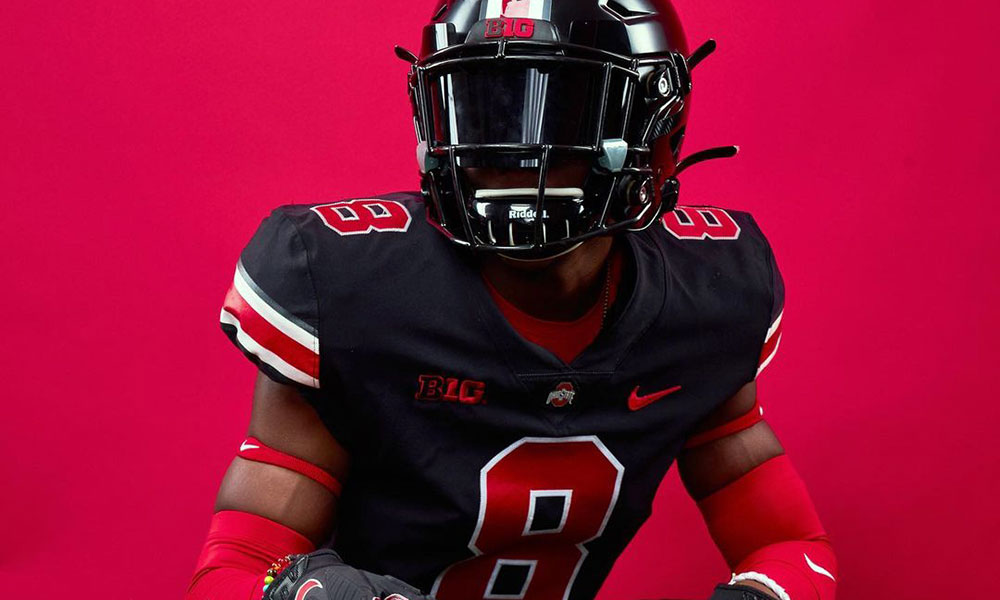 Ohio State now has 15 commitments in the Class of 2022 and remains the nation’s top-ranked class. It’s a group that isn’t likely to grow beyond 21 or 22 total, so that may hurt the Buckeyes from the perspective of trying to win a recruiting championship. Still, only Boston College, Baylor and Notre Dame have more pledges at this point. The Ohio State per-player average is also the highest in the country right now.