COLUMBUS — The playoff era of Big Ten football is still in its adolescence, but there is no doubt Ohio State is the adult in the room.

Saturday at high noon, the No. 4, Big Ten East Division-winning Buckeyes will go after their fourth straight league title when they take on Northwestern, winner of the West, at Lucas Oil Stadium in downtown Indianapolis. Get to Indy, the phrase Ohio State uses to break down after every practice, has come true again — and for the second straight year there appears to be a berth in the College Football Playoff final four hanging in the balance.

Regardless, playing for a fourth straight league title would is still remarkable, indicative of a program that is at the least the consistent talk of its neighborhood. Thereâ€™s no doubt in captain Jonathon Cooperâ€™s mind why it is so.

â€œWe do this for each other, we donâ€™t do it just for ourselves or personal accolades. When you actually go out there and play for the guy next to you and not just for yourself, you play harder, you play better. I feel like that is why Ohio State has had the success that itâ€™s had the past four years, because of the brotherhood.â€ 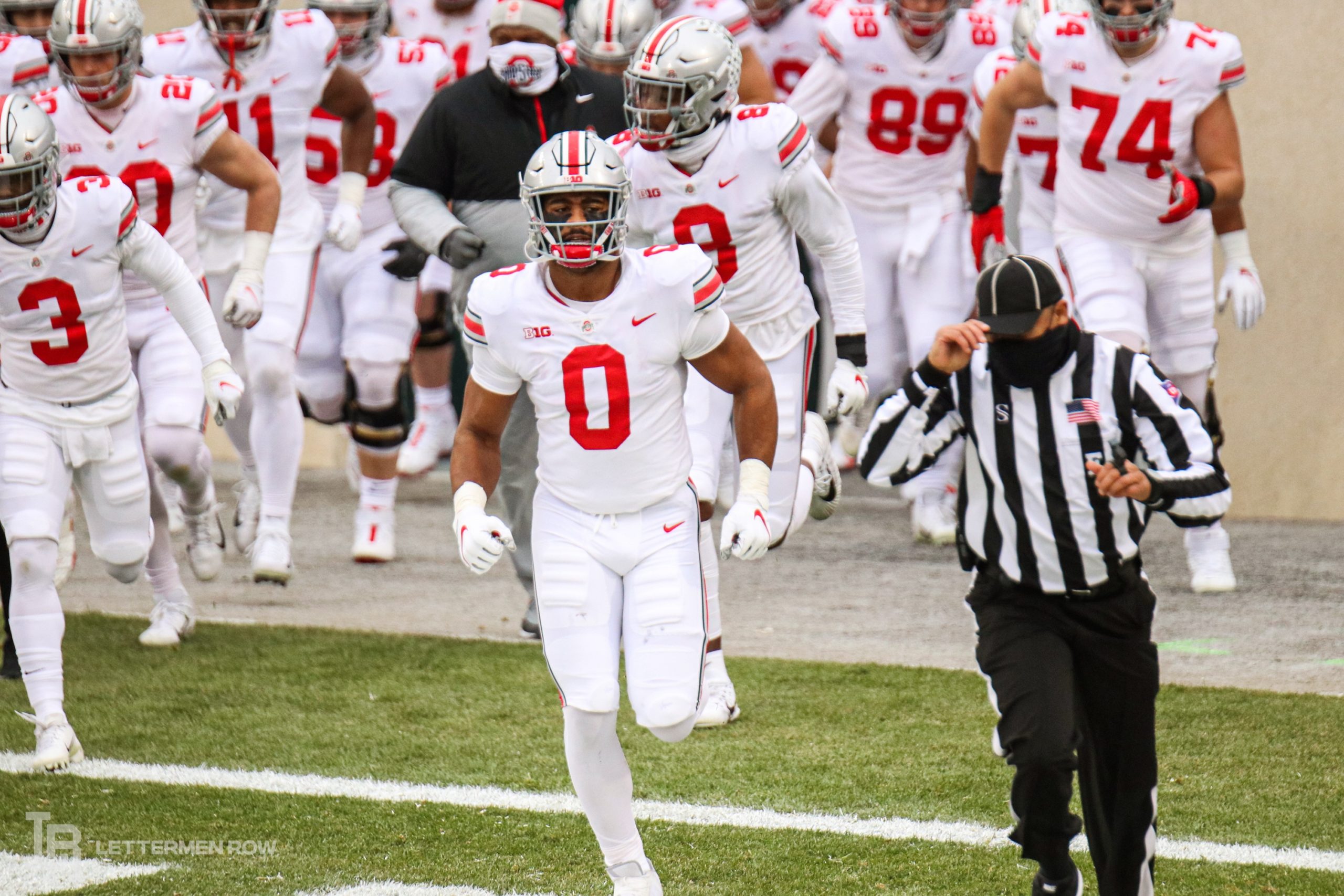 â€œYou just hit the nail on the head, the brotherhood,â€ Browning said. â€œWe just cherish each other. Thereâ€™s nothing I wouldnâ€™t do for my brother. Just the way coach [Ryan] Day and our coaches, the love that we have for one another â€“ it sounds kind of simple to say, but I guess you just have to be a part of it to understand, the love we have for one another.

â€œJust not letting down the guy next to you. We take a lot of pride in that, day in and day out.â€

Thatâ€™s why, he said, they have been able to weather the body blows thrown at them as a team repeatedly in this strangest of years for college football.

â€œEverything we went through this year, we went through together,â€ Browning said. â€œWe never wavered. We never broke apart. Coach Day always kept us together and we just kept getting stronger and stronger as a team and as a position unit.â€

The seven captains have led the way within the team, and junior tight end Jeremy Ruckert said there has been one voice especially that has caught his ear. 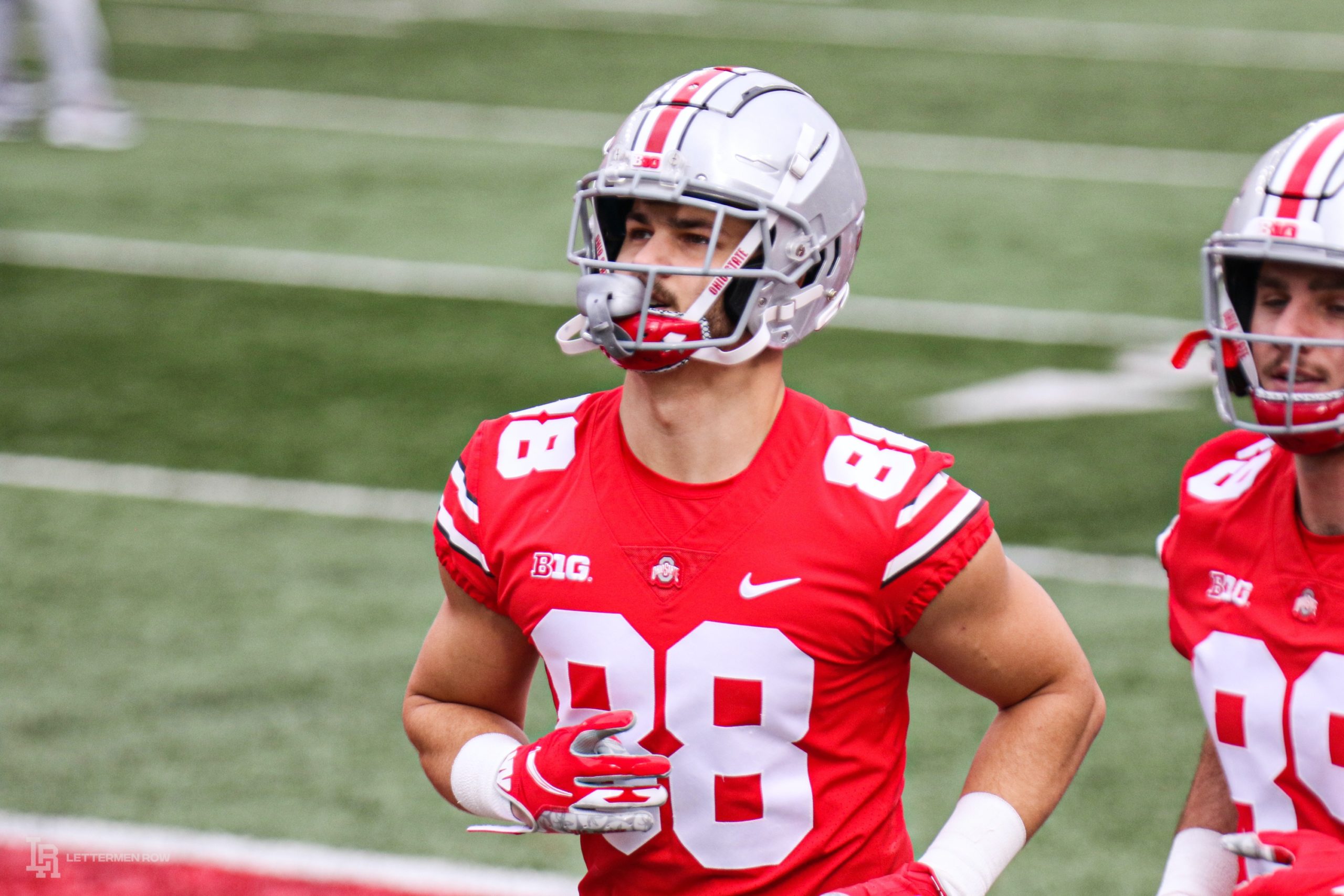 â€œI donâ€™t know if heâ€™s stepped up, heâ€™s always been a leader, but as far as on the offensive side of the ball you didnâ€™t really hear much of Coop until this year,â€ Ruckert said. â€œHeâ€™s stepped into that role of being, like, the teamâ€™s leader. He wears the Block O jersey â€¦ and heâ€™s just been vocal with the whole team, not just the defense.

â€œYou really feel his energy, you feel how much passion he has for this team, for this city — it’s very strong — and how important it is to him. You feel that energy and you want to rally behind the guy. With all heâ€™s given to this program, and all the years heâ€™s been here, heâ€™s just poured so much blood, sweat and tears here, you kind of feel his energy.â€

Thatâ€™s just one brick in the wall. Growing up in the program, Ruckert said, the brotherhood becomes â€œstronger and stronger every day” the longer players are in the program.

â€œAs you play more you really feel what itâ€™s like to be out there with your brother, leaning on them, them leaning on you,” Ruckert said. “Itâ€™s definitely grown a lot since Iâ€™ve been here. I love each and every guy on this team, and would do anything for them.

â€œThe experience on the field and the experience off the field in the weight room and workouts and everything, it just builds stronger and stronger every day youâ€™re here. Thatâ€™s why you feel those guys like Justin Hilliard, Coop and all those guys, you feel how much theyâ€™ve put into this program, and as you get older you start to appreciate that even more.â€

One stout season begets another, and the winning becomes attractive for those who want to join. Certainly it attracted cornerback Shaun Wade four years ago from Jacksonville, Fla. He saw how Ohio State, after a blip in 2011, was back to lording over the Big Ten under Urban Meyer, just as it had under Jim Tressel the first 10 years of the century. Now itâ€™s aiming at a fourth straight Big Ten title and second under Day.

â€œItâ€™s where it is because weâ€™re winners,â€ Wade said. â€œThis program is built on winning, thatâ€™s what I believe. Thatâ€™s the reason why I came here. I won four states [titles] in high school, so Iâ€™m trying to make it four Big Tens now.

And so it goes for Ohio State.