Apparently it was a premature end to his career at Ohio State as well.

The dominant defensive tackle confirmed that he would be moving on to the NFL Draft and skipping his senior season with the Buckeyes. And Togiai clearly didn’t get the sendoff he would have imagined, missing the national championship due to COVID protocol after playing a key role in the Sugar Bowl blowout over Clemson that was yet another display of his enormous potential in the trenches.

“This has been one of the toughest choices I have ever faced,” Togiai posted on social media on Monday night. “But after discussing with my family, it’s best for me to forgo my senior season and my time to declare for the 2021 NFL Draft. 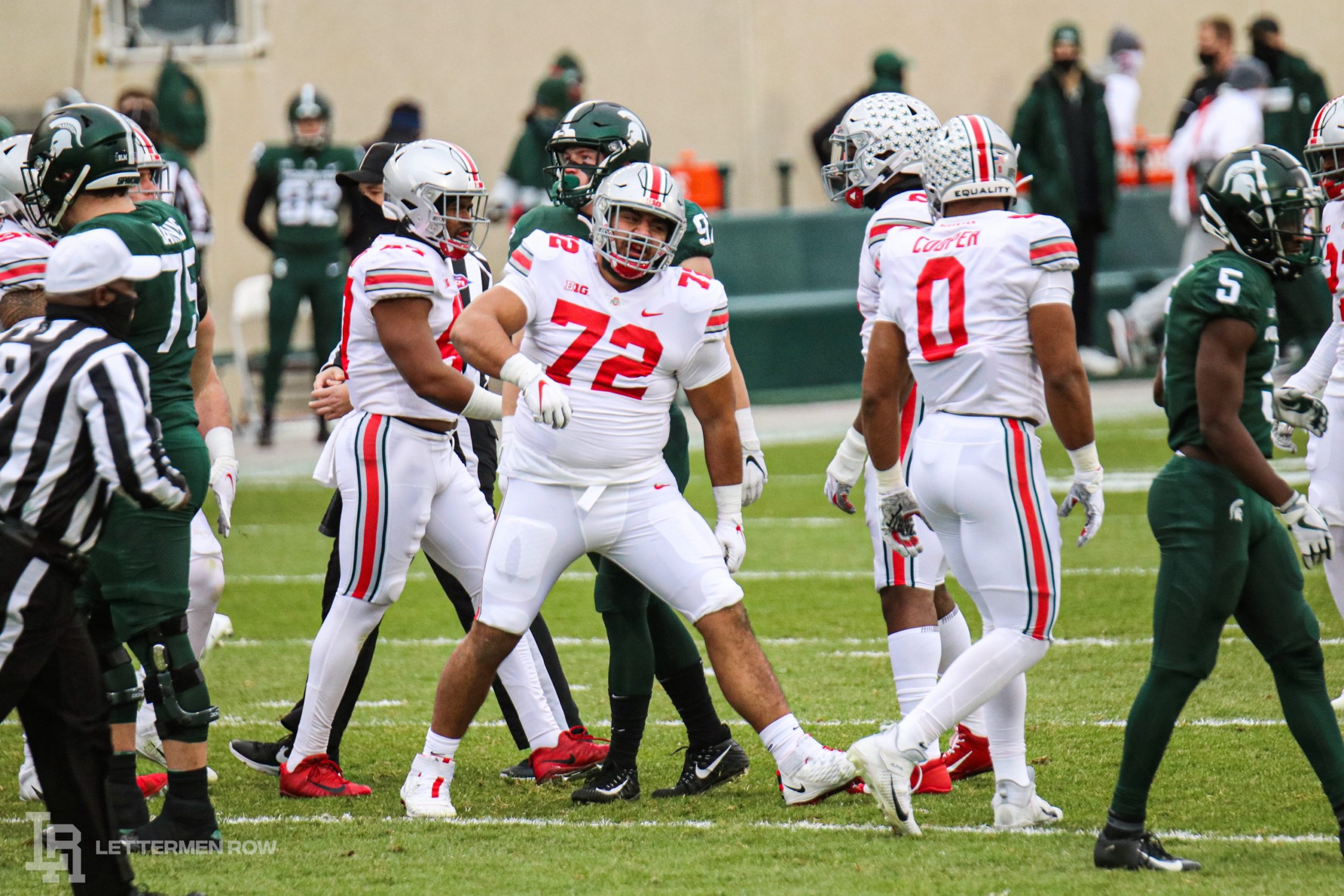 “The Ohio State University has truly changed my life. I’ve had so many ups and downs during my time here. I want to thank all of my coaches for everything they have done for me. They have pushed me to limits I never thought possible, and I am forever grateful to them.”

Togiai was a game-changing wrecking ball up front as a junior, unleashing his freakish strength and fine-tuned technique to become one of the best defensive tackles in the nation. Clearly his 23 tackles, 4.5 tackles for loss, 3 sacks, 2 passes broken up and a forced fumble caught the attention of NFL scouts, and Togiai can’t be blamed for capitalizing on his soaring stock.

His absence was clearly felt by Ohio State against Alabama, though, and he’ll be difficult to replace now that the Rushmen unit will have to do it on a full-time basis.

But that’s the situation for the Buckeyes now. Tommy Togiai didn’t get his shot to play for a national title, but he’s got a chance to chase his dream at the next level.