COLUMBUS â€” Kerry Coombs made sure that Toriano Pride knew what being an Ohio State defensive back is all about.

The Buckeyes tradition of developing cornerback talent into NFL draft picks is rich. That was the focus for Pride during his official visit to Ohio State.

“I got to have an individual meeting with coach Coombs,” Pride told Lettermen Row. “Just me and him and my mom and my dad. He was showing us all the recent defensive backs that have come through, it’s really impressive how they’ve developed guys.

“Coombs was in the NFL for a reason and that really does matter.”

Showing film of guys like Bradley Roby, Jeff Okudah, Damon Arnette and others is good, of course. That matters to a young prospect. What matters most though is how Ohio State, which already has four defensive backs committed, plans to use a player like Toriano Pride.

“Coombs was talking about the way he wants to change the defense and stuff like that,” Pride said. “He talked about how he likes to rotate the defensive backs but couldn’t really do that last year. It was good just learning how they can and want to use me in the defense, really. I know they’re trying to take a number of defensive backs but we’re all very different, so he was talking about how he’d use us all. That was the biggest thing really.

“It was good to meet the other defensive back recruits and get their perspective on Ohio State. The number of guys that they want to bring in doesn’t impact me at all.” 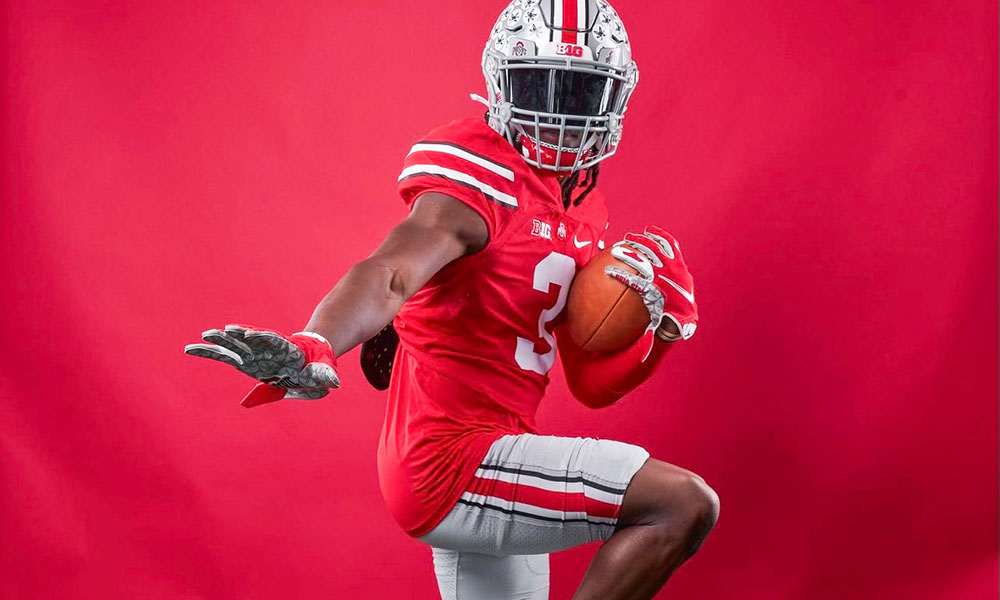 Toriano Pride will make a visit to Clemson and then decide on where he’ll play college football. (Toriano Pride/Courtesy)

Unlike many of the weekend’s visitors, Pride has been to Ohio State before. This visit showed him a bit more about the city of Columbus. That intrigued the 4-star from St. Louis (Mo.) Lutheran North High School.

“I knew before I went that everything was nice, with the facilities and stuff,” he said. “I know everything there looks good, so I wasn’t really surprised by that. What surprised me was really seeing that Ohio State was in the middle of a really big city. Columbus was bigger than I thought. That’s nice because sometimes you’re on campus and just can’t really go anywhere else. It’s nice to know you can get off campus and go have a little fun.”

Next weekend, Toriano Pride heads to Clemson. The Tigers are hosting a number of their top targets for a big-time summer retreat and a decision is going to come shortly after that.

“I don’t have a date or anything,” Pride said. “But after that visit we’ll just really sit down and make a decision.”