Trey Sermon should be fully cleared when he arrives for Buckeyes

The speculation, debate and conversations about Ohio State never end, and Lettermen Row is always ready to dive into the discussions. All week long, senior writer Austin Ward will field topics about the Buckeyes submitted by readers and break down anything that’s on the minds of the Best Damn Fans in the Land. Have a question that needs to be tackled, like the one today about Ohio State and the health of Trey Sermon? Send it in right here — and check back daily for the answers.

But the graduate transfer from Oklahoma is ahead of schedule, and he’ll be fully cleared by the time he arrives at Ohio State.

The initial timeline for Sermon in his recovery from the knee injury that shortened his junior season with the Sooners had him limited until late in May. But he’s progressed enough now that he should have a green light at some point in April, which would allow the running back to resume his training before graduating in early May — with an eye on reporting to Columbus as soon as COVID-19 allows it.

“I’m feeling pretty good right now,” Sermon said. “I’ve made a lot of progress, and I met with the doctor last week and he said I’ll be cleared in a month instead of late-May. So, I mean, it was my LCL, a little setback. 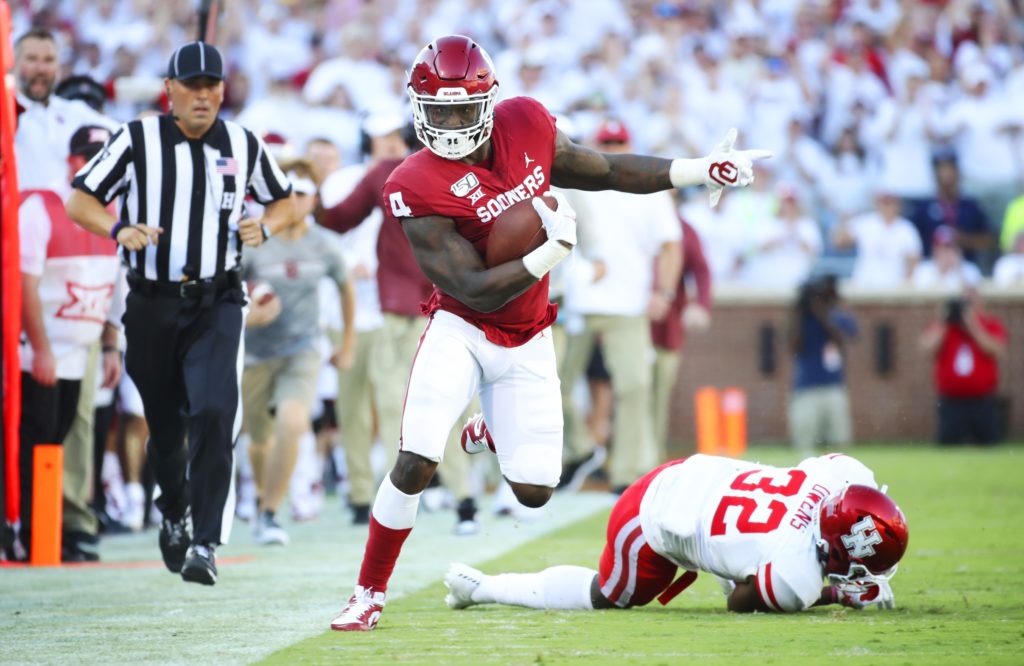 Ohio State will welcome Trey Sermon to campus as soon as possible after his graduation. (Kevin Jairaj/Imagn)

“But having my injury, I had a lot of time to think about my future and how I should go about things. That’s why I came to this decision.”

The Buckeyes certainly know what Sermon is capable of when he’s fully healthy. Not only were they heavily involved in his recruitment coming out of high school, but they also watched him score a touchdown against them in the Horseshoe when Sermon was an Oklahoma freshman.

There are no concerns from either Sermon or the Buckeyes that the knee will be a problem moving forward. And prior to the injury, he was actually on pace for the best yards-per-carry season of his career — a helpful reminder of his explosive, powerful potential as a tailback who could help Ohio State in a major way.

Right now, Trey Sermon can only really start planning for that move mentally until the physical limitations are gone. But the decision has been made, and he’s on track to hit the ground running when he arrives at Ohio State.