He may be the first one to make a second visit, though, if things go as planned. The 4-star prospect from Independence (Thompson’s Station, Tenn.) High School made the first visit with the Buckeyes last week. He’s trying to get back as soon as possible.

“It was just as good if not better than I expected for sure,” Lockwood told Lettermen Row. “Ohio State is top notch in everything they do. The staff was amazing and the town is great. We might go back at the end of June, and we’re trying to figure out a good game to come to.”

The trip to Ohio State was the first opportunity for Lockwood to meet Kevin Wilson in person. The Buckeyes offensive coordinator has been in touch as often as possible building their relationship. It was also the first chance to meet Ryan Day. The Ohio State coaches were able to showcase the program’s athletic and academic opportunities. 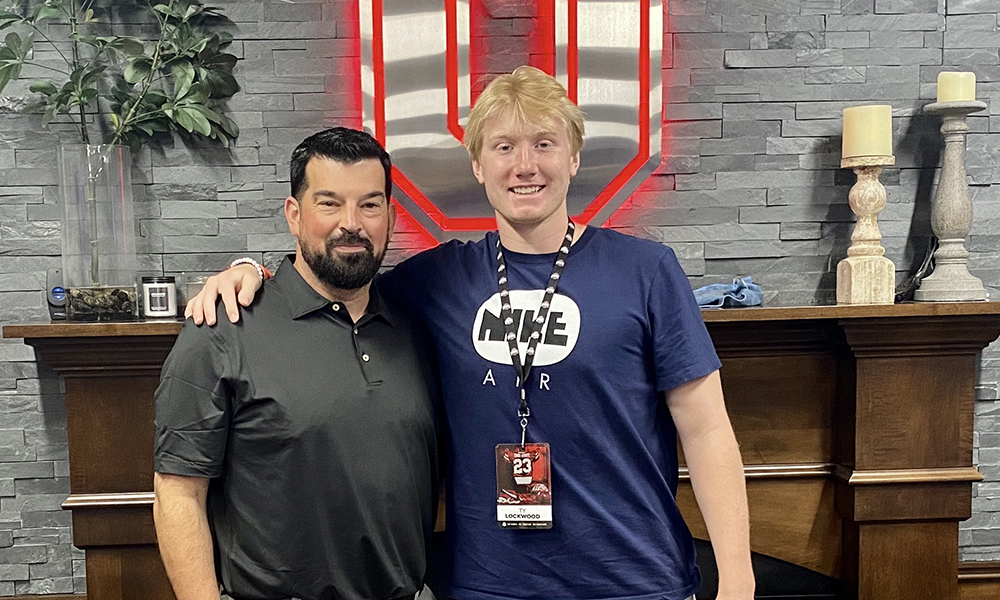 “We got along super well,” Ty Lockwood said. “I had a great talk with Coach Day, I love that dude. Coach Wilson is a great person, and we connected very well. We all loved it. They provide so many opportunities for the players in academics and internships. Itâ€™s great to see in person.”

For the 6-foot-5, 225-pound tight end, one major piece of the puzzle was how he’d be used in the Buckeyes offense. That is something that was shown to him at length during his visit. His role could look a lot like a current Ohio State tight end.

“They showed me where they used the tight ends and how much they used them,” Lockwood said. “I think they would see me as being a Ruckert-type guy, good at pass catching. But I can also block, too.”

Ohio State is hoping he can block off a couple dates for a second trip to Columbus.