COLUMBUS â€” Tyleik Williams had an opportunity he couldn’t pass up.

Despite never visiting Ohio State or Columbus, Williams graduated high school early, signed with the Buckeyes in December and arrived in January to begin his college career.

Williams didn’t need a tour of the Woody Hayes Athletic Center or a walk down North High Street to know who he wanted to play for. The selling point for Williams was watching quarterbacks — both on Saturdays and Sundays — be flattened by current and former Ohio State defensive linemen.

Ohio State defensive line coach Larry Johnson was the mastermind behind those. That’s something Williams had to be a part of at the next level.

“If you can’t get to the pros with Coach Johnson, then you don’t deserve to go anyway.”

Williams has always been the best player on every field he stepped on, and that started at an early age. Rarely has he been challenged, especially as a kid who has been bigger than all of his competition, even at a young age.

It didn’t matter what position he played. Nobody could tackle him, so Williams played running back. Nobody could block him, so he played on the defensive line. He was a superstar in youth football.

“I’ve been around him since he was really young,” Walker said. “He was always better than kids his age. He’s always had the ability. It’s just could he maintain and do the school work? You could tell that he was going to go places because he just had it. He worked hard, always dominated at his age group, and he dominated in high school. When he really turns it on, nobody can really stop him in his age group, as far as high schools.”

Williams hasn’t been truly challenged on the football field during his career. And that is already changing at Ohio State. 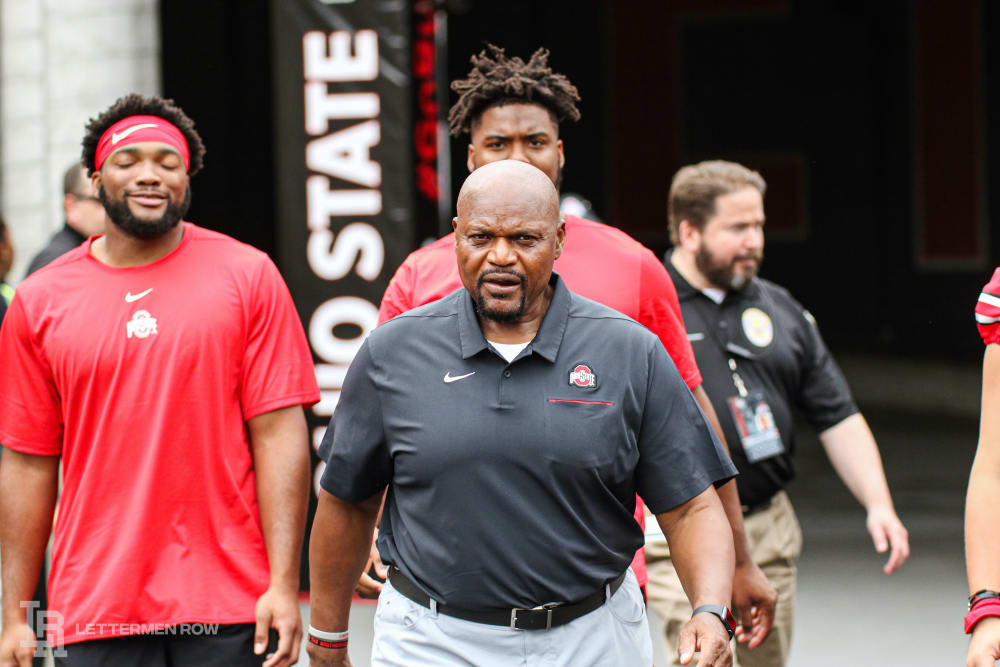 He won’t be blocked by overmatched offensive linemen like he was in northern Virginia high school football. He’ll face the best offensive line in America every day. But having Johnson to teach him is a huge added bonus to coming to Ohio State.

“I told him that his challenge is not here,” Walker said. “It’s going to be at the college level. Nobody could really do anything with him in high school, so I was for him graduating early and moving on instead of playing a spring season, our football season right now. I was pushing him 100 percent to go to college early.”

Now in the program and gearing up for his first session of spring practice, Williams has a chance to help the Buckeyes inside as a run-stuffer, where they are looking to replace Tommy Togiai, who opted to go to the NFL after last season.

If Williams can show he is a quick learner under Johnson and become reliable early, he could find time on the field.

That’s the goal for Williams, the No. 164 player in the 247sports composite rankings. He chose Ohio State to play for and learn from a legend. Everyone around Williams is confident that Johnson can get him to his full potential, because Johnson has a reputation of doing that with other defensive linemen.

“I’m excited to see if Coach Johnson can get the best of him,” Walker said. “Once he gets the best of him, I think he’s going to be a very good, dominant player for years to come.”

Tyleik Williams didn’t need to visit Ohio State to know that can happen. He was confident enough in Larry Johnson to show up without ever meeting the coaching staff.

Now he has to make the most of his time with Johnson.