COLUMBUS — Tyreke Smith may well be the next first-round draft pick from the Ohio State defensive line.

It just won’t be this year.

Thanks to his undeniable physical gifts, a wealth of knowledge already stored away from three seasons working with Larry Johnson and then a dominant outing in the Sugar Bowl, Smith easily could have elected to move on from the Buckeyes after his junior campaign. But thanks to a string of injuries and bad luck that have kept him from ever putting together a complete season to show what he can really do, there’s actually a decent amount of unfinished business for Smith — giving both him and Ohio State plenty to prove with one more year in the program.

â€œTyreke, the way he gets off the ball is something beautiful to watch,â€ fellow Ohio State defensive end Tyler Friday said last season. â€œI tell him everyday, thatâ€™s some of the craziest get-offs Iâ€™ve seen. 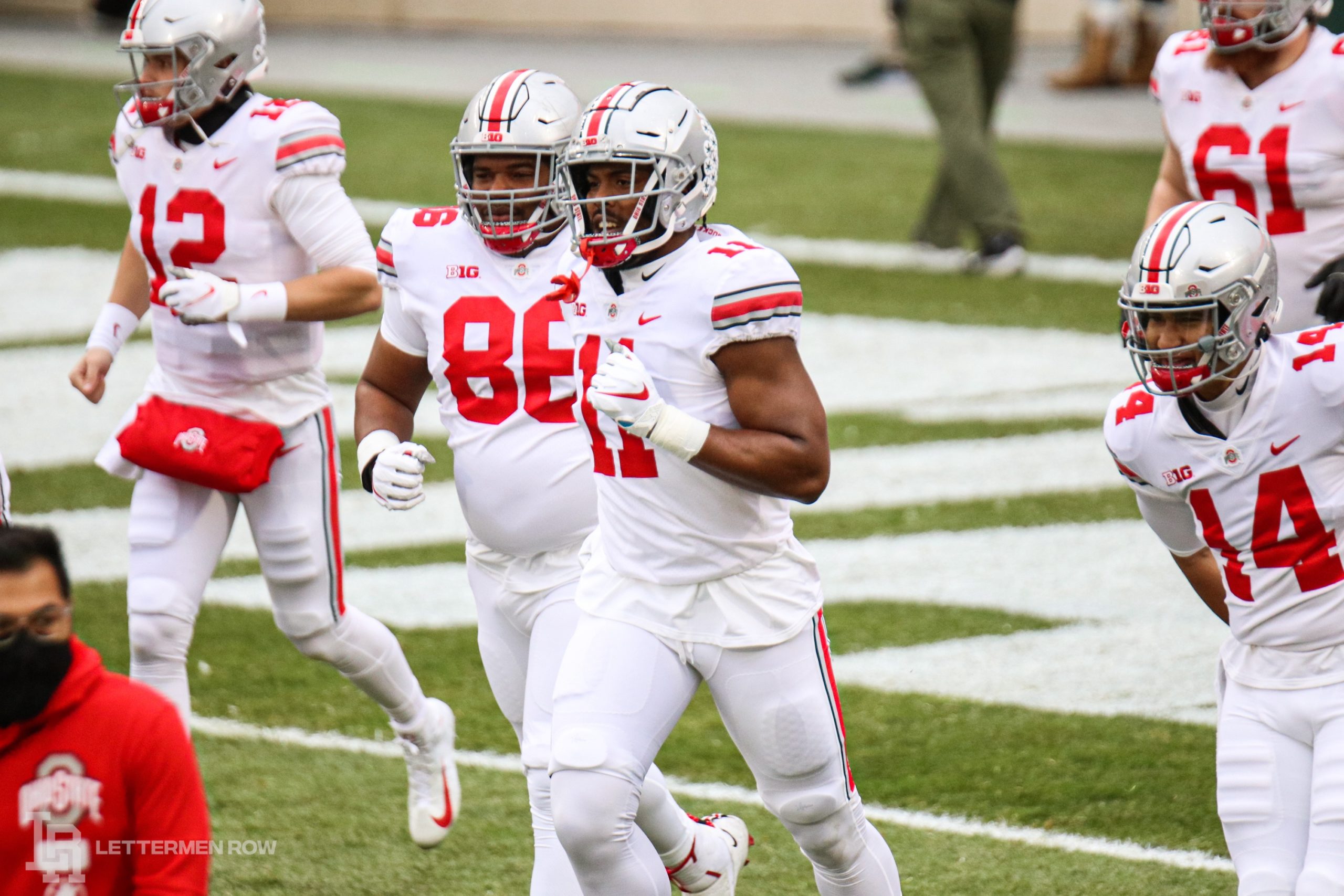 Ohio State defensive end Tyreke Smith can be a leader for the Buckeyes. (Birm/Lettermen Row)

â€œChase [Young] and Nick [Bosa] have been here, Iâ€™ve seen both of them play. I tell Tyreke all the time: â€˜Man, you got it.â€™ I could definitely see Tyreke emerging into that star.â€

Smith was well on the way to making that leap into the spotlight with a relentless performance for the Rushmen in the blowout win over Clemson in the College Football Playoff, a game that showcased his quick-twitch athleticism at the line of scrimmage as well as his rare combination of size and speed chasing the quarterback. The junior was tapping into the potential that has long been projected for him with the Buckeyes, and there’s no doubt he was needed in the title game against Alabama.

But then Smith’s snake-bit history with his health popped up again, this time with COVID protocols keeping him out of the lineup — and with no national title on his resumÃ© now, potentially tipping the scales to bring him back to Ohio State.

The Buckeyes will welcome him back with open arms, of course. And now it’s his time to take the leadership torch for the Rushmen and finally become the next first-rounder.

What makes Tyreke Smith such a special pass rusher for Ohio State when he’s healthy? Where can the veteran continue to improve heading into his final season with the program? How does he get off the football so fast for the Buckeyes? Former Ohio State captain and defensive end Jonathon Cooper popped in the highlights and answered those questions and more in the latest episode of BuckIQ.