COLUMBUS — The keys aren’t handed off during the spring of a sophomore season on the Ohio State defensive line, and it’s not time for Tyreke Smith to take the wheel yet anyway.

But this is when the driver’s test gets passed. When Larry Johnson starts fueling up the engine for the next machine to set the pace for the Rushmen. And when the next guy in line to become a future first-round pick finally starts getting some confidence to put the pedal down.

Smith isn’t a finished product right now heading into the final few days of camp before Saturday’s exhibition in the Horseshoe. But like the guys who have come before him and told him about the importance of these 15 workouts to jumpstart their career, Smith appears right on schedule to take his place as the next great pass-rushing weapon for the Buckeyes.

“That’s what Nick [Bosa] told me,” Smith said. “He was telling me that this spring was when he really transitioned to what he thought was a great player. So, he said to take it serious, take in Coach Johnson’s coaching. Really, he said it wasn’t about the physical ability, because I have all the physical aspects. It’s really about the film, getting in the film room, improve the film [study] and step into more of a leader role to help my unit.

“This spring is when I have to make that big jump into a big, key role.” 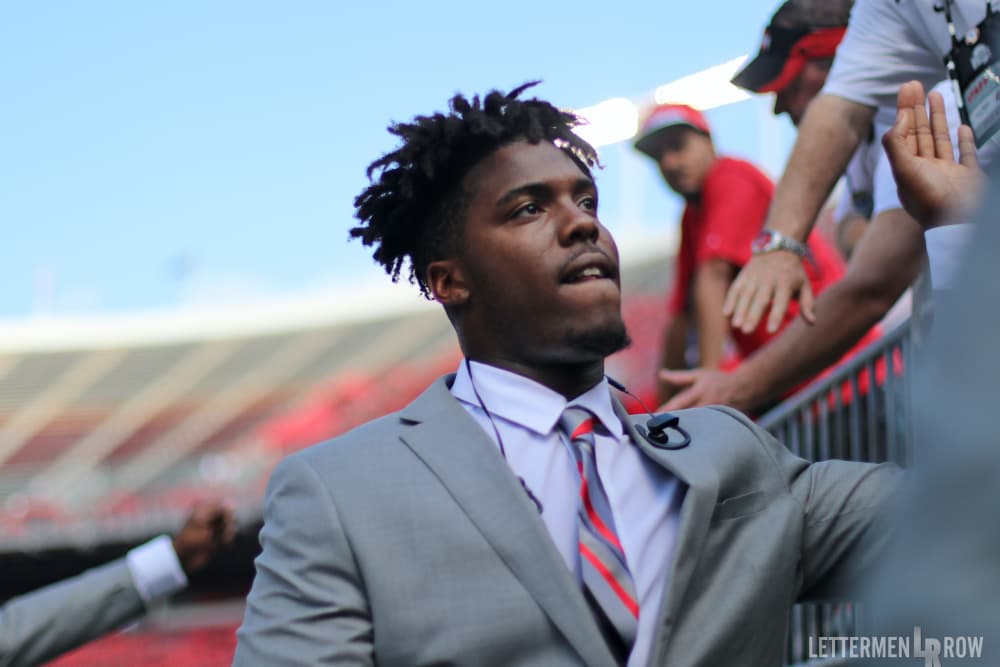 Ohio State sophomore Tyreke Smith has a better feel for the game now with the Buckeyes. (Birm/Lettermen Row)

That’s a familiar blueprint under Johnson, and it’s obviously worked out pretty well as he molds raw, athletically-gifted athletes into NFL-ready products off the Rushmen assembly line. From the Bosa brothers to Tyquan Lewis, Sam Hubbard, Jalyn Holmes and now with Chase Young heading into his turn as a junior with an early first-round projection for his draft stock, the approach is largely the same with all of them at Ohio State.

There may be tweaks along the way, but generally the Buckeyes will get a freshman’s feet wet, which Smith did last season with appearances in 11 games and 9 tackles to show for it. There was never any doubt that Smith would have the physical tools to thrive at Ohio State, but that first year is important for showing the speed of the game, the demands of the position in the Big Ten and what it takes to perform at a high level.

From there, Johnson takes those reps on film and dives deep into everything heading into spring, picking apart even Smith’s stance down to the microscopic details to set the stage for one of the most crucial development periods of a player’s career at Ohio State. Then Smith has to take it to the field, which he’s done with a camp that has generated buzz for his potential right from the opening practice.

“He’s got really great ability, he’s real twitchy, he can run, he’s got great conditioning — and he’s starting to learn how to play football,” Johnson said. “That’s the biggest key now that he’s getting all these reps in spring ball, and by the time he gets to August, we should be ready to go. I’m really pleased so far.

“Year One is a learning process trying to learn how to play the game fast. Year Two, spring ball, now he understands the game and his talent, technique should take over. That’s what we’re starting to see right now.” 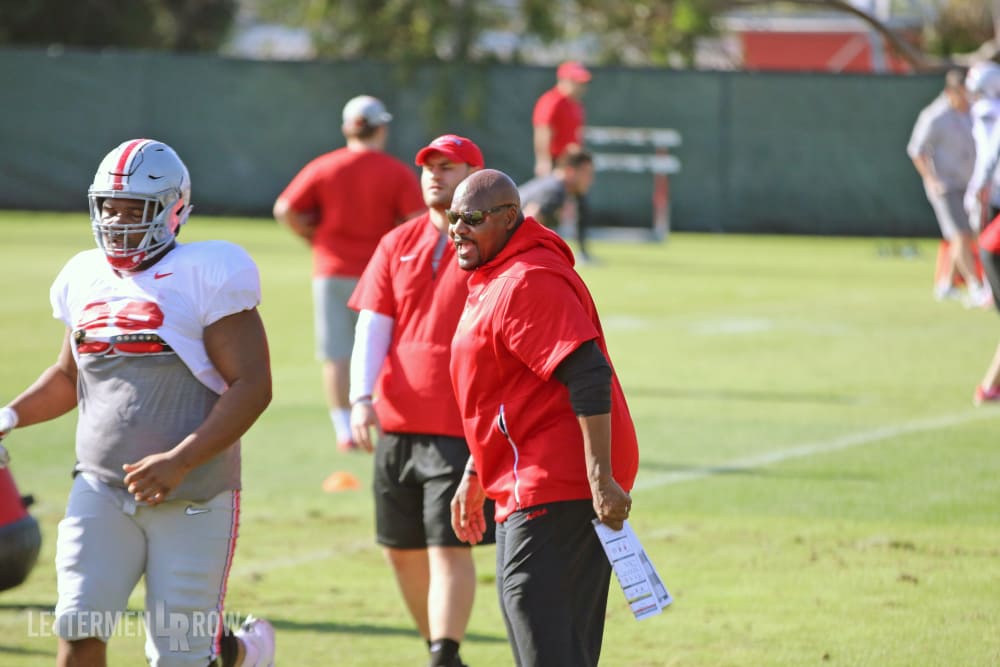 That progress figures to be bad news for opponents trying to block the Buckeyes this fall, since they still have Young and senior Jonathon Cooper around to set the tone at defensive end as Smith works his way into a more prominent role.

With the way Ohio State rotates, Johnson has still been known to pull back the throttle a bit even with surefire NFL talents, limiting reps for sophomores when possible as both Nick Bosa and Chase Young can attest. But all of those pupils of Johnson have understood that it’s part of the process, and they’ve handed down that message to Smith along with the expectation that he’ll one day be in their shoes.

“Last spring, I was a dog — hungry. And that’s just how Tyreke is, and that’s what I expect. I tell him: After Nick, after me, then it’s you. It’s a train, our defensive line is always good and there’s a great pass rusher in every class. Tyreke Smith is that next big thing.”

The Buckeyes have spent the spring making sure that engine is finely tuned.

And soon it will be time to truly unleash Smith.

“I try to go 110 percent in everything I do,” Smith said. “I just try to do more than just what’s enough. Go in extra, look at film, critique myself, go out and get extra pass rushes — anything I can do to get better.

“When I have Coach J in my corner, my talent and everybody around me that’s helping make me a better player? That’s no pressure. I know what I’m capable of, and I know that I can take my game to a level that nobody has seen before.”

That time is coming soon enough for Tyreke Smith.