COLUMBUS — Tyvis Powell is not done searching for the next step in his football career.

The former Ohio State safety and defensive MVP from the 2014 College Football Playoff finals has signed a one-year deal with the BC Lions of the Canadian Football League. The contract includes a one-year option after his first season with the Lions.

He last played on the Denver Broncos practice squad, waived last August as the COVID-19 pandemic took away his opportunity in the NFL.Â After jumping around the NFL for the last five seasons, the Bedford native is ready to head to Canada and make an immediate impact.

“Iâ€™m extremely excited to be able to play football again,” Powell told Lettermen Row. “Obviously I missed all of last year with no NFL opportunities and the whole pandemic going on. I plan on stepping out of my shell with this opportunity and becoming a leader and making those big-time plays. Mostly Iâ€™m looking forward to having fun and winning — because winning is fun.” 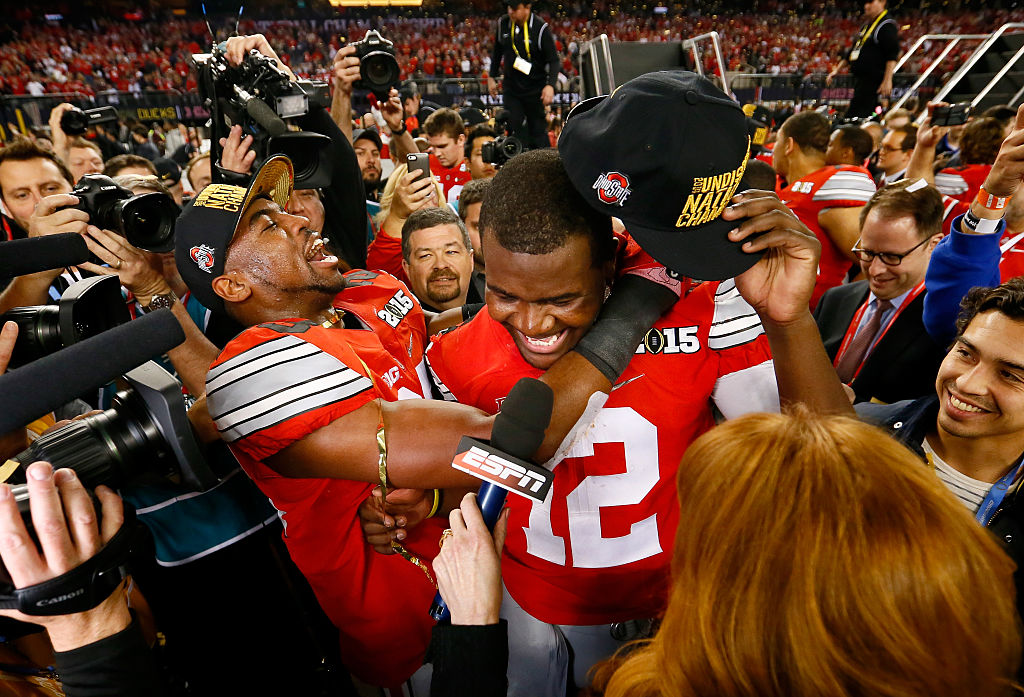 Perhaps best remembered for his game-high nine tackles in the Buckeyes’ national championship win over Oregon, Powell played at Ohio State from 2012 to 2015. One of Urban Meyer’s first commitments at Ohio State, Powell redshirted his freshman season. In 2013 he appeared in all 14 games — starting five, including the Orange Bowl — as a backup to Corey Brown and finished with 48 tackles and an interception.

Powell was a key member of Ohio State’s 2014 national championship team, starting all 15 games and recording 76 tackles and four interceptions as the Buckeyes captured their first national title since 2002. Roommates in college with close friend Cardale Jones, Powell returned to Columbus for a final season in 2014, tallying 71 tackles and three picks.

Since declaring for the 2016 NFL Draft and being signed as an undrafted free agent by the Seattle Seahawks, he has made stops with the Cleveland Browns, San Francisco 49ers, New York Jets, Houston Texans, Dallas Cowboys and Broncos. He has appeared in 18 games during his stint in the NFL, highlighted by a forced fumble and 14 total tackles.

Now Tyvis Powell is ready to head north, taking his experiences from the NFL and Ohio State to help the BC Lions secondary dominate the CFL.