The Buckeyes are 0-4 against the Tigers all-time, and while the winless record will be in the back of minds across the Ohio State defense, it also won’t matter at all when the ball is kicked off in the Sugar Bowl on Friday night.

History means nothing in between the white lines. And the Buckeyes are ready to finally take down the Tigers after plenty of frustrations.

“Obviously we know the history and everything between Ohio State and Clemson,” Ohio State captain and defensive end Jonathon Cooper said on a Zoom call with reporters Tuesday. “We go back and reflect on everything. We watch the film and see where we can get better. I feel like that’s how you approach anybody when you look at a team that you’ve played… you look at the tape and you see where you messed up at it and see where you can get better at it. You have to go out there and execute.”

Ohio State came close to taking down Clemson last season, so the fuel and motivation that already comes with playing in the College Football Playoff is further heightened. Friday night can’t come soon enough for the Silver Bullets defense.

“We’ve never beaten Clemson, so we have to be that team,” Buckeyes cornerback Shaun Wade said. “And that’s what we’re trying to do. In our past history, we’ve never beaten them. So our goal is to win this game and go from there.”

Cooper, Wade and other Buckeyes defensive playmakers met with the media Tuesday to break down the Sugar Bowl against Clemson. And as always, Lettermen Row is breaking down What We Learned from the loaded conversations with the defense of the Big Ten champions. 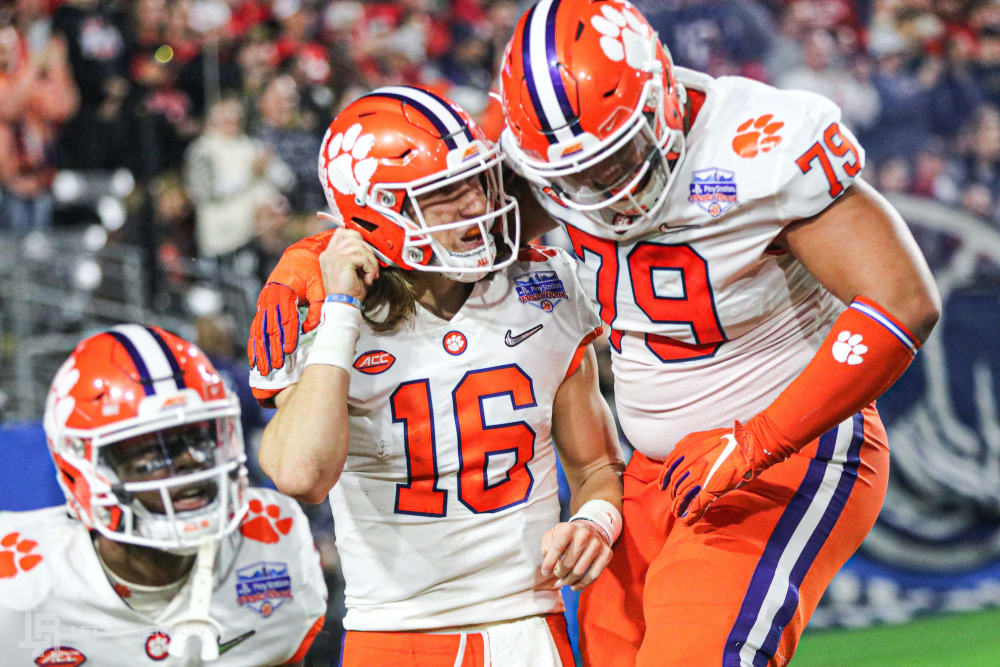 Trevor Lawrence had a successful day on the ground against Ohio State last year. (Birm/Lettermen Row)

Clemson quarterback Trevor Lawrence is one of the most polished college quarterbacks in recent memory, and he certainly poses a threat to the Buckeyes secondary in the passing game. But he also is a more-than-capable runner who can burn the entire defense for massive runs — like he had against Ohio State a season ago, when he had a long rushing score that helped shift momentum toward the Tigers.

So the Buckeyes have to be able to contain the shifty Lawrence and make sure he can’t run for first downs and long gains.

“You will see when players have angles on him and he outruns the angle,” Buckeyes defensive coordinator Kerry Coombs said. “I think that the thing that â€‘â€‘ he does so many things very, very well. So I would say he’s arguably one of the great college football quarterbacks of all time based on his production and winning games. He is a play extender, and he does a great job of avoiding rush, side stepping rush, getting outside the pocket, running the ball or extending the play and throwing the ball. And he makes very, very, very few poor decisions.

And when Lawrence adapts and looks to make plays with his feet, Ohio State has to be ready to defend.

New members of secondary need to come up big

Ohio State knows it can count on a big performance from Shaun Wade in a game of the Sugar Bowl’s magnitude. But the rest of the secondary is green when it comes to playing in big games. Sure, some of the members of the Buckeyes secondary took a few snaps last year in the semifinal, but not what they’ll see Friday night.

The secondary is counting on Wade, but players such as Josh Proctor, Marcus Hooker, Marcus Williamson and Sevyn Banks must also step into a new level of play to compete with the Tigers.

“A lot of them played last year in that semifinal game,” Wade said. “They played in that nickel package. Josh Proctor and Marcus Hooker played in the nickel package with us last year. They understand the value of this game. And a lot of them played special teams so they understand, because special teams is very, very important in games like this. A lot of them understand just what this game is going to be like. Everybody has been getting better each game and each week. We have just been preparing, preparing, preparing. Now we’re really looking forward to just match up and get what we want.” 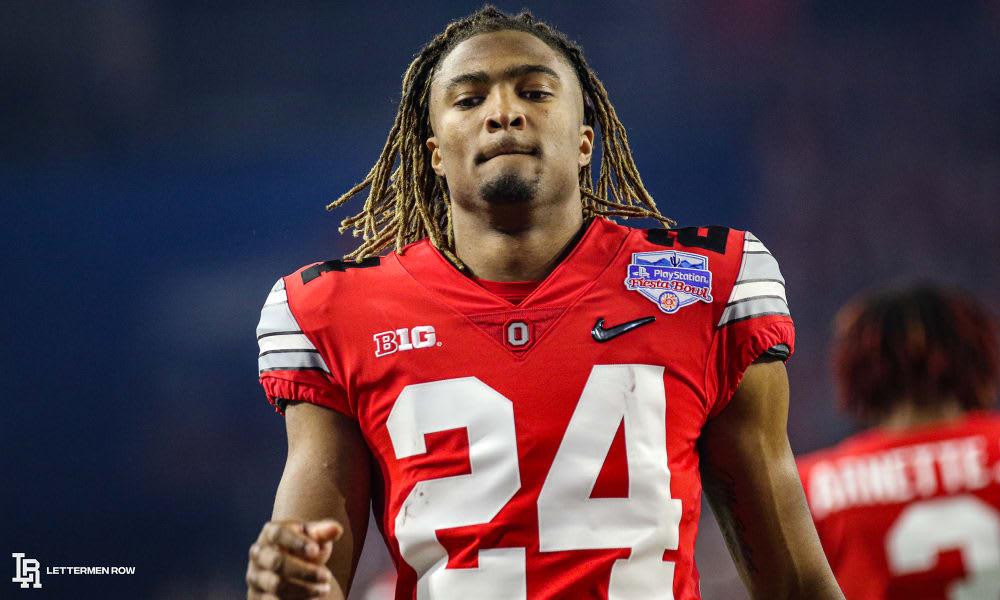 Ohio State cornerback Shaun Wade returned to the Buckeyes with a plan to win a national title. (Birm/Lettermen Row)

The last time Shaun Wade faced Trevor Lawrence and Clemson, he was ejected in the first half on a questionable — to say the least — targeting call. The call gave Clemson momentum to mount a comeback and beat the Buckeyes.

So this game Friday night in the Superdome means a little more for Wade, who chose to return to Ohio State for another chance at a national title. Now he has one — once again facing Clemson.

“Well, in many ways, the way that game finished is a big reason why Shaun came back,” Coombs said of his All-American cornerback. “He’s passionate about winning. I’m not going to say he felt responsible, but he felt shortchanged or whatever. I don’t know what the right word is to be honest with you. He’s been motivated all year, and he’s a great leader. But this game obviously means a lot to him. He’s prepared extremely well. He wants to go out and have a good performance. He wants to help his team win. And that’s the main thing.

“But there’s no question that coming off the field at halftime, or before the halftime last year, was very, very hard for him.”

Wade is just working to make sure when he comes off the field Friday night, it’s with a smile and a spot in the national title game.

Ohio State has one of the best duos of interior defensive linemen in the country. But Tommy Togiai and all-American honoree Haskell Garrett don’t like to focus on themselves when it comes to praise for the Silver Bullets defense.

So other playmakers on the defense will do it for them. And the Buckeyes aren’t shy about explaining how valuable their defensive tackles have been all season.

“Those guys in the middle, they’re fighters,” Ohio State senior linebacker Pete Werner said. “They’re guys that have spent so much in the offseason gaining strength, speed, knowledge of the game, and one of the things I think of is confidence. [Tommy Togiai] is understanding his role in the defense and how big it is. Him stepping up to the plate and doing what he’s doing is, that’s what you ask for from a three-technique or one-technique in the Ohio State defense.”

If the Buckeyes are going to topple the Tigers, both defensive tackles will need to be at their best.