COLUMBUS â€” This was all expected from Ohio State wide receiver Garrett Wilson.

The 5-star true freshman wide receiver put defensive backs around the Big Ten on notice during the spring game in April, and Saturday against Cincinnati, he made sure all 104,000 people in attendance at Ohio Stadium knew that the Wilson hype was real.

Wilson leaped over a Cincinnati defender late in the second quarter, caught a Justin Fields pass and came down in the end zone for his first catch and touchdown of his young Ohio State career. He finished the game with just the one catch for nine yards and the score, but with the way it happened, it seems to be just a matter of time before Wilson cracks the every-down rotation in meaningful games for the Buckeyes.

Wilson’s touchdown grab, likely the first of many, wasn’t the only thing example of an Ohio State player helping himself out. Lettermen Row has four other Buckeyes who helped their cause in the dominant 42-0 win over the Bearcats. 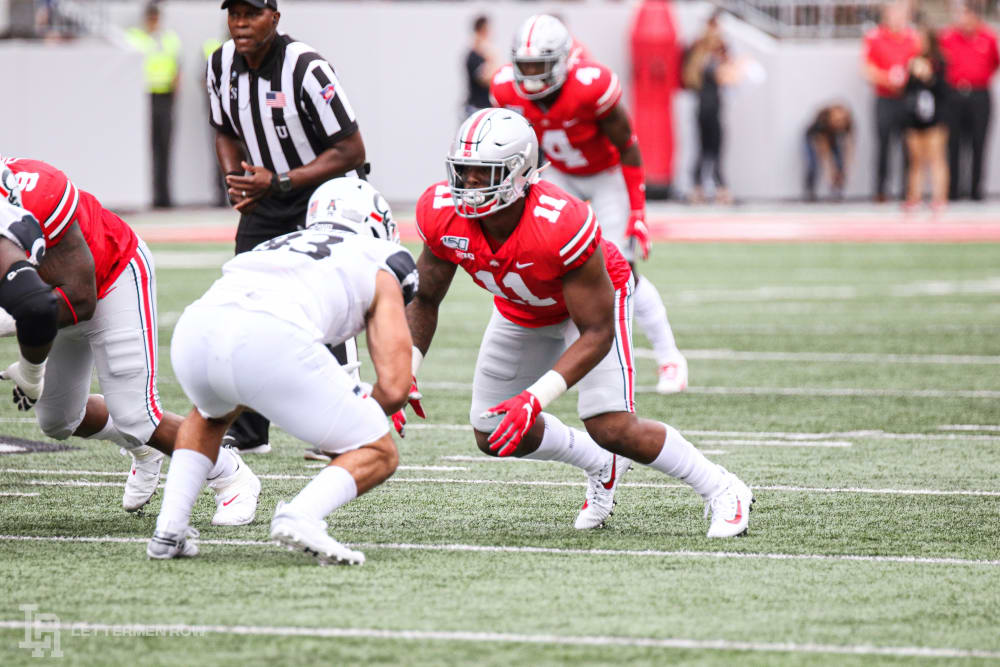 As Chase Young continues to make his case to be the No. 1 overall pick in next spring’s NFL Draft, Tyreke Smith will reap some benefits of playing on the opposite side of the superstar for a season. The attention will always be on Young. So if Smith or any defensive end paired with Young can be a force, the Buckeyes defense will be better. Smith took a huge step forward Saturday when he rushed off the edge in the second quarter and destroyed Cincinnati quarterback Desmond Ridder for a sack. Smith has been talked about since he arrived on campus, and now in his second season, he may have earned more playing time â€” especially if he can rush the passer like he did Saturday.

While none of the defensive tackles on the Ohio State roster get as much love as the defensive ends, they all have skillsets to complement each other. That’s where Davon Hamilton comes into the mix. Hamilton, while not a true pass-rusher like Jashon Cornell this season or Dre’Mont Jones last year, is one of the best Ohio State defensive tackles at stuffing the run. He was a large reason why Cincinnati bell-cow rusher Michael Warren finished the game with just 15 yards on 10 carries. Hamilton’s success at stopping the run will be crucial once the Buckeyes enter Big Ten play. And Saturday was a big step in the right direction.

Teague broke out in the season-opening win over Florida Atlantic with his hard running style and bruising finish. He continued that in the win over Cincinnati. Although he had just 60 yards on 11 rushing attempts, he’s becoming a guy that can provide J.K. Dobbins with plays off when needed. As Dobbins got back on track with a 100-yard performance, Teague is just finding his footing in the Ohio State offense. Imagine if he would have been healthy enough to practice during camp. 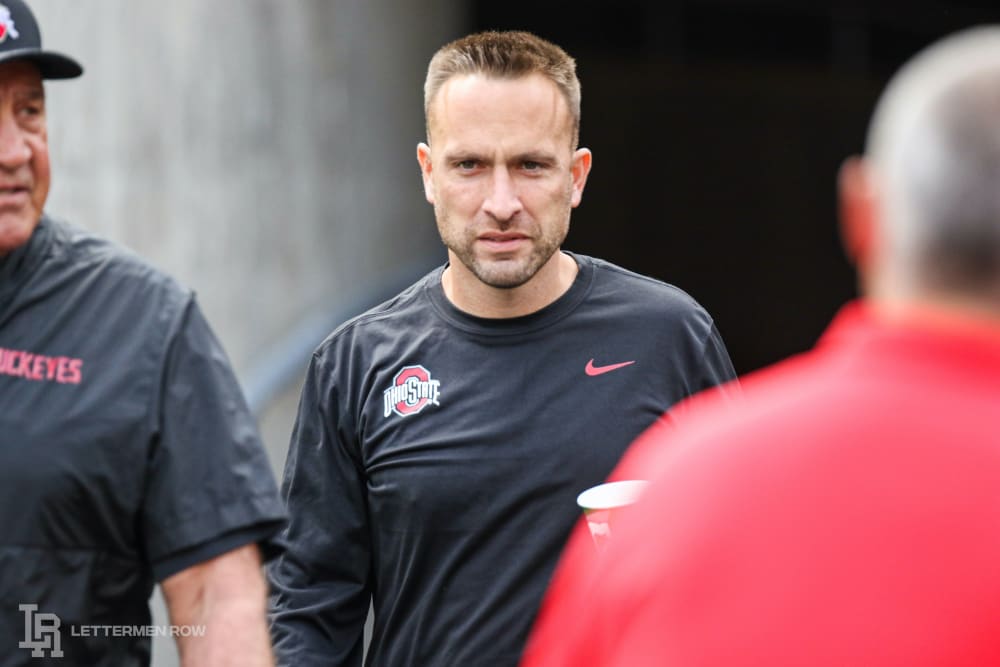 Jeff Hafley’s presence in Ohio State’s defense was already felt before the Cincinnati game. With a new coaching staff, the Buckeyes defense has been dominant through two outings. But Hafley’s easy-going approach resonates with the players, and when a coach takes blame for something, that only helps him more in the locker room.

Hafley took the fall for Damon Arnette’s allowed deep ball against Cincinnati, saying he told Arnette his day was done, but had to put him back in after Sevyn Banks got hurt on a kickoff.

â€œI want to make sure that I say this,â€ Hafley said. â€œYou guys saw Damon Arnette get hit on that go ball at the end of the game. I know he was frustrated. I had told Damon he was done for the game, he had actually unbuckled his shoulder pads. Sevyn Banks was going in, and Sevyn got hurt on the kickoff so Damon ran on the field. Iâ€™m not using that as an excuse by any means, but I credit him for going in.

“As a coach, I take responsibility for that. I admit my mistake, and I want to have Damonâ€™s back on that so everybody understands it.â€

It’s not like Hafley needed to help his cause. The Buckeyes know what they have with Hafley. The players, though, always appreciate when a coach has their backs.