He and his impressive collegiate resume are now off to the NFL, and Davis has a home. The Minnesota Vikings selected Davis, the two-time All-American, with the 86th overall pick in the third round of the NFL draft.

Davis, who was named to the Big Ten All-Decade team by Big Ten Network last summer, could have left after an impressive 2019 season in which he was named to multiple all-American teams. But he decided to come back to Ohio State for another shot at a national title. As a captain and starting right guard, he helped block for one of the best offenses in the country.

He bolstered his position among the elite interior offensive linemen in college football. 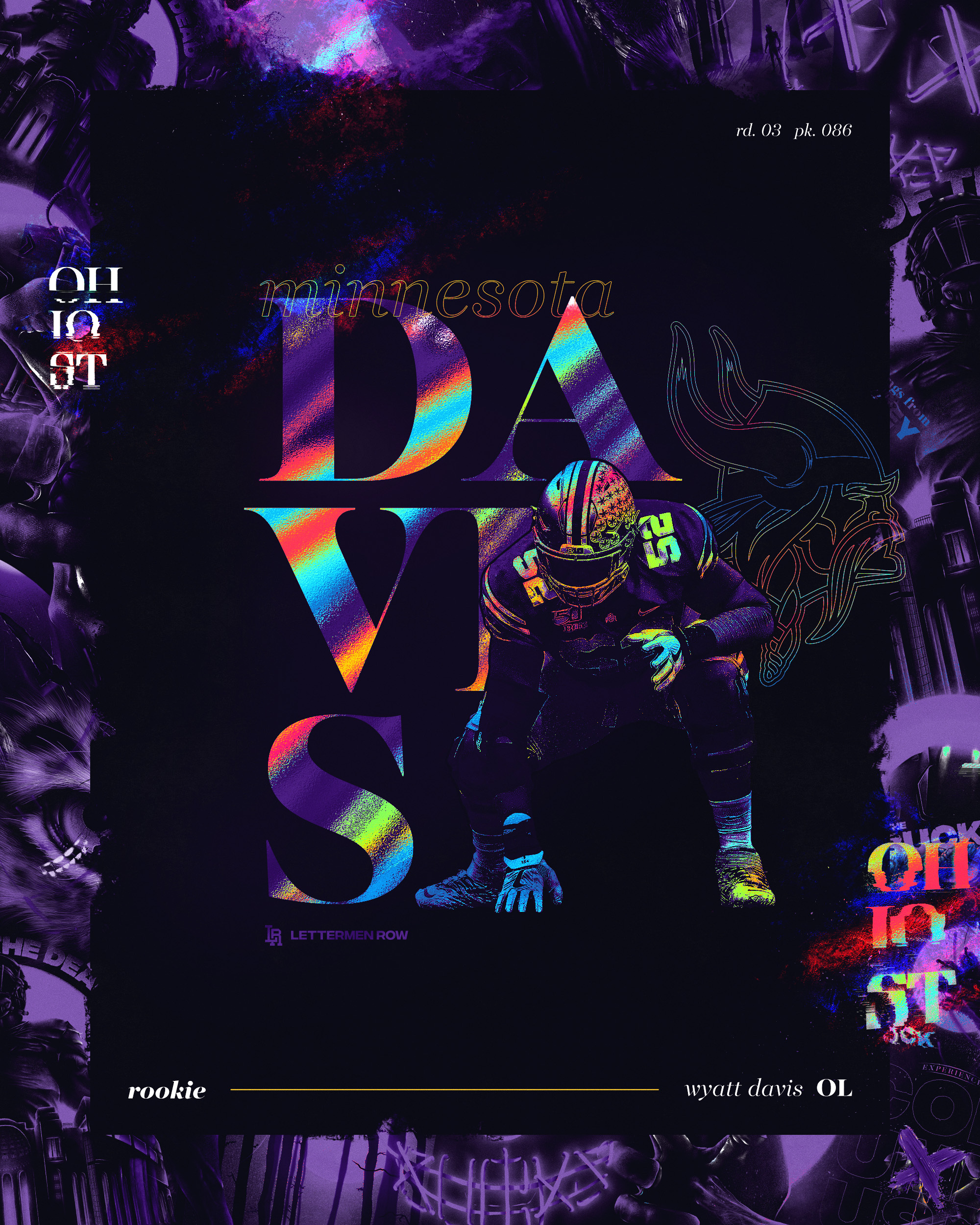 The former four-star from Bellflower, California, leaves Ohio State as a four-time Big Ten champion. He has a Rose Bowl win, a Sugar Bowl victory and two appearances in the College Football Playoff. Davis won the Big Ten Offensive Lineman of the Year last season, as well.

He did his work this season while nursing an unknown injury. That held him back from being even more dominant than he was.

â€œEven if I would have known what my injury was prior, I still would have played, just because we were right there,â€ he said after his Pro Day at the end of March. â€œYou know, I was either all in or nothing.â€

With the injury, Davis saw a slight slip in his ability, and it caused some concern among pro scouts and executives. Davis slipped out of many first-round mock drafts and all the way down into the third or fourth rounds in some eyes.

But now the pre-draft process is over. And Wyatt Davis has a home. He’s heading to Minnesota as a third-round pick.