The Buckeyes defensive end just looked and talked like a new person during media sessions. With the help of Mickey Marotti in the weight room this winter, Harrison reshaped his body. The work was rewarded on the field this spring as coaches raved about his improvements. He showed it on a national stage in the spring game, too, getting off the edge faster and looking ready to burst into backfields frequently this fall.

The transformation hasn’t gone unnoticed. With the 2021 NFL Draft barely a week old, 2022 mock drafts are being released — and Harrison’s name is littered all over them. Draft experts believe Harrison can join Chase Young, Nick Bosa and Joey Bosa as first-round draft picks. 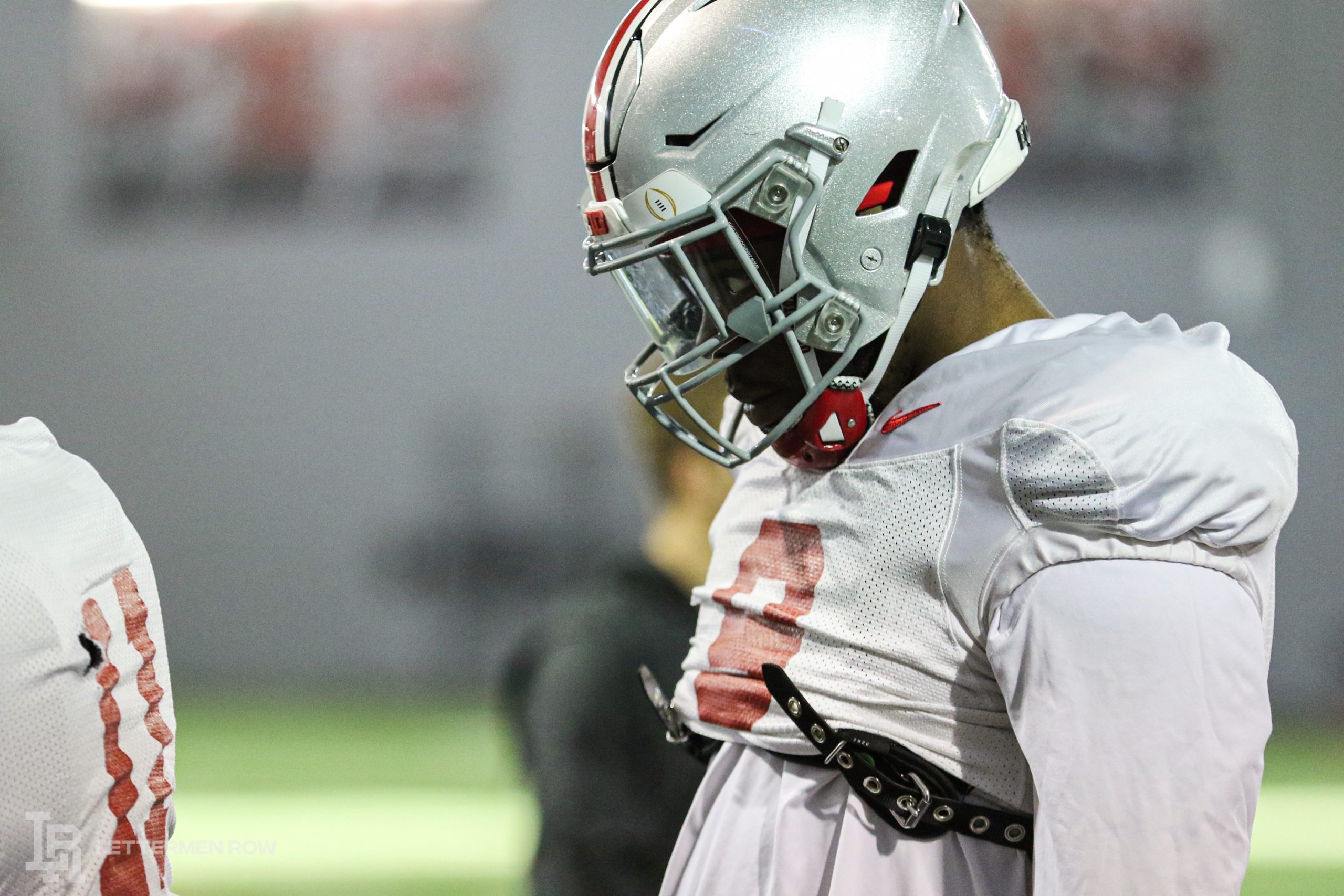 Zach Harrison could be the latest Ohio State product to hear his name called early in the NFL Draft. (Birm/Lettermen Row)

Dane Brugler, The Athletic’s draft expert, projects Harrison in the mid-20s, too. Brugler believes the Ohio State defensive end will be the fourth edge rusher drafted next year, heading to the Green Bay Packers at No. 25. And FOX college football writer R.J. Young has Harrison slated the highest, drafted by the New York Giants with the No. 6 overall pick.

All three draft analysts believe Harrison’s hasn’t even come close to reaching his ceiling yet. With another season under the guidance of defensive line coach Larry Johnson paired with the sample size of improvement he’s shown this spring, Harrison’s draft stock will rest in his production this fall.

“It’s the process, and that’s what you get players to understand,” Johnson said. “There’s a process to get to that third year or that fourth year. You got to do all that grinding at the bottom to reach the top. Once you get into that right area, what I call the getting to the level that we think we can move you a half inch, just another notch up — that’s when you get really excited about coaching guys.”

Zach Harrison has gone through the process, and he’s starting to come out on the other side.

If he can continue to improve before the beginning of the 2021 campaign, there’s no reason why he shouldn’t hear his name called early in the 2022 NFL Draft.