Ohio State football recruiting can be a wild ride full of twists and turns as recruits from all over the country maneuver their way to signing day. Lettermen Row is here to help navigate the tumultuous roads by getting to the heart of the matter with the young football players and Ohio State coaches and staff members themselves. Today we’re talking with Dallan Hayden, who has just announced his college choice.

COLUMBUS — Dallan Hayden was pretty sure he was going to commit to Ohio State as far back as March.

That is when the 4-star running back and his family made a one-day, unofficial, unguided visit of Columbus. It’s a city that Hayden spent time in as a young kid, but the trip provided his first real chance to evaluate Ohio’s capital through objective eyes.

While that stroll around Ohio State was important to the 5-foot-11, 195-pound Hayden, getting to make official visits to his top schools was a priority. He started the month of June with a trip to Illinois, where his brother Chase plays for the Illini. After that, the real intrigue began with a visit to Notre Dame.

Things got interesting there. The Irish had a lot of ground to make up on Ohio State and put a solid presentation together for the country’s No. 24-ranked tailback and his father, former Tennessee Volunteers running back Aaron Hayden. The question was whether or not it’d be enough to overcome the substantial lead the Buckeyes had created in his recruitment. 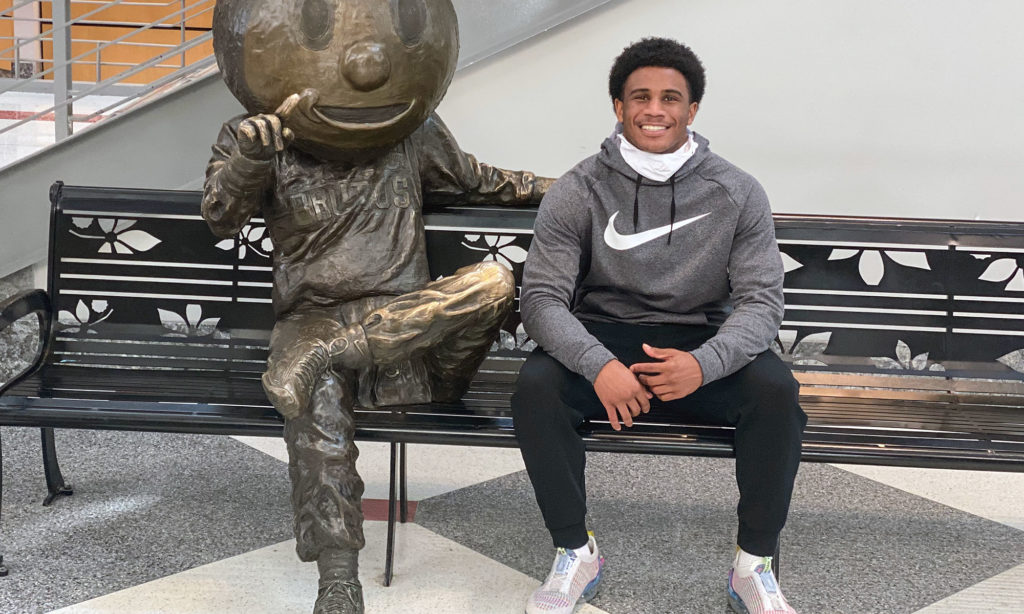 Tony Alford and the rest of the Ohio State coaching staff made sure it wasn’t.

“They made me feel like a priority,” Hayden told Lettermen Row. “And my family [felt it], like as soon as we walked in the door.”

That’s why Dallan Hayden didn’t leave back through the door without committing to Ohio State. He felt all along the Buckeyes were the program for him.