His quarterback is a legitimate Heisman Trophy candidate, whether he offers his official endorsement or not. And the Dwayne Haskins campaign isnâ€™t slowing down any time soon.

Maybe this isnâ€™t exactly a new development given the absurd statistical start Haskins got off to this season once he was given the reins for the high-powered Buckeyes. But the redshirt sophomore has now hit the midway point of the regular season after picking apart Indiana in a 49-26 win on Saturday at the Horseshoe.

And at this point the sample size is large enough to know for sure that what heâ€™s doing is no fluke.

â€œI never want to hold our players back,â€ Ohio State coach Urban Meyer said. â€œBut I donâ€™t know what else is out there.

â€œI certainly never want to take away from elite [performances]. That was 455 yards, now, and high, high-end percentage completion. … I mean, Iâ€™m not going to hold him back.â€

Meyer did hold back on that H-word after the latest masterpiece from Haskins, which maybe is fair since this one actually did come with a couple blemishes. 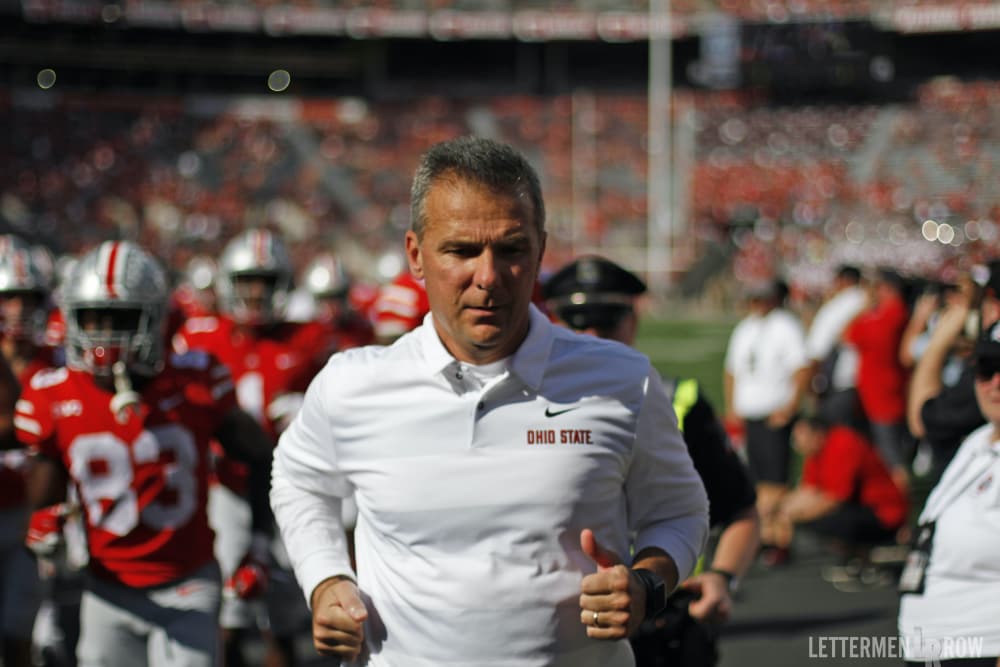 The Buckeyes were a little out of sorts at times offensively, and Haskins was the first to admit that some practices were sluggish coming on the heels of the fourth-quarter comeback last week at Penn State. Haskins was again pressured and wound up with the first two-interception game of his young career. There were also a couple throws that he just missed that could have been surefire touchdowns.

â€œIâ€™m not going to lie, we probably are still tired from last week,â€ Haskins said. â€œDefinitely was a little low in energy during practice this week. But best thing about today is we found a way to win, even though it wasnâ€™t pretty at all times throughout the game. Football is about overcoming adversity.

â€œYou know, even though we won, it didnâ€™t feel like one of the best games we played. But letdown? No, just room for improvement.â€

Thatâ€™s almost certainly true for the Buckeyes, particularly on defense. But itâ€™s getting hard to imagine just how much better Haskins can get moving forward.

The deep strikes to guys like Johnnie Dixon and Binjimen Victor can be jaw-dropping to watch. His toughness when he gets hit continues to offer reminders of how his impressive physical tools come in handy for more than just uncorking passes. And with six more touchdown strikes against Indiana, heâ€™s now up to 25 for the season — just 10 short of the schoolâ€™s single-season record with half of the season still ahead of him. 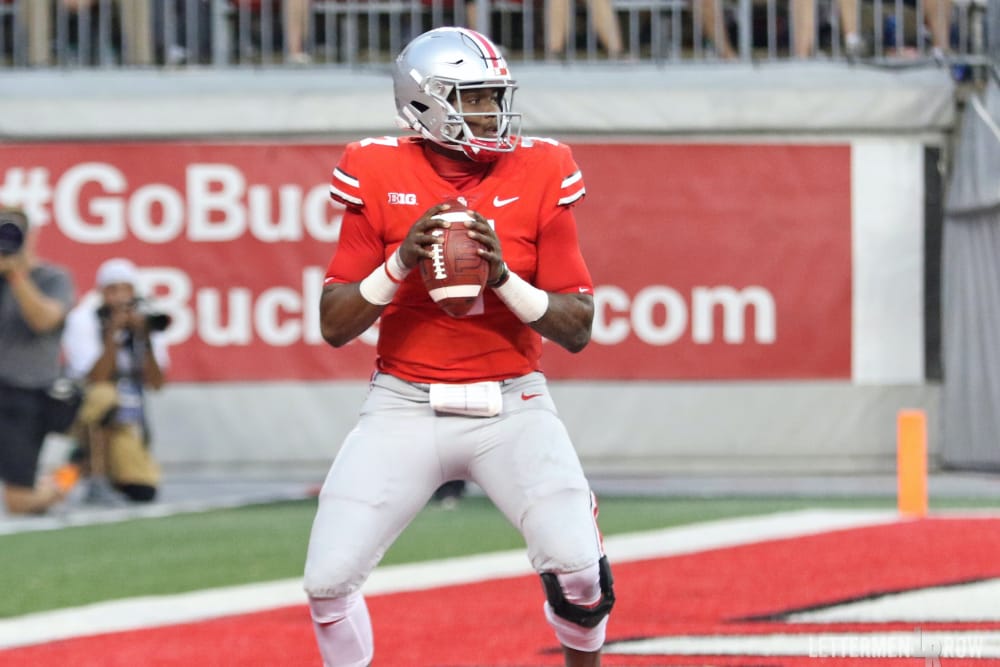 Dwayne Haskins is in the thick of the Heisman conversation for the Ohio State Buckeyes. (Birm/Lettermen Row)

More often than not, championship contenders have to rely on the most important position the roster to take them where they want to go. And there can be no question that the Buckeyes have a guy to lead them there, even when the defense is getting gashed for big plays or the running game vanishes.

â€œFirst of all, weâ€™re biased because heâ€™s our guy,â€ wide receiver Terry McLaurin said. â€œBut I feel like a guy who is a first-year starter? Iâ€™m not going to take any credit from the guys doing what theyâ€™re doing at other schools, but heâ€™s beat two top-15 teams on the road in tough environments and through a lot of adversity.

For a first-time quarterback to come in and do that with our offense, the numbers heâ€™s putting up … the more plays we make for him, the more confidence it gives him and his ability takes over the rest.â€

Look, the natural talent was already well known before he even took a first-team snap for the Buckeyes. The way Ohio Stateâ€™s offense was going to evolve with his arm strength had been assumed for months. And itâ€™s no secret that the deep, athletic group of wide receivers have been raving about what Haskins could do with and for them this season.

So, sure, some of this isnâ€™t exactly breaking news. And Meyer refusing to stoke the debate over awards probably isnâ€™t a significant development either, since heâ€™s never in a hurry to welcome in additional distractions for his program.

But Dwayne Haskins is proving every week that the discussion isnâ€™t going away. And itâ€™s also becoming more and more clear that Ohio Stateâ€™s potential is directly tied to its Heisman candidate.

Ready or not, campaign season is kicking into high gear.