COLUMBUS — As if Ohio State didn’t have enough talented targets at its disposal, Emeka Egbuka is already adding to the arsenal.

The nation’s top-ranked recruit at his position when he signed with the program, Egbuka has quickly made a splash for the Buckeyes. His black stripe was removed on Tuesday after just Practice No. 13 as an early enrollee, putting him solidly in contention for the rotation at wide receiver this season.

Egbuka and fellow freshman wideout Marvin Harrison Jr. have both now been called up in front of the team and ceremonially been welcomed as full-fledged Buckeyes. And along with Jayden Ballard, Ohio State has used March and April as a springboard to add to the depth at wide receiver as it builds one of the most impressive positional units in the country.

“It’s been huge,” Ohio State coach Ryan Day said. “I think they’re much further ahead than they would be if they got here in the summer. All three of them are very talented, and they’re learning quickly — but we’ve still got a long way to go. 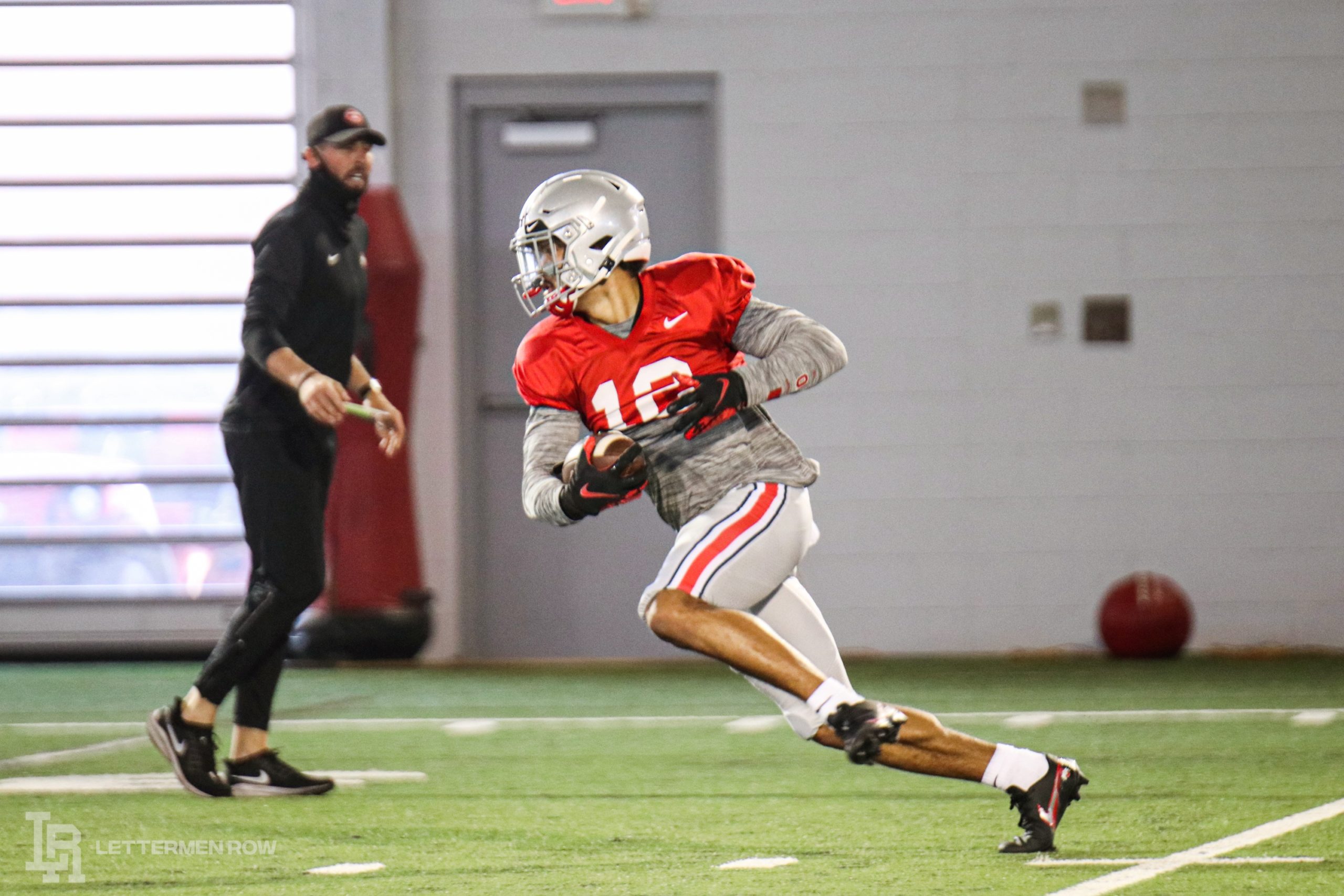 “The more we can put them in live situations, the better. Bright futures for all three of them.”

That has always been projected for the five-star from Washington, and Egbuka is clearly meeting those expectations at this early stage in his development.

The Buckeyes don’t necessarily need guys like Egbuka or Harrison to be instant superstars since both Chris Olave and Garrett Wilson are returning to lead the unit. But wide receivers coach Brian Hartline prefers to use a rotation featuring at least six targets, and the freshmen are pushing to be involved from Day One in September thanks to their solid work in March and April.

Egbuka might also emerge as a potential option to help as a returner on special teams, though that’s one more spot where he’ll have to compete against returning veterans if he’s going to climb to the top of the depth chart.

Either way, Emeka Egbuka has already proven he belongs with Ohio State. And he’s got the stripe removal to prove it.