Gabe Powers ready for next step, commits to Ohio State
Aritcle written by:

Ohio State football recruiting can be a wild ride full of twists and turns as recruits from all over the country maneuver their way to signing day. Lettermen Row is here to help navigate the tumultuous roads by getting to the heart of the matter with the young football players and Ohio State coaches and staff members themselves. This episode is with Ohio prospect Gabe Powers, who has just announced his commitment to the Buckeyes.

Though most people who knew him expected an eventual commitment to Ohio State once the Buckeyes offered him, there were a number of college visits that Gabe Powers intended to take before making a college decision.

Penn State, Notre Dame, Clemson, another trip to Michigan maybe. Those were all on the docket at some point for Ohio’s top-ranked 2022 prospect. Then the world shut down as a result of the Covid-19 pandemic, and the 6-foot-4, 225-pound Powers had to adjust his way of thinking knowing that no visits were taking place anytime soon. 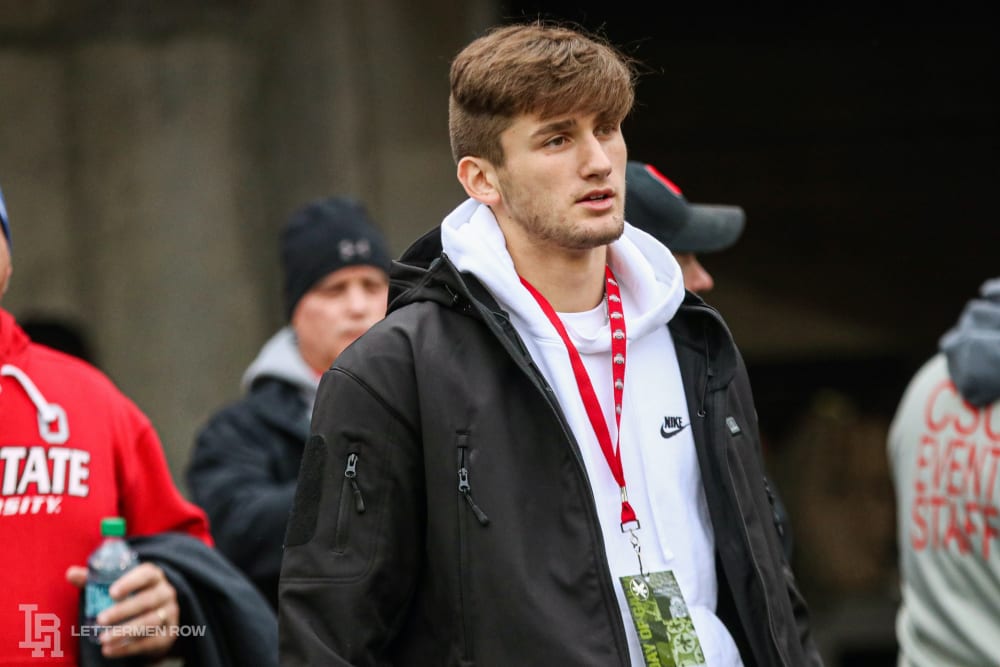 â€œI wanted to get down to see how teams coach the guys in person,” Powers told Lettermen Row two weeks ago. “So I could actually make a decision.”

Ohio State was one place Powers had seen a few times. The relationship between him, his family and the Buckeyes stood tall above the rest for months ahead of the recruiting shutdown. The Buckeyes made the most sense from the start for a young standout whose family was full of Ohio State football fans. The plan for Powers was to take his time, to see where he fit in the most. But as time went by, he increasingly realized that place was the school he already knew the most.

Why end his recruitment now? What did the Buckeyes do that made Ohio State stand out the most to Gabe Powers? Will he still try and take other visits down the road? The newest 2022 verbal talks about those things and more in a commitment edition of Birminology on Lettermen Row.