COLUMBUS — Ohio State defensive tackle Haskell Garrett is recovering from a gunshot to the face and is expected to be released from the hospital on Monday morning.

The Buckeyes confirmed the positive health developments for the senior in a school statement that came one day after Garrett was hit with a bullet in his cheek during a shooting in the early morning hours on Sunday.

“Haskell Garrett has been receiving excellent care at the Ohio State University Wexner Medical Center for the injuries he received on Sunday,” Ohio State coach Ryan Day said in a statement. “We anticipate he will be released from the Medical Center this morning. On behalf of his family and this football program, we would like to thank all those who have been a part of Haskellâ€™s treatment and we are grateful that he will be heading home today.

“We will continue to help him and his family any way we can to expedite his recovery.” 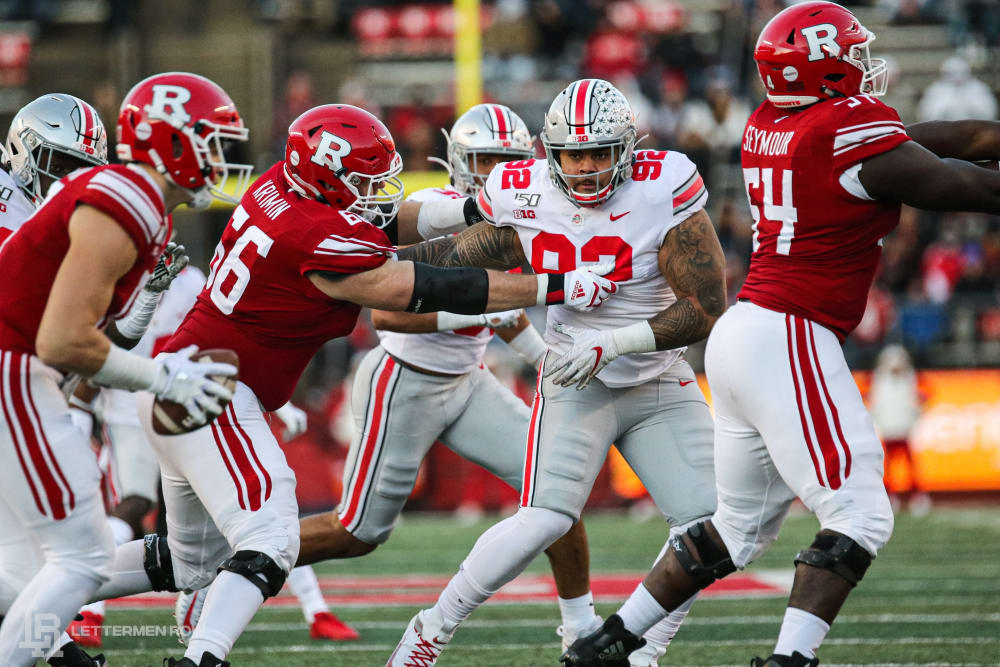 Ohio State defensive tackle Haskell Garrett is expected to be a key cog for the Buckeyes. (Birm/Lettermen Row)

Additional details for the incident were not provided by Ohio State, and there’s no public timeline for when Garrett might resume workouts with the program moving forward at this point.

According to police, officers responded to a reported shooting at the 400 block of Chittenden Avenue just before 12:30 a.m. on Sunday. When they arrived, they found blood on the street and a shell casing according to the initial report by WBNS-10TV.Â Following a blood trail, the officers were led to an apartment on East 11 Avenue, where they found Garrett with a gunshot wound.

Garrett is entering his senior season with the Buckeyes, and he’s expected to be one of the key cogs for the Rushmen unit on the defensive line. He’s a veteran of 33 games with Ohio State, contributing 20 tackles and 2.5 tackles for loss so far in his career after signing with the program as a four-star recruit out of Las Vegas.

Lettermen Row will have more information on this developing story as it becomesÂ available.