Kerry Coombs offered Singletary in early November, but was assisted in a major way by Tony Alford, who is Ohio State’s primary door-opener for recruits in Florida. The relationship between the two sides took off from there.

Singletary made his announcement on Saturday and the Buckeyes landed his commitment over Florida, Georgia and Clemson, who were in the final four schools trying to land the impressive young talent.

Lettermen Row is analyzing the choice by Jaheim Singletary and what his commitment means to Ohio State, the Big Ten and the national recruiting scene for the Class of 2022.

As a high school freshman, Singletary burst onto the national recruiting scene when he picked off seven passes for Jacksonville (Fla.) Robert E. Lee High School. Though he had no interceptions as a sophomore — he missed a few games with injury — the ride to stardom didn’t slow down. He became a top-10 recruit in the country thanks to his physical style of play and unique frame. At just under 6-foot-2, Singletary has a 74-inch wingspan that allows him to easily and effectively move receivers the way he wants them to move.

Singletary has excellent ball skills — proved by the leaping and diving interceptions shown in his highlight film — but what really has made him a high-priority for the country’s elite programs is his attacking mentality on the field.

“Heâ€™s a humble young man, down to the earth,” Koreen Burch, Singletary’s 7-on-7 coach and close family friend, told Lettermen Row. “On the field, though, heâ€™s got that dog mentality. You see it every play. ‘I am not going to take a play off.’ He shows it every play, and that’s really what coaches have been seeing. He’s a true leader and a major competitor.”

At almost 180 pounds now, Singletary has the frame to easily add 15 or 20 more pounds — and he could still be getting taller, making him the perfect cornerback prospect for what Kerry Coombs and the Buckeyes defense likes to do. The adjustment from here to college will more mental than physical for Singletary.

“Itâ€™s about developing more and being ready, overly ready, to take over,” Burch said. “When he gets to that level, everyone is physically gifted and fast. Itâ€™s the mental aspect thatâ€™s the biggest transition. You have to do film study day in, day out, in college you canâ€™t just get by on your skills like you can in high school. He’ll be ready for that challenge.”

As for the always interesting Buckeyes comparison? Jaheim Singletary has been positive compared to Jeff Okudah by Ohio State sources.

If a program is adding a top-10 player, it’s pretty huge no matter the position. But to find a 5-star cornerback from Florida, in a class that will be an important one for Kerry Coombs, is very important.

The Buckeyes have been linked to a number of big-time corners in that class, but it’s going to be very difficult to lure players like Domani Jackson, Will Johnson and Denver Harris away from their home-state schools. So the importance of plucking a player like Singletary from under Florida’s nose this early in the process can’t be overstated. Now Singletary can put on his recruiting shoes and start working alongside Jyaire Brown to bring in the rest of the 2022 Ohio State secondary haul — and that is something he’ll be good at according to Burch.

“Heâ€™s definitely that type of kid,” Burch said. “Heâ€™s constantly working on getting other kids to play with our 7-on-7 team, he wants the best of the best around him. Heâ€™s going to be all about bringing that type of player to Ohio State.”

Is there reason for the Buckeyes to be concerned about drama between now and signing day? Recruiting in the south is a risky proposition at times because of the dramatic flair players from that region usually possess. That shouldn’t be an issue for Jaheim Singletary.

“With Ohio State, it’s about the relationships heâ€™s built, especially with Coach Alford, and building that comfortability, he feels at home, at peace,” Burch said. “He talks to them about football, but itâ€™s more than that. He is a very loyal kid, he put his mind to playing at Robert E. Lee and heâ€™s not a flip-flopping type of guy.” 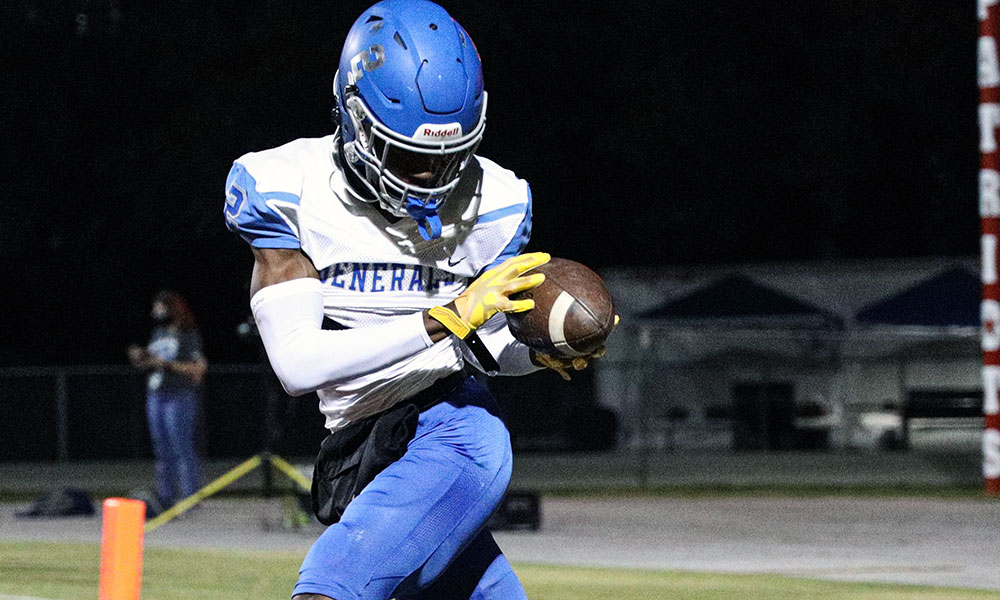 The Buckeyes recruiting class in 2022 is off to a pretty incredible start.

With Singletary in the mix, there are now 10 commitments and six of them are ranked inside the top-65 players in the country. Jaheim Singletary joins Quinn Ewers and Caleb Burton as composite 5-star commitments. That trio, along with Tegra Tshabola, Bennett Christian, Benji Gosnell, Gabe Powers, C.J. Hicks and Brown, give Ohio State more verbals in 2022 than any other program and a very healthy early lead as the nation’s best class in that cycle.