COLUMBUS — Speed thrills. It always has.

Which is why on an Ohio State football field abundant with elite athletes these days, Jameson Williams stands out.

It was obvious when he was a mere freshman from St. Louis that Williams had the extra pep that caused a defensive back to take an extra step backward before the race commenced, that the Buckeyes receiver had the pop to take the top off of a defense at any point if not properly fenced.

Yet Garrett Wilson was the receiver from the 2019 signing class who rose above and became more and more a primary part of the Buckeyes rotation. It was Wilson who had the opportunity and took advantage of it to make the most memorable catch in the teamâ€™s College Football Playoff semifinal loss to Clemson.

Williams was just offering a taste of what could be coming. Otherwise, he was in the process of learning what it takes to be a player on the major college level.

Playing for Ohio State wide receivers coach Brian Hartline is about a lot more than simply running fast, running routes and catching passes. Accountability in the requirements off the field, such as academics and studious attention to video and other details are what help a man get on the field more often. 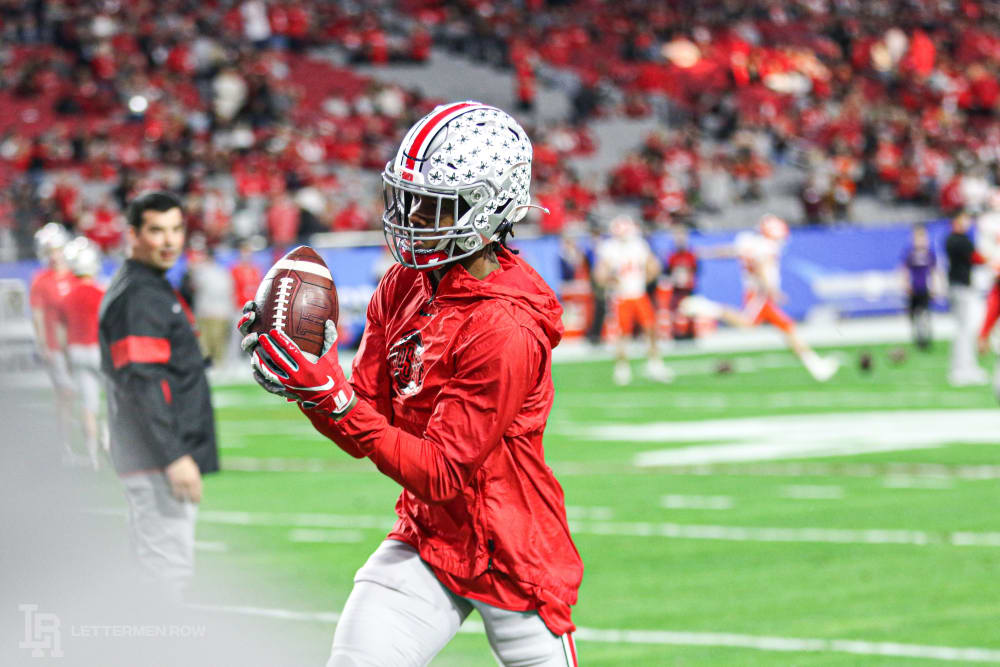 â€œI feel like Iâ€™ve been a lot more focused and got a whole lot better in everything, in the classroom on the field,â€ Williams said this week. â€œI feel like it will all come together soon and show during the season.â€

Toward checking all those boxes, a â€œyear olderâ€ Williams has made obvious progress, Hartline said.

â€œHe has had the opportunity to build work, to build a portfolio over time,â€ he said. â€œBut heâ€™ll even tell you he could could do better than he currently is. And that mindset is really important.

â€œHeâ€™s trained well. Heâ€™s had a great offseason. Academics are coming up. All that plays a part. I think the body of work has continued to compile, and we have a ways to go. But I think heâ€™s doing a good job in that light. And I think that heâ€™s not the only guy.â€

Ah, the nut phrase: Heâ€™s not the only guy. These days, as the Buckeyes move into the full-contact phase of their Covid 19-delayed start of their full-pad preseason practices headed toward the Oct. 24 opener with Nebraska, Hartline stands in front of perhaps the deepest collection of receiver talent around.

Chris Olave. Garrett Wilson. Jameson Williams. A reportedly healed Kamryn Babb. Journeymen Jaylen Harris and Ellijah Gardiner. Demario McCall, eager to carve any kind of niche he can as a receiver or running back this season. Those are the upperclassmen in a room that includes what recruiting experts labeled the best receiver signing class of 2020 in Julian Fleming, Jaxon Smith-Njigba, Mookie Cooper and Gee Scott.

Hartline would be the first to agree that competition and observational osmosis can do more for heightening the learning process than any coachâ€™s oratory. 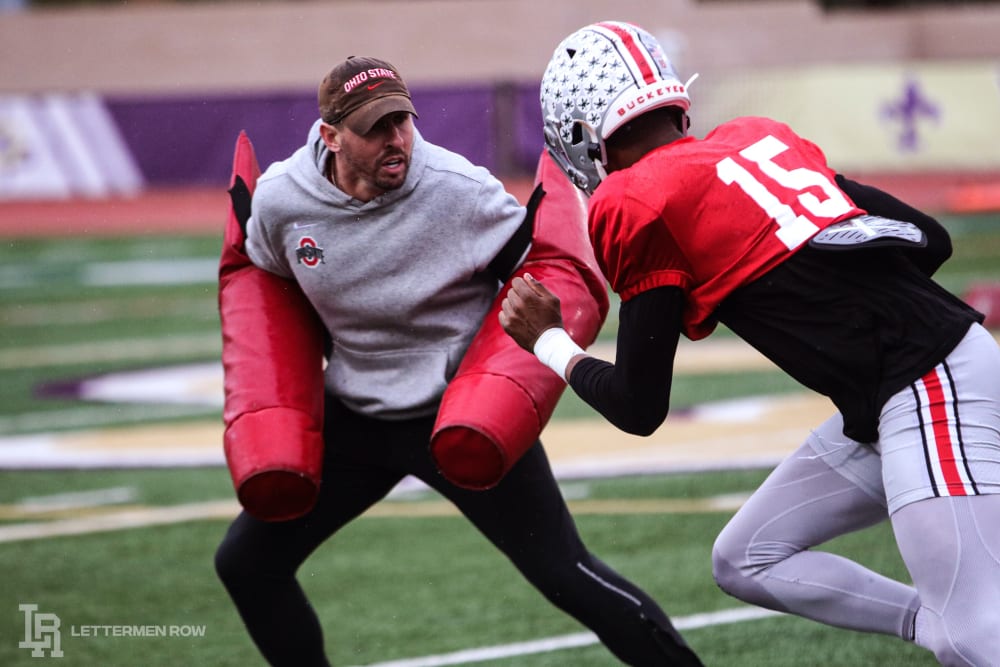 â€œSo if I want to be the best receiver I can be, I want to be surrounded by some of the best receivers in the country. Thatâ€™s been a big part of it all. At the end of the day, these guys do have goals, but nearsighted goals are: I want to start at Ohio State. And if itâ€™s easy to do so â€¦ how really hard do you have to go to achieve that goal?â€

The depth of the Ohio State receiver corps answers that question.

â€œItâ€™s just a battle, day in, day out, friendly competition side by side,â€ Hartline said. â€œAgain, not everybody is great at everything. But [the mindset is]: ‘Thereâ€™s somebody in this room that can do something I donâ€™t do, and if I can learn from that, I can add that to my game.'”

Such is the plan this season as Jameson Williams tries to step up in the rotation. A major achievement for a young man who has almost always been the fastest person on any field upon which he has stepped is to be much more than a burner.

â€œYouâ€™re trying to operate in a world of, â€˜What if I wasnâ€™t that fast?â€™” Hartline said. “And if youâ€™re able to embody that approach, a really special player can come out of that.

“He already has a physicality that a lot of receivers donâ€™t have. He loves the contact piece. Now it’s making sure that with speed and with blocking that weâ€™re under control, that we operate with purpose.â€