COLUMBUS — An influx of experience, size and ability is coming to the Ohio State offensive line.

The Buckeyes addressed one of the most pressing concerns on the roster Monday by again turning to the transfer database, this time landing Rutgers graduate Jonah Jackson as a guard who will have immediate eligibility once he arrives on campus. The honorable mention All-Big Ten performer and a respected captain for the Scarlet Knights confirmed the move to Lettermen Row, and Jackson will go directly into a position battle among interior linemen and could potentially emerge as a starter for a revamped unit that must replace four full-time starters from last season.

Jackson visited Ohio State last month as he weighed his next move. And after narrowing down his options in what amounted to a two-team race against Oklahoma, he traded up from the lowest spot in the Big Ten East Division standings to join the two-time defending conference champions.

“Ohio State just felt like the perfect fit,” Jackson told Lettermen Row. “I enjoyed my time tremendously on my short visit there and bonded with players really well. Also, the relationship Iâ€™ve been able to establish with the coaches is awesome, and I trust in the plan that they have set forth.

“Itâ€™s crazy I had the opportunity. Itâ€™s been a great time, but itâ€™s time to get to work.”

Jackson did it impressively for the Scarlet Knights. For all the struggles over the last couple years for Rutgers, the offensive line has actually been something of a bright spot for the program — and Jackson played a prominent role in that relative success. As a redshirt junior, the 6-foot-4, 305-pounder started in 11 games for a team that finished second in the Big Ten in sacks allowed. 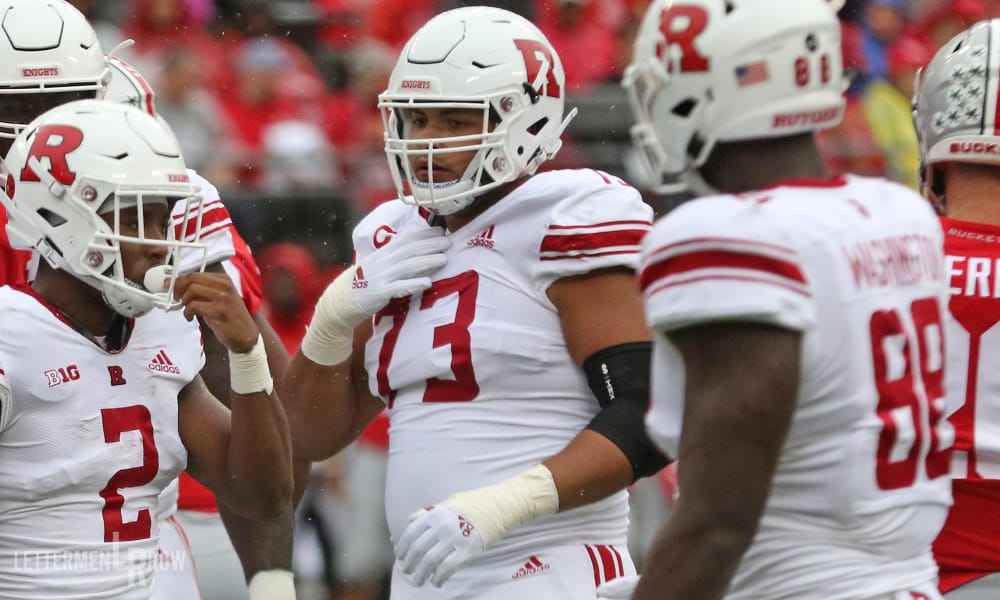 Ohio State will welcome Jonah Jackson to the program as a graduate transfer from Rutgers. (Birm/Lettermen Row)

Jackson also brings previous experience at center with him to Ohio State, and that versatility will be just as important as offensive line coach Greg Studrawa mixes and matches his personnel to get the right group of five on the field. The Buckeyes again have to replace the anchor in the middle after Michael Jordan declared for the NFL Draft, adding to the turnover up front after right tackle Isaiah Prince and guards Demetrius Knox and Malcolm Pridgeon all graduated.

The Buckeyes are expecting Josh Myers to handle the key snapping role, but the addition of Jackson could provide a bit more flexibility and competition while he also battles for one of the vacant guard spots — with Wyatt Davis expected to maintain his hold on the other.

No matter how that group eventually shakes out, there’s no question that Jonah Jackson’s decision to join it should provide a boost for the Buckeyes.