The speculation, debate and conversations about Ohio State never end, and Lettermen Row is always ready to dive into the discussions. All week long, senior writer Austin Ward will field topics about the Buckeyes submitted by readers and break down anything that’s on the minds of the Best Damn Fans in the Land. Have a question that needs to be tackled, like the one today about Ohio State and how Josh Fryar could emerge as a starter in the opener at Minnesota? Send it in right here — and check back daily for the answers.

First he was a breakout performer in spring practice.

Then Josh Fryar was a fixture at seemingly every summer event teaching the finer points of offensive line play to young campers.

The next step for the redshirt freshman is carrying that momentum into training camp. And by the time September rolls around, maybe any shock will have worn off and seeing Fryar in the starting lineup might just be the expectation for the versatile big man.

There is a lot of work to do, of course. And there might not be any competition more heated than the one Ohio State has for what would appear to be the final open spot on an offensive line that could develop into the best in the nation.

But Fryar has quickly proven that he belongs squarely in that conversation, and it really wouldn’t be a surprise to see him on the field for the first snap of the season at Minnesota. 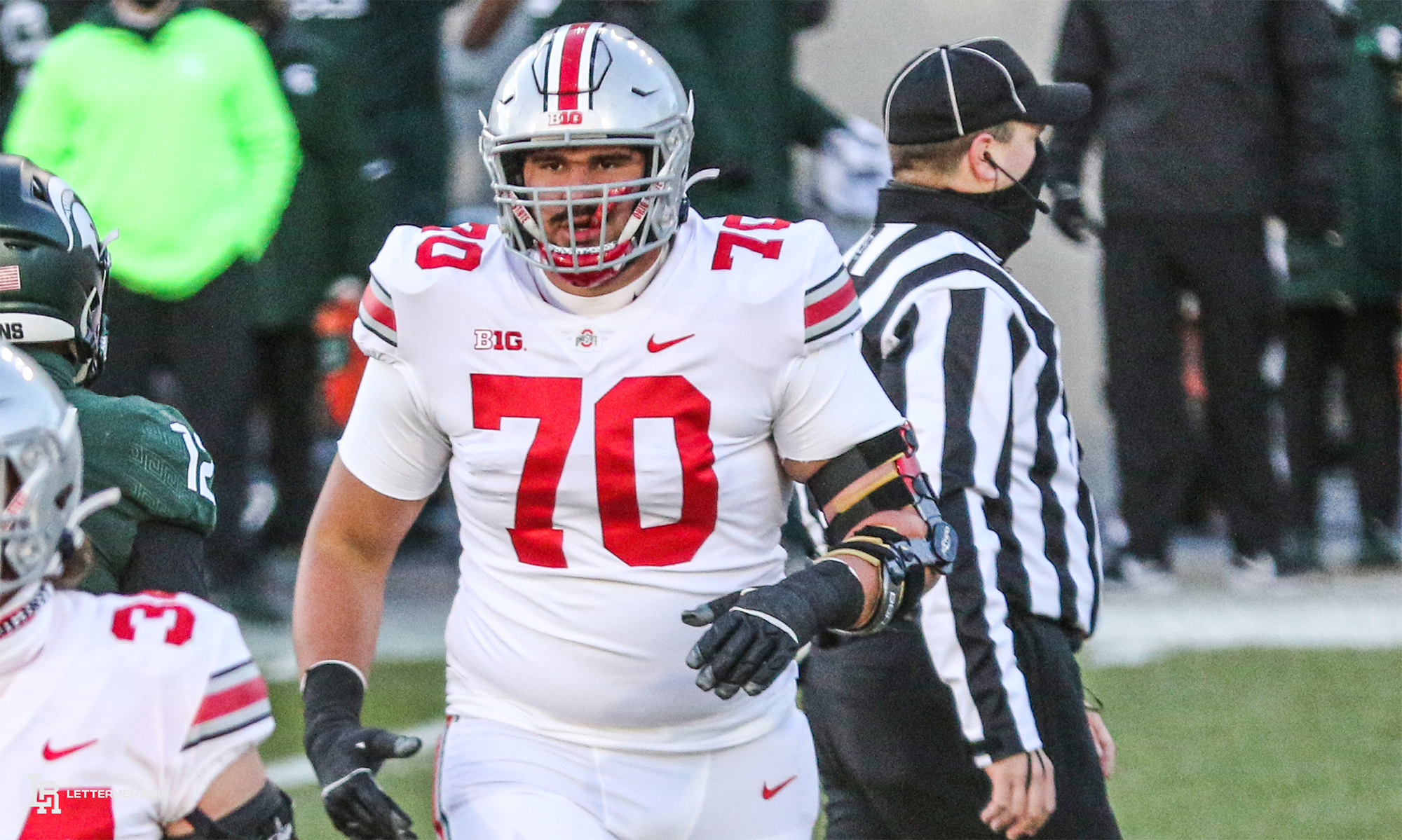 “100 percent,” Ohio State left tackle Thayer Munford said. “I saw it when [Fryar] first came in during the summer. There was some stuff that was tremendous, and I was like: Wow, you actually have a chance to play here. But at the same time, then the challenge is what you do with it now. He was doing good, but then you have to keep going, keep pushing a lot more. Josh should keep pushing to actually be the starting guard, or to be better than me or better than Wyatt [Davis] or Josh [Myers] or anybody else who has come through the program.

“The interior part of the line is wide open, of course. But at the same time, it just comes down to who wants it more. If you want it, go get it. So, it’s not like we’re going to just pick the guys that we think should do it. It’s up to the guys who can go get it. Then we’ll figure out by the end of camp who has actually earned that spot.”

The Buckeyes don’t officially have starters tabbed to replace Myers or Davis on the interior, though Paris Johnson is a stone-cold lock to claim one job at guard and Harry Miller is almost certainly going to emerge as expected at center. That leaves a potentially wild battle royale to line up next to Munford on the left side, with Matthew Jones, Enokk Vimahi, Luke Wypler and perhaps even touted freshman Donovan Jackson all vying for the role with Fryar.

There is champion-level experience with a guy like Jones and an absurd amount of recruiting stars assembled on that depth chart, so betting on just one blocker to emerge from such a crowded field is certainly risky. Considering the physical demands of that position, the Buckeyes are likely going to need more than just their top five guys on the line to get through the season anyway.

From that perspective, Josh Fryar figures to play an important role no matter what. But he might also find himself in that first group at Minnesota, and the ball has certainly been rolling that way for the better part of the year now.