The Buckeyes would obviously prefer not to have to keep testing that theory out, though.

Proctor can handle coverage duties like a cornerback. He can load up the box as a run-stuffing safety. He can defend tight ends, run with wide receivers and match the physicality of a tailback. So, when other programs might be in scramble mode when injuries or positive tests decimate the depth chart, as long as Ohio State has a healthy Proctor, it’s got a ready-made solution for just about any role.

Where is the junior defensive back best for the Buckeyes? As long as he’s on the field in the Sugar Bowl against Clemson, that’s all that really matters as the Swiss-army knife has proven to be one of the most indispensable parts of the Ohio State game plan.

“Josh, he’s an athlete,” Ohio State cornerback Shaun Wade said. “He could play all five positions, in my opinion. That’s just how it is.” 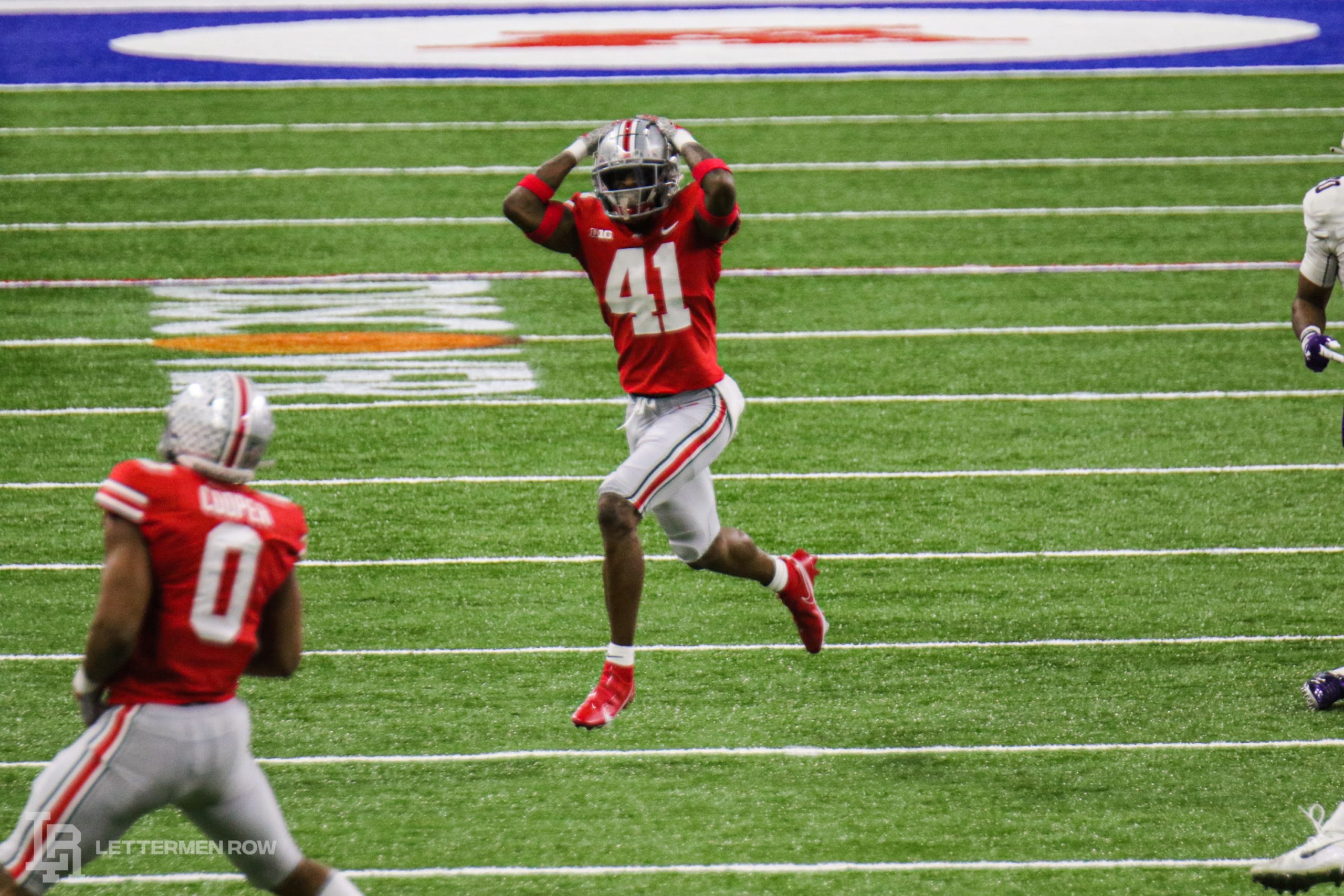 Ohio State safety Josh Proctor could have made even more plays in the Big Ten title game. (Birm/Lettermen Row)

With three other safeties scratched before the Big Ten championship two weeks ago, Proctor was pressed into a full-time role in the single-high scheme. And while he wasn’t perfect with every assignment, considering how short the notice was for his latest role with the Buckeyes, his four tackles and key interception in the second half were a clear reminder of how impactful he can be for the Silver Bullets.

That will be particularly important against Clemson and its high-powered passing attack. And after missing on the chance to help swing the matchup with the Tigers last year, Proctor will certainly have plenty of motivation to show how far he’s come since then — wherever the Buckeyes need him.

“It was a big scramble, and we had three healthy safeties ready to play in the game,” Ohio State defensive coordinator Kerry Coombs said on Tuesday. “So, that was significant. And the kids did a really nice job. That’s the COVID environment, right, of adapting and overcoming and accommodating and we would certainly like to be much more â€‘â€‘ much closer to full strength on Friday.”

The Buckeyes expect that will be the case. But either way, they’ll be counting on Josh Proctor as a potential Sugar Bowl X-factor.

What is allowing Josh Proctor to make more of an impact for Ohio State? How can the Buckeyes safety help contain the Clemson offense? Where can he still improve in the back of the defense? Former Ohio State captain Zach Boren popped in some highlights with Lettermen Row and answered those questions in the latest episode of BuckIQ.