COLUMBUS — After months of waiting to find out what J.T. Tuimoloau was going to do, his official visits are now set.

The country’s top-ranked 2021 prospect has scheduled all five, as expected. He’ll rip them off quickly with five trips in 21 days, culminating in a three-stop week that begins with Ohio State on June 18.

More than a year of intrigue and thumb-twiddling turning into a mad dash toward a college decision, finally. Washington, USC, Ohio State, Oregon and Alabama are the contenders. Every school in the mix has a spot for Tuimoloau. The Buckeyes can’t say his name, but the messages from the program this week were unmistakable.

“If there’s any high school seniors still out there, if there’s one that will help the roster, we’ll definitely bring them in on visits,” Ohio State director of player personnel Mark Pantoni said Friday. “We’ll definitely explore every opportunity we have for sure.”

That’s Pantoni being coy, of course. Aside from every school having a spot, those five schools in the mix know J.T. Tuimoloau is a difference-maker. He’s a potential freshman starter despite arriving on campus just weeks before the season will begin. 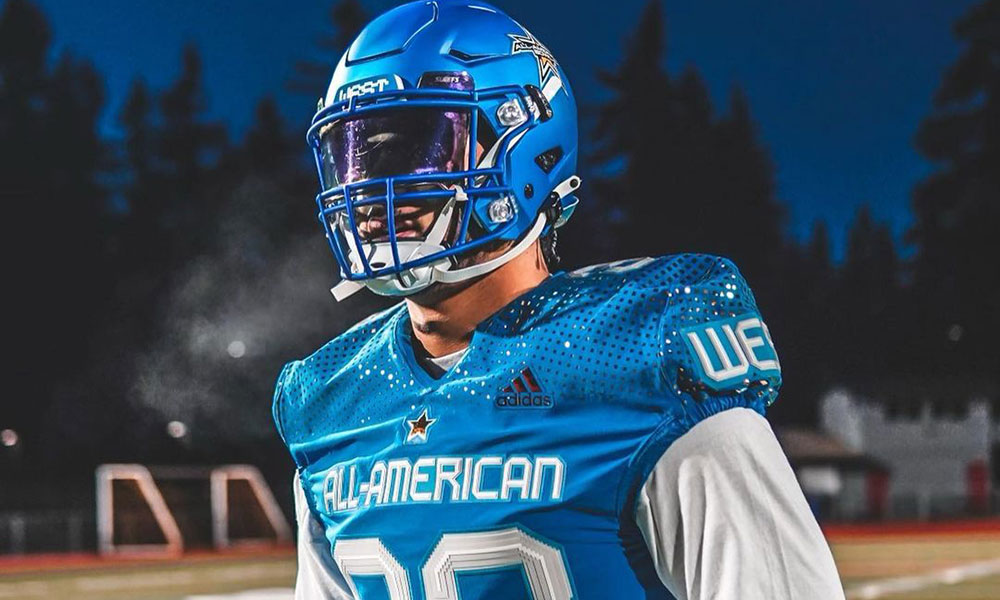 That’s why with his long-awaited official visits finally set, theÂ real hand-wringing can begin. There’s a belief among the recruiting industry that his final three visits with Ohio State, Oregon and Alabama represent the true intrigue. That makes the fact that he’s going to do those trips — bang, bang, bang — in a seven-day window, extremely important. The gap between them won’t allow much of a chance for post-visit glows to occur, let alone hang around.

Ohio State is hosting more than 50 official visitors from the Class of 2022 in what’s going to be an “extraordinary” June. Most of those rising-seniors will do exactly what J.T. Tuimoloau is: Making a handful of trips in short order.

Staying in touch with J.T. Tuimoloau after his official visit isn’t going to be easy. He’s unlikely to spend a lot of time on the phone with Larry Johnson or Ryan Day right after the trip. He’s going to leave Columbus and head straight to Oregon, then Tuscaloosa. These are business trips, and his recruiting timeline is considerably different than 2022 players.

For the country’s top-ranked 2021 prospect, a decision is coming imminently. It has to if he wants to be on campus and ready for fall camps.

A lot of the uncertainty coming up involves what exactly Tuimoloau intends to do with class schedules. Oregon and Ohio State begin summer sessions on June 21 and 22, respectively. Alabama doesn’t start its summer courses until June 29. If each visit gets made, there’s no chance to take summer courses in Columbus or Eugene. At that point, only Alabama and USC — which starts classes on June 30 — become viable options.

If he wants to choose Ohio StateÂ and wants to enroll for summer classes, he can’t make official visits to Oregon or Alabama.

Of course, nothing in this recruitment has been standard to this point. Recruiting visits, and the order of them, aren’t usually something to pay too much attention to.

Given the stakes in this instance, though, it’s likely to create some concern for Ohio State as it continues to pursue J.T. Tuimoloau.