ESPN draft analyst Mel Kiper Jr. revealed his latest, two-round mock draft on Tuesday morning. And the new predictions include the former Ohio State quarterback landing with the New England Patriots after jumping up five spots via a trade with the Dallas Cowboys to take Fields at No. 10 overall.

Kiper has previously had Fields going to the Carolina Panthers at No. 3 and the San Francisco 49ers with the seventh pick. But in Tuesday’s mock draft, KiperÂ has four quarterbacks going before Fields — Trevor Lawrence, Zach Wilson, Mac Jones and Trey Lance.

Fields is the second-best quarterback on Kiper’s big board, but the draft analyst doesn’t see a team taking the Buckeyes product in the top 10.

“All the moves the Patriots made in free agency showed me that they believe they can get right back into competing for the AFC East title, but I don’t think Cam Newton is the quarterback to get them there,” Kiper wrote. “He had too many accuracy issues last season. He’s not the long-term answer. Fields had an up-and-down 2020 season, but he can be a star if he becomes more consistent. And I trust that offensive coordinator Josh McDaniels will get him there.”

While Fields has shown enough to be picked higher than No. 10, landing with the Patriots could be a great fit for him. Learning from a former NFL MVP would give him a chance to grow, and Josh McDaniels and Bill Belichick would make sure to create a system he could thrive in. Plus, the Patriots are the hometown team for Ohio State coach Ryan Day. 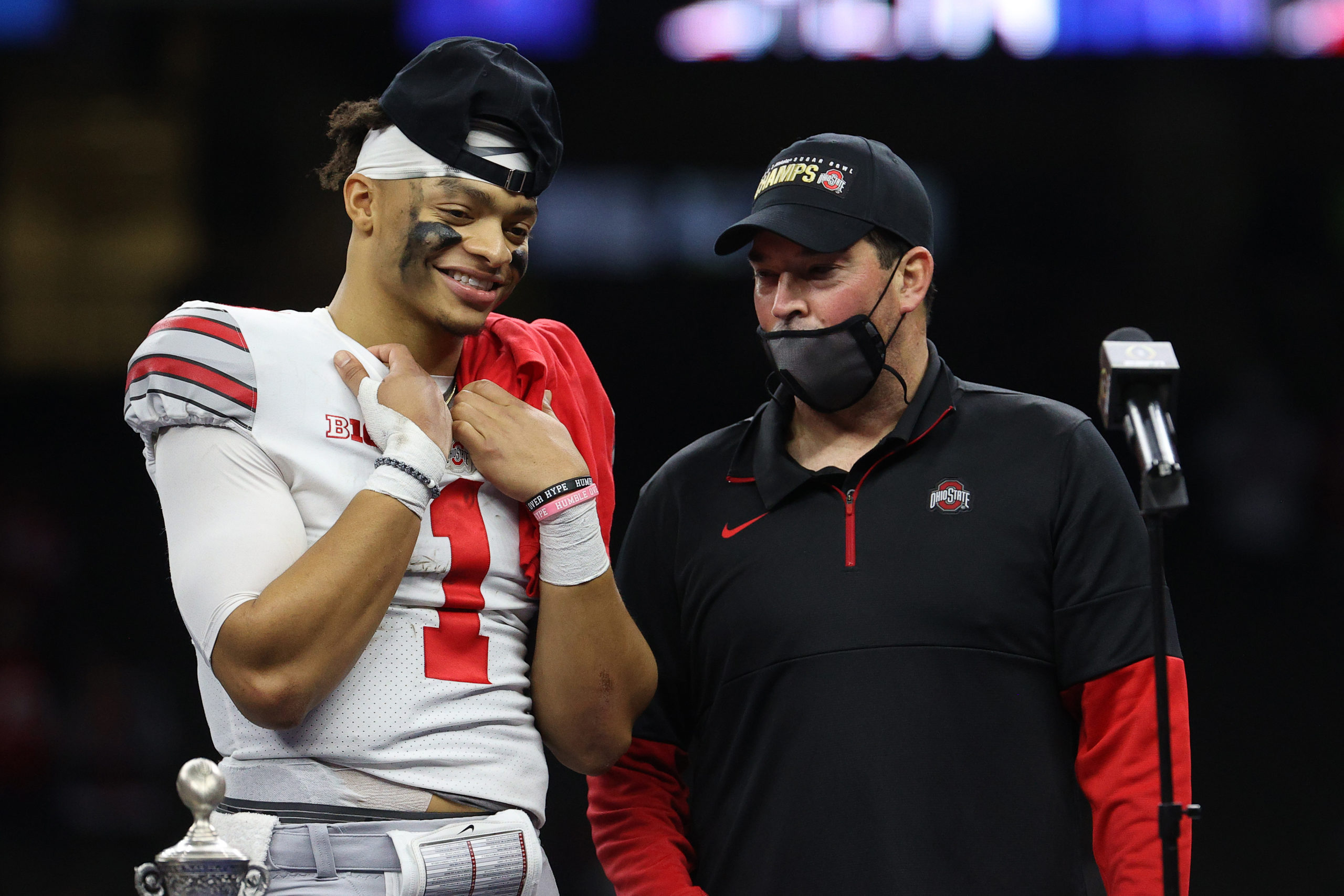 Fields is set to host a second Pro Day on Wednesday in Columbus, with both the 49ers and Patriots reportedly planning to be in attendance. The former Buckeyes quarterback impressed at his first Pro Day in late March, delivering an absolute bomb rolling out to his left and running a 4.44-second 40-yard dash.

Recently, Fields has been scrutinized more than any other prospect in this year’s NFL Draft. The focus has been on a couple bad decisions he made against Indiana and Northwestern in a rollercoaster-filled COVID-19 pandemic season. The Buckeyes program has stood up for Fields, led by Ryan Day.

Kiper has Justin Fields as the only Ohio State player being picked in the first two rounds of the NFL Draft, which begins with the first round on Thursday, April 29 at 8 p.m and will be broadcasted live by NFL Network, ABC and ESPN.