The speculation, debate and conversations about Ohio State never end, and Lettermen Row is always ready to dive into the discussions. All week long, senior writer Austin Ward will field topics about the Buckeyes submitted by readers and break down anything that’s on the minds of the Best Damn Fans in the Land. Have a question that needs to be tackled, like the one today about Ohio State and the potential for aÂ trap game on the schedule? Send it in right here — and check back daily for the answers.

Which is the trap game for the Buckeyes this year?

Ohio State has just about everything it could ask for in a schedule.

The Buckeyes have enough tests on the slate to verify their College Football Playoff candidacy, and they are also spaced out reasonably nicely from start to finish. Ohio State will almost certainly again be favored in every matchup, the two opponents projected to be the toughest will visit the Horseshoe and this is a year that only includes five road trips.

So, where might the Buckeyes want to be on high alert for a potential trap? Honestly there aren’t a lot of options, particularly for a team as talented as the one Ryan Day has coming back for his third season in charge. But let’s narrow it down and make a pick.

For starters, set aside anything in the Horseshoe. Ohio State has built one of the most remarkable home-field advantages in the sport, and it won’t take any opponent lightly in Columbus — which is even easier to do when Oregon and Penn State could both arrive with top-10 rankings. The Buckeyes have a tricky two-game set in November with Purdue and Michigan State visiting the Horseshoe, but the program will still want revenge against the former and knows better than to ever take the latter lightly. 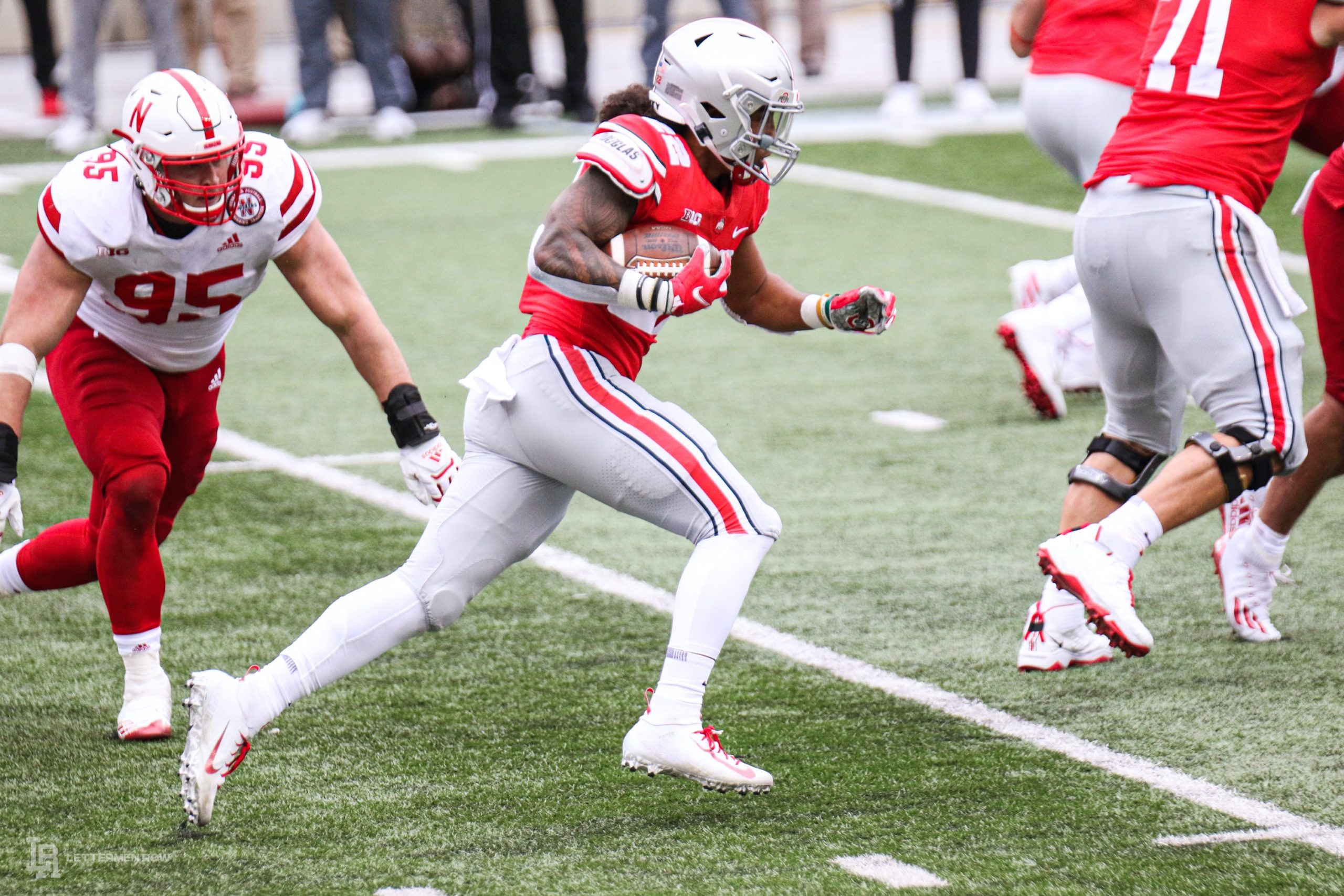 Remove The Game from consideration for obvious reasons, especially on the heels of missing a chance at what could have been an historic rivalry beatdown last year. That leaves four Big Ten road games for the Buckeyes, and there are probably compelling cases that can be made for each of them.

Minnesota, though, can be ruled out since motivation will definitely not be a factor for a season-opener in primetime. Strange as it still might sound, Indiana can’t be considered a sneaky pick anymore after looking every bit the part of a contender last year and pushing the Buckeyes in a thrilling shootout. To a lesser extent, the relative rise of Rutgers and the fact that it will signal the true start of conference play suggests Ohio State won’t be sleep-walking through that trip either.

That leaves Nebraska. And while it’s far from a guarantee that a coach who has appeared as overwhelmed and unprepared for the job rebuilding the Huskers as Scott Frost can turn it around this season, it’s certainly a possibility based on his previous track record and the time he’s had to assemble the roster he wants. Nebraska will have a sellout crowd as always doing its part to make it difficult on the visitors, and it could be catching the Buckeyes trying to fight off the physical hangover coming off back-to-back slugfests with Indiana and Penn State. Perhaps more than anything, Ohio State might need to guard against complacency if it heads into November unbeaten as expected while facing what will likely be an early kickoff in Lincoln.

Given the series history between the two programs, it’s hard to really imagine the Huskers giving the Buckeyes much of a test. But the same would have been true before traveling to Iowa or Purdue in the past, and Nebraska will have its shot at springing another West Division surprise late in the year.